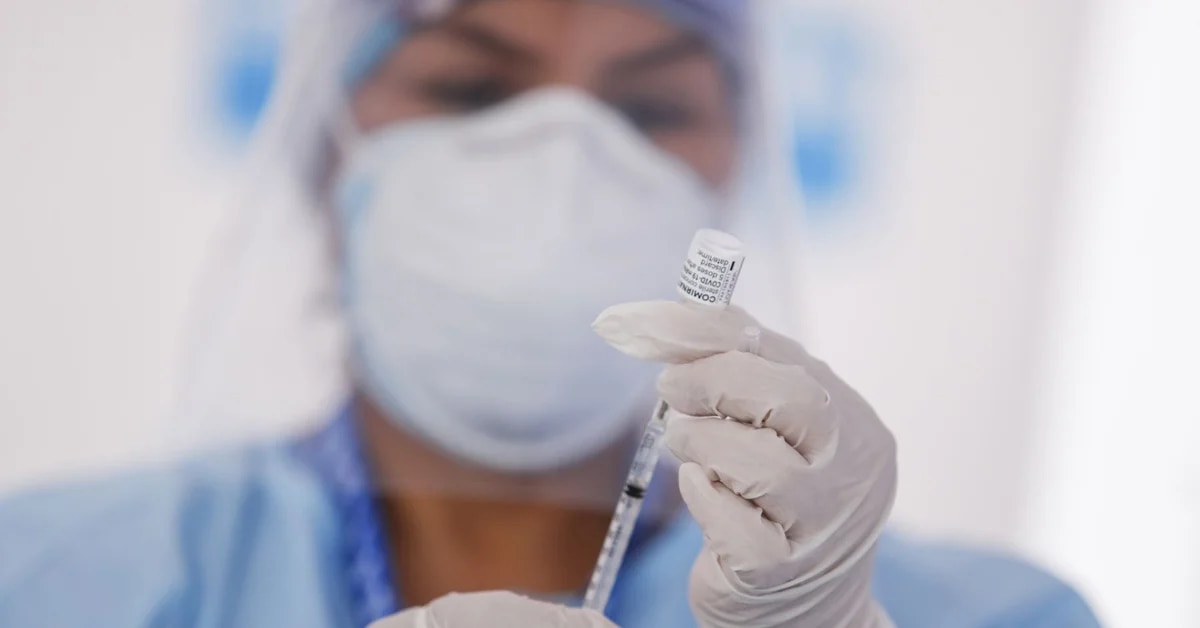 COVID-19: bivalent vaccines have not yet arrived in Argentina, but they are already applied in other countries in the region 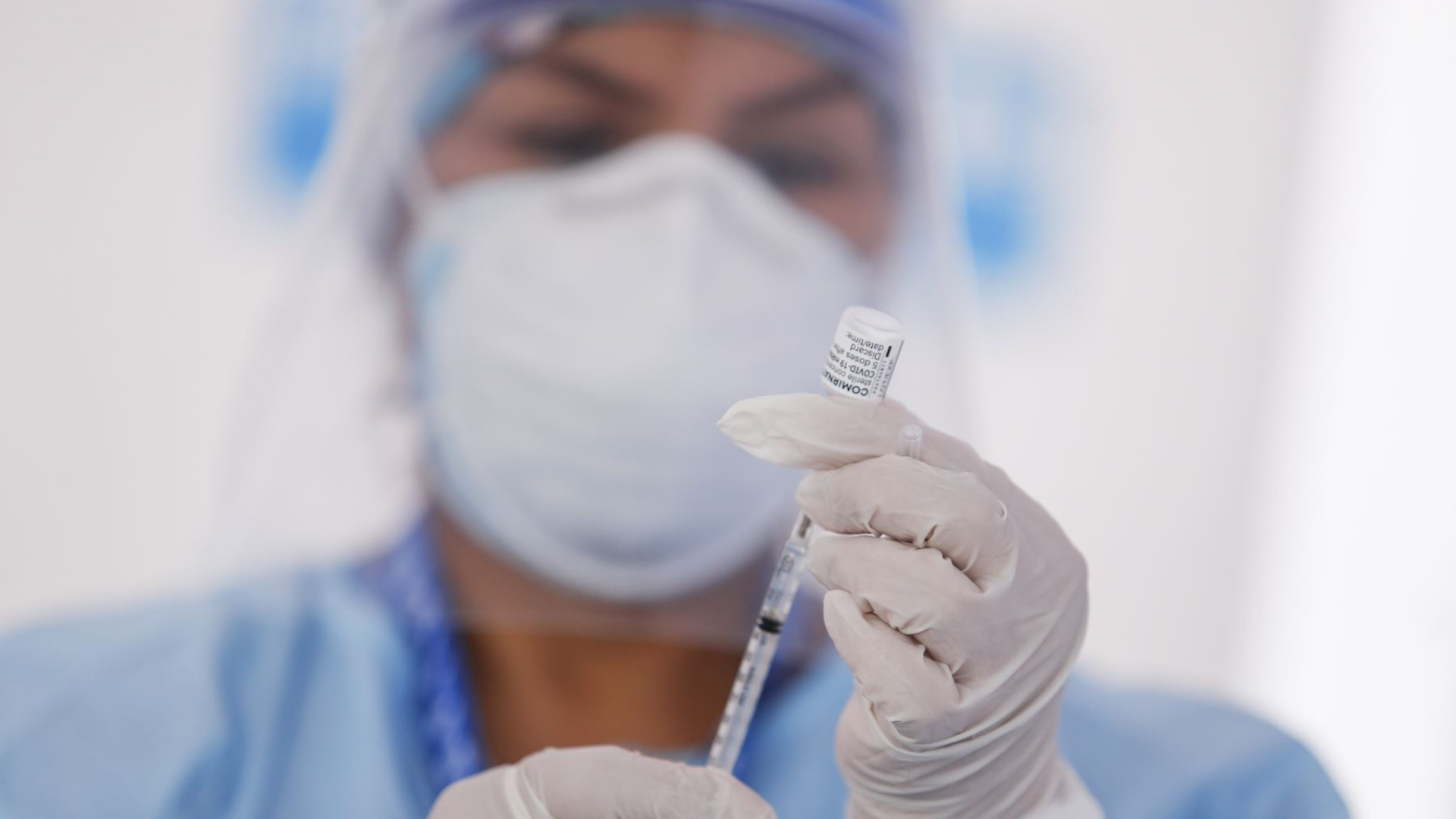 After three years of pandemic, the SARS-CoV-2 virus that causes COVID-19 it has evolved and the new variants that have emerged have circumvented a large part of the immune response that people acquire when vaccinated and/or when they are infected. Therefore, after the first-generation vaccines produced in record time, the time has come for second-generation formulasaimed at both the original version of the coronavirus identified in Wuhan as to the variant omicron and its sublineages.

What is the route of entry of COVID into the human body?

A team from Stanford University in the United States managed to identify the entry and exit ports of the coronavirus inside the nose. What innovation did they make to reach the discovery and what will it imply in future treatments?

Bivalent vaccines seem to be a true innovative shortcut to end the pandemic, not only from the scientific aspect, but also from the efficacy in stopping the transmission and reducing the circulation of SARS-CoV-2, and acting on the large population pockets that They still have sketchy schematics.

Even so, these are formulations with which Argentina still does not count. as far as he could tell infobaethe negotiations between the Ministry of Health of the Nation and the laboratory Modern They are advanced so they could arrive in the country in the next few days, possibly at the end of this month or beginning of February. The minister Carla Vizzotti He called a press conference for this afternoon in which he will announce the arrival of these inoculants to incorporate them as a reinforcement dose, official sources said. 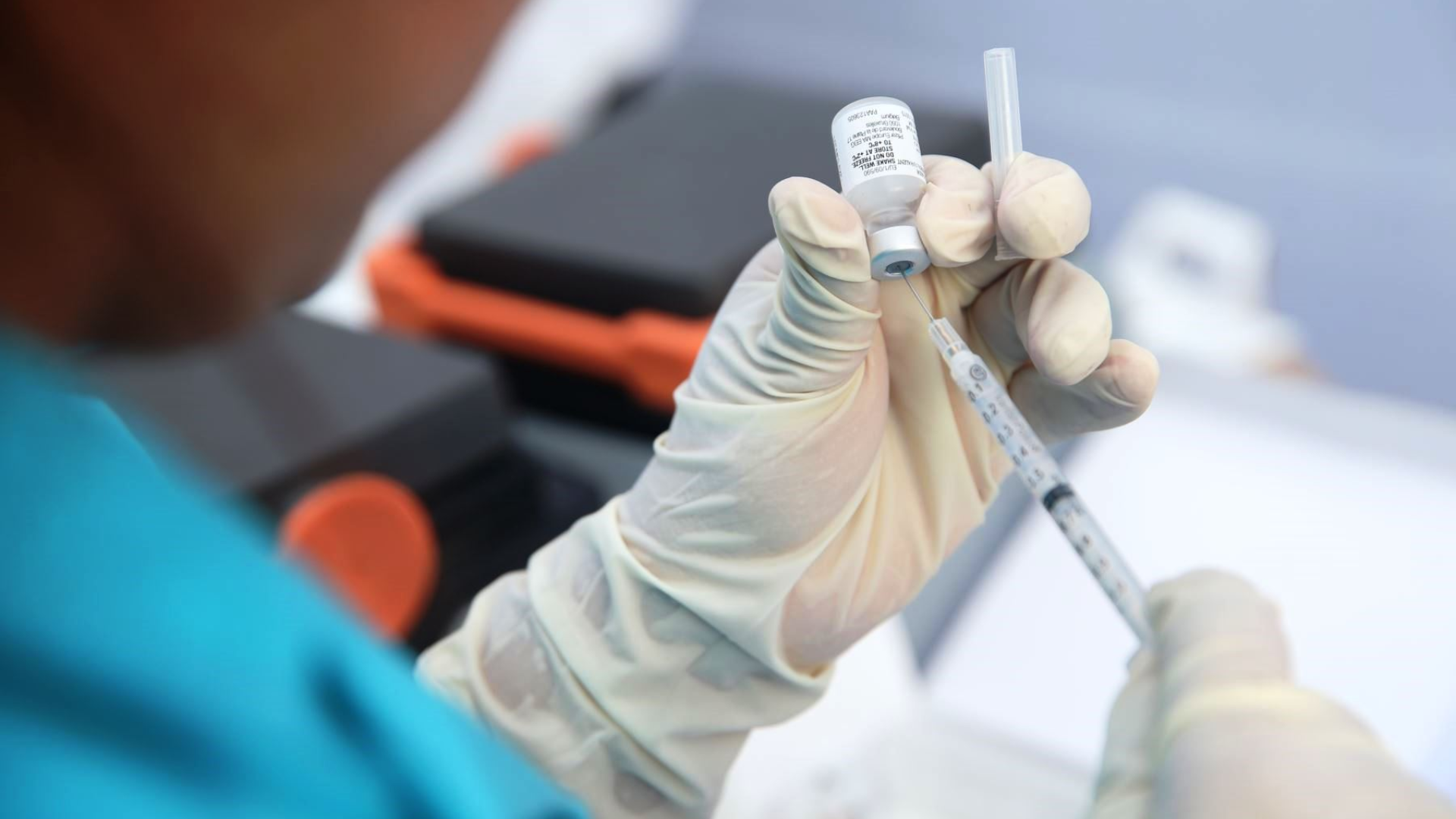 The UK was the first to approve bivalent vaccines, followed by the US and the EU.

The two bivalent vaccines that the pharma market offers today are produced by laboratories Pfizer and Modern. They were developed so that the body learns to fight two types of antigens at the same time, in a single injection (one shot), and for now they point to the ancestral variant of COVID, the so-called Wuhan, and the currently dominant one throughout the world, the Omicron and its sublineages. Thus, bivalent vaccines have two different strains in their genetic matrix.

This was revealed by a review of 9 scientific studies. Why researchers say it is important for the general population that people with immune deficiencies be able to control the infection

In the region there are already several countries that have begun to offer their population bivalent vaccines. In Chileas of this Monday, January 16, it is available to all people over 50 years of age and groups such as teachers and people with immunocompromised conditions.

In Brazil They apply from December to people over 14 years of age. There, the Pfizer inoculants that protect against severe disease caused by the original Wuhan and original Ómicron variants and their BA.1 sublineage were acquired. 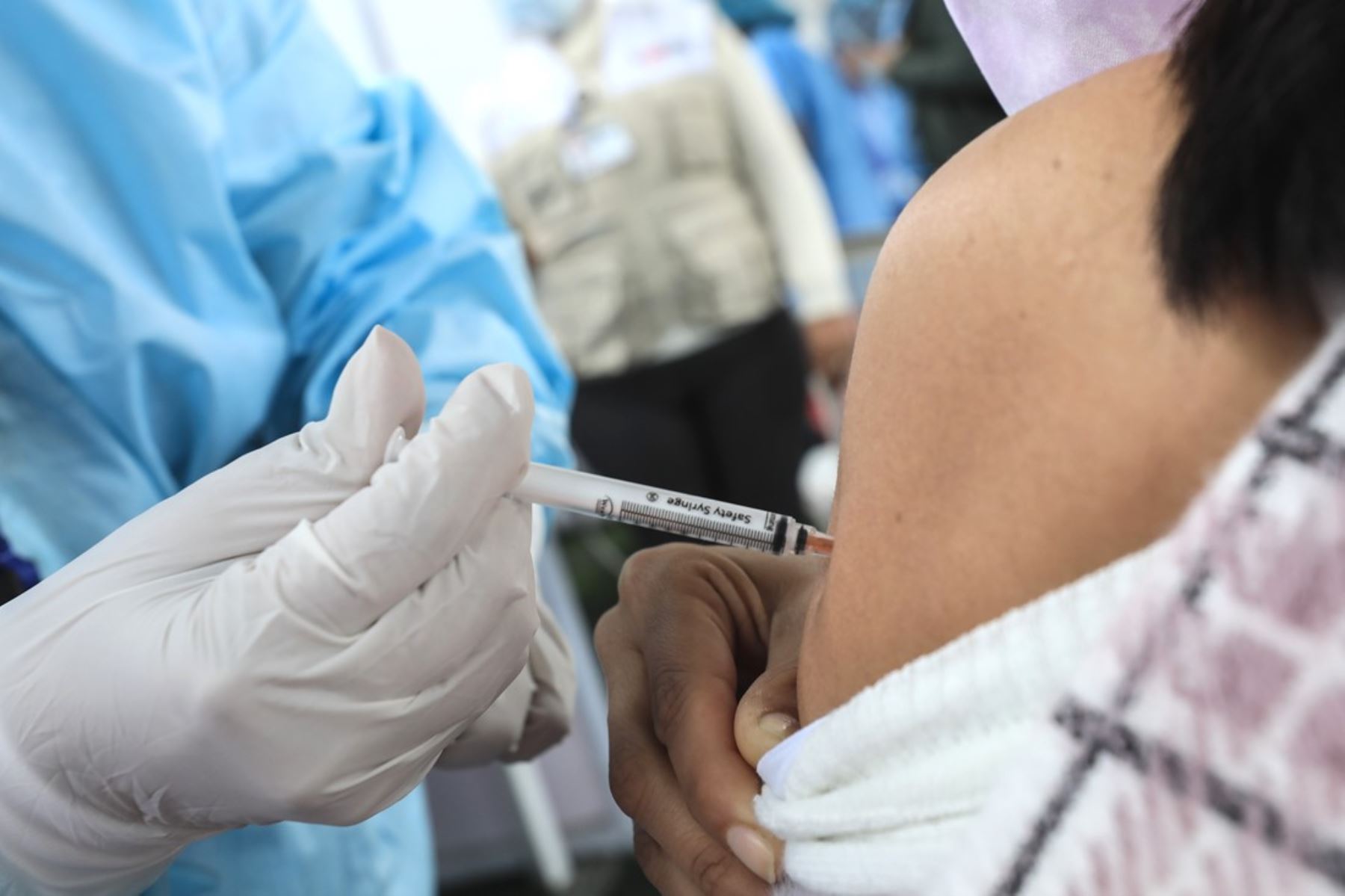 Also in Peru, since January 1, 2023, the application of the bivalent vaccine against COVID-19 began. Through a statement, the Ministry of Health reported that the vaccination process began with health personnel and is gradually being extended to older adults and people with comorbidity.

Does breast milk from women vaccinated against COVID protect babies?

A study carried out at the University of Florida found antibodies against SARS-CoV-2 in the feces of children breastfed by mothers who had received one of the immunizations against the coronavirus.

For his part, Panama also started vaccination with this inoculant. The counselor minister for matters related to Health of that country, Eyra Ruiz, said that the bivalent vaccine doses against COVID-19 are being applied in phases, as established with the monovalent vaccine. Phase 1 is in force, which includes health workers, the elderly in nursing homes and the sick, security forces, among other groups.

Meanwhile, Uruguay will evaluate in the coming days within the framework of a meeting of the National Vaccine Advisory Commission, convened by the Ministry of Public Health (MSP), the possibility of advancing in the same direction and acquiring bivalent doses. 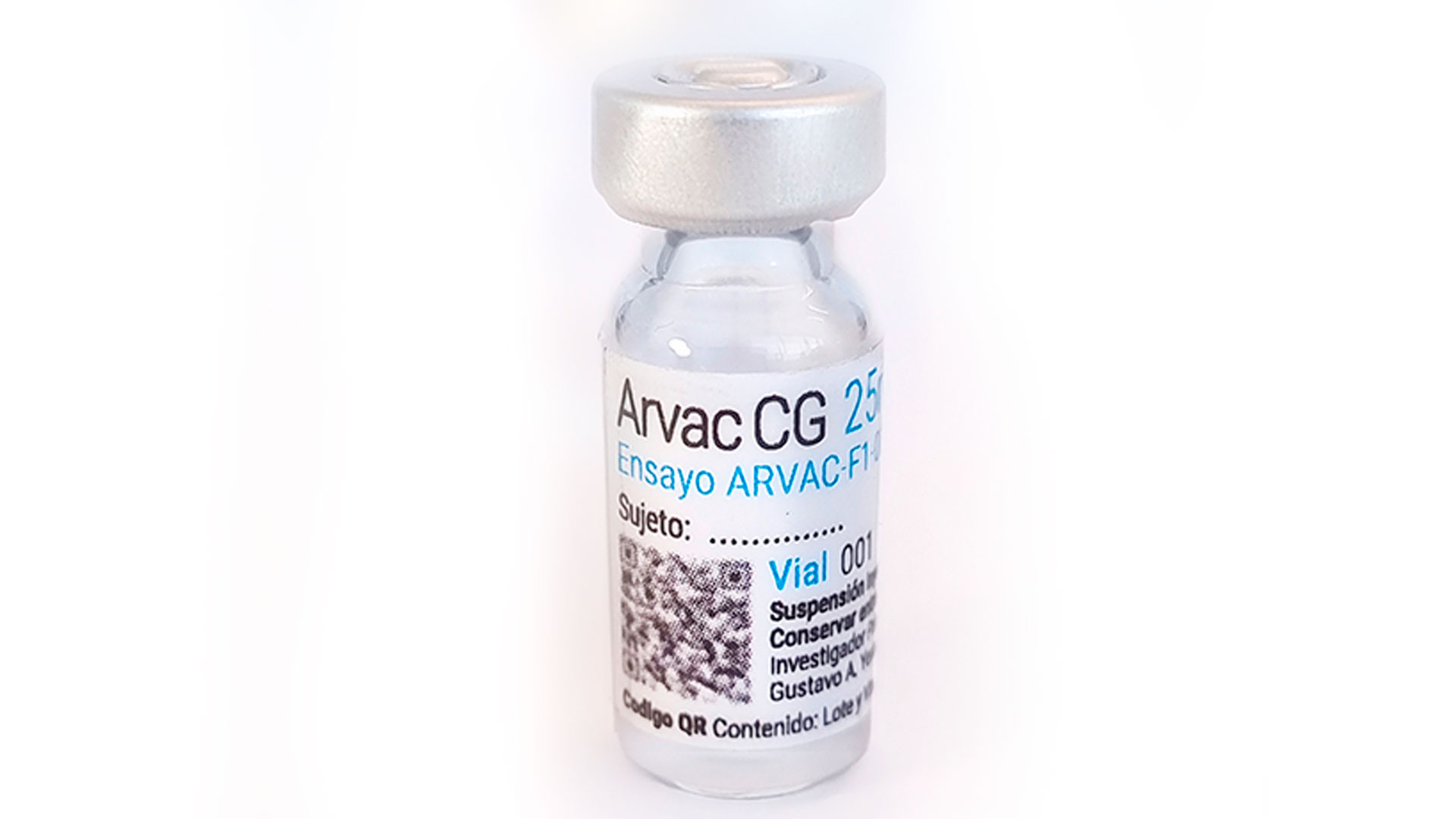 The national ARVAC Cecilia Grierson development of a bivalent vaccine is advancing rapidly, but it still has to go through one of the research phases

Up to this point, vaccines are the only protective and safe shield against the resilience that the SARS-CoV-2 virus has shown, which continues to gain new meaning among human beings, through new variants, and learned from subtleties, through sublineages. Especially those now called bivalent or second generation, which propose to attack the virus from two sides -two variants simultaneously- and fight with more determination, the ability that the new coronavirus still exhibits today to evade the immune response offered by the first generation.

See also  Now think about corona, say 14 authorities. What do they want?

It is not an innovative method in the sense that there are already other immunizations that are currently applied under this “double attack” methodology, and the closest example is flu vaccines; which even group more variants, and are presented as trivalent, pentavalent and more.

The United Kingdom was the first country to authorize the redesigned doses a mid-August 2022, through the Medicines and Healthcare Products Regulatory Agency (MHRA). Then, on August 31, the United States Food and Drug Administration (FDA)approved the bivalent vaccines against Omicron following the recommendation of its panel of independent advisors. Recently, also the European Medicines Agency (EMA) endorsed the use of these immunizations. 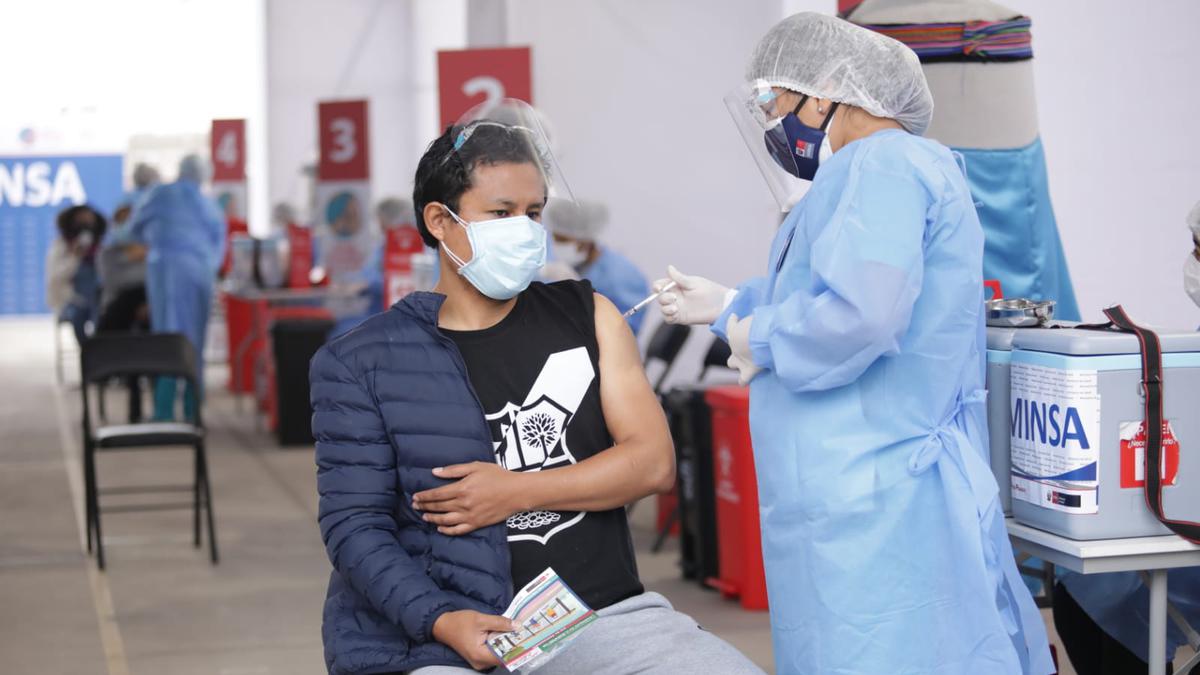 Peru is one of the countries that is already applying bivalents. The first line health personnel were the first group to receive them (Andina)

Argentina is also committed to progress, through the development of its ARVAC Cecilia Grierson bivalent vaccine, which appears as a clear example of the joint efforts between public and private actors of the Argentine scientific system: the formula is a joint development between CONICET, the National University of San Martín (UNSAM) and the Pablo Cassará Laboratory. It is a second generation vaccine for booster doses in people already immunized.

This national development continues to advance: the National Administration of Drugs, Food and Medical Technology (ANMAT) authorized in the first days of this year the beginning of the studies of Phase II and III. In this next stage, the objectives will be to “evaluate the safety, tolerability and immunogenicity”, according to what was announced by the Ministry of Health of the Nation.

Despite the fact that bivalent vaccines are presented as the best option against the new Ómicron sublineages, both the Argentine health authorities and infectologists recommend apply available inoculants in the country, both as a first injection and as a booster. “Regardless of the doses you have”, once the four months of the last application have been exceeded, it is necessary to add a reinforcement, said the minister. 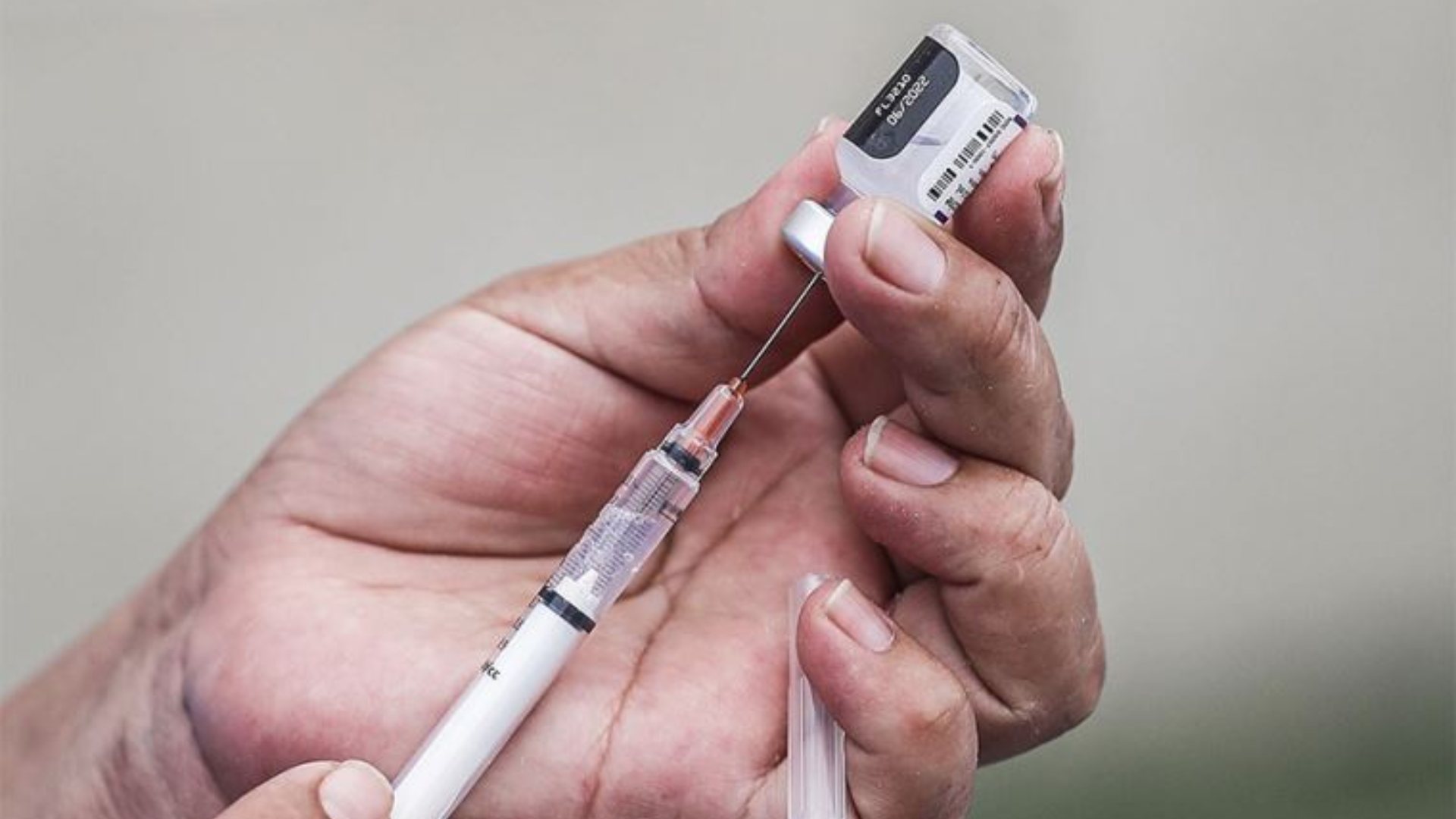 It is not an innovative method in the sense that there are already other immunizations that are currently applied under this “double attack” methodology, and the closest example is flu vaccines.

British health authorities were the first to approve the redesigned doses a mid-August 2022, through the Medicines and Healthcare Products Regulatory Agency (MHRA).

“Bivalent vaccines are helping us meet the challenge of a constantly evolving virusto help protect people against variants of COVD-19 ″, he specified June Raine, Executive Director of the MHRAafter approval.

See also  Linnemann at Illner: "Is work really worth nothing anymore?"

In USA a end of August, the Food and Drug Administration (FDA) and the US Centers for Disease Control and Prevention (CDC) authorized the use of bivalent vaccines contra COVID-19 for people over 12 years of age in the case of the vaccine Pfizer/Biontech and for people over 18 in the case of Modern. Several states of the country began to apply them these days.

The health authorities of Canada enabled on September 1 the Moderna bivalent booster intended for the adult population, and they have already begun to be applied. The National Advisory Committee on Immunization The NACI recommended that bivalent doses against Omicron be given as a booster dose to people 18 years and older at least six months after their last injection or infection with COVID-19. 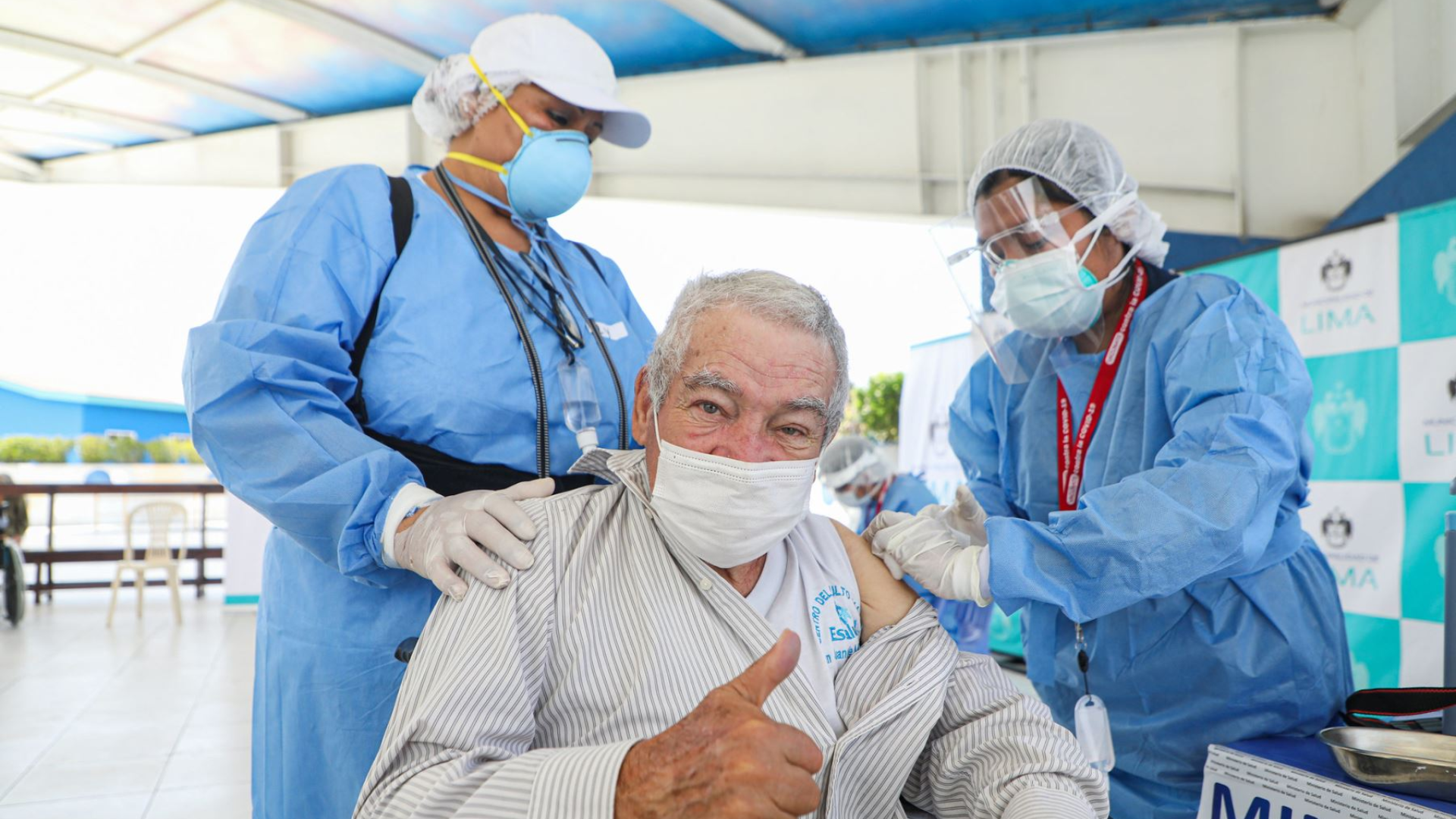 The now called bivalent or second generation, which propose to attack the virus from two sides -two variants simultaneously

They are also being applied to Spain, Germany and Italy. Both the European Medicines Agency (EMA) and the European Center for Disease Prevention and Control (ECDC) recommended booster vaccinations for the 27 countries that make up the European Union. against COVID-19 redesigned to combat the Omicron variant and its sublineages. Following this continental authorization, each of the EU member countries must define the strategy and application times.

spain was one of the first countries to announce the administration of fourth doses with second-rate formulas generation, and campaign will start on september 26with priority for those over 80 years of age and health personnel. Germany it also enabled the application of bivalents for the adult population and some regions have already begun to administer it

Updated vaccines were approved in Italia, the government enabled the application of fourth doses with the redesigned formulas of Pfizer and Moderna as of September 12. They are recommended for people with previous diseases and over 60 years of agebut they can also receive them all those who have applied at least the two doses of the initial scheme (from 12 years).

In Japan with September began with the booster vaccination campaign with second-generation doses, giving priority to those over 60 years of age and health workers who have not yet received a fourth dose.