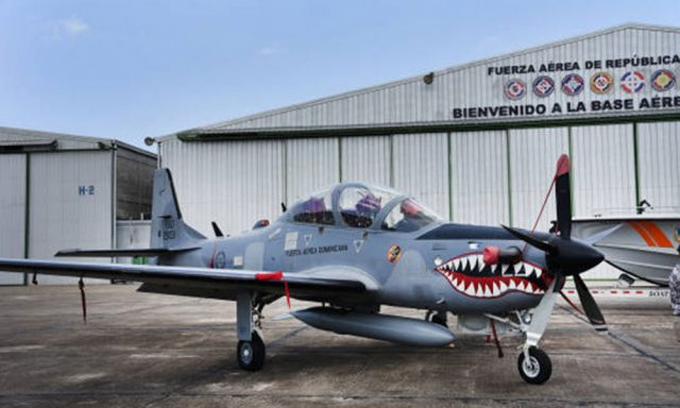 The judge of the Fourth Investigating Court of the National District issued an order of no place in favor of businessman Daniel Aquino Méndez, accused of receiving bribes of the US $ 3.5 million distributed by the Empresa Brasileira de Aeronáutica (Embraer) to be chosen as a supplier for eight Super Tucano aircraft.

Judge Emanuel López made the decision by rejecting a request to open a trial presented against the accused by the Special Prosecutor for the Persecution of Administrative Corruption (Pepca).

In its motives, the court determined that the Public Ministry did not present evidence linking Aquino Méndez to the alleged bribes.

The process of Aquino Méndez had been separated from the others involved in the case for health reasons, who underwent three surgeries in Cleveland Clinc, Ohio, United States, before the court decision that exonerated him of all criminal responsibility.

It is recalled that, for the case, the judge of the Fourth Investigating Court, Raquel Astacio, issued an order to open the trial against retired Major General Pedro Rafael Peña Antonio, former Minister of Defense, and Colonel Carlos Piccini Núñez, former director of projects. Specials of the Dominican Air Force (FAD), by Aquino Hernández.

Meanwhile, an order was issued that no trial was issued regarding the defendants Félix del Orbe Berroa and Ysrael Abreu Rosario.

Raquel Astacio, made the decision, after partially admitting the accusation presented by the Public Ministry who was represented by prosecutors Rosa Alba García and María Melenciano.

See also  How teenagers in love! Katy Perry and Orlando Bloom show up hand in hand

For this corruption case, the Embraer company, which admitted the delivery of bribes, was convicted in 2018 to the payment of 7 million 40 thousand dollars to the Dominican State.

The group is accused of violating various articles of the Dominican Penal Code, Law 448-06 on Bribery in Trade and Investment, and the old Law 72-02 on Money Laundering to the detriment of the Dominican State.