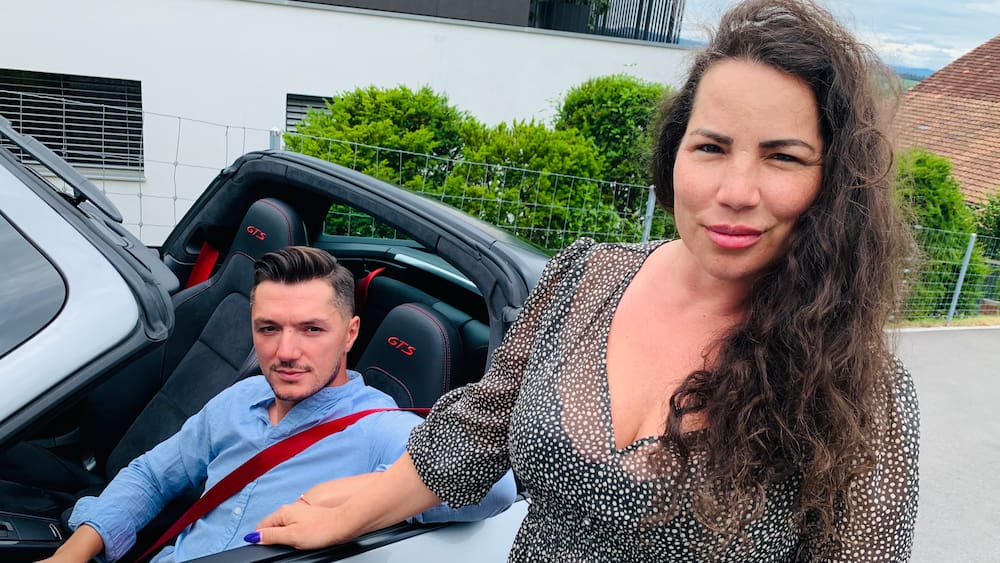 Couple raises serious allegations against the police after a Porsche check

“It was an absolutely racist action”

They drive a Porsche, have a foreign surname and come to a police check: Anton Oroshi (34) and his girlfriend Katerina Janska (42) from Affoltern am Albis ZH. The two find it cheeky what is said to have happened on the part of the police officers.

Sunday evening should be a nice end to the hot weekend. But after dinner in Dietikon ZH, everything turns out differently for a couple from Affoltern am Albis ZH. “On the way home we were stopped in Adliswil by the Zurich cantonal police,” says Anton Oroshi (34), who was driving his used Porsche 911 Targa GTS (450 hp, CHF 154,000).

First he had to show his identity card and vehicle registration card. Oroshi: «Then they tested my car and said that they felt it was too loud and that I had manipulated something. Which wasn’t the case!”

Off to the test hall in Wädenswil

He then had to follow the police to a test hall in Wädenswil ZH. “The whole thing took about two hours there,” says Oroshi.

In addition, the police officers themselves tested the volume in the hall. And you shouldn’t even have been there. Oroshi, who is a professional planner: «A police officer then drove around in the Porsche in the forecourt. He probably just wanted to drive a car like that!”

Police officer is said to have asked about origin

The Kosovar, who also has a Swiss passport, was also disturbed: “The second question during the check was where my name came from,” says Oroshi. “I think that’s cheeky, people from the Balkans should always be affected!” You can also work and save for such a car. He and his girlfriend would also never drive too fast in Switzerland. He only ran red once – that cost him 250 francs.

See also  Street harassment and accident: the young man who was driving the truck surrendered

His girlfriend really gets going. “For me, the whole thing was an absolutely racist action,” says Katerina Janska (42), who is Czech and German. It doesn’t matter what kind of car her boyfriend drives and what kind of name is on his ID card. The prospective psychologist asks herself: “How did these police officers pass the personality test?”

Girlfriend wants to file a complaint

After a certain time, when she told a police officer that she was ill, he said that in this case she should be at home. She felt as if he were her father or guardian. “It can’t be,” says Janska. “That’s why I’m going to file a complaint with Kapo Zurich.”

For her boyfriend, it’s also “about the way”. The police officers “would have wanted to find something illegal on the car at all costs,” says Oroshi. In the end he was told that everything was fine. But: “They also said that they would still consult with Porsche to see if everything was okay. The only thing I do with him is refuel.”

Kapo Zurich only says so much about the case: “The vehicle check mentioned was carried out due to excessive noise emissions,” says spokesman Ralph Hirt. And: “We clearly reject the allegations made by the people checked.”

When asked whether an offense was detected or whether a report was opened against the driver, Hirt says: “Further investigations are still ongoing.”