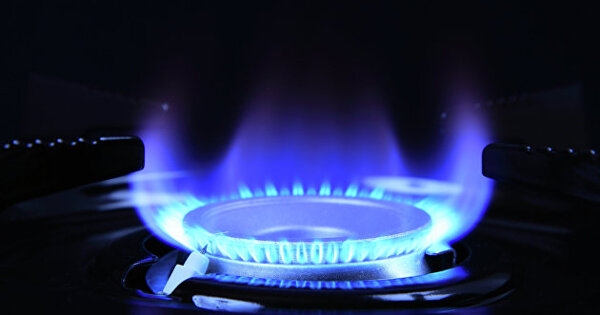 RUSSIA IN THE TOP THREE OF LEADERS

As noted in the study, in 2020 the dynamics of gas prices in the European market was uneven.

“In the first half of the year, there was an unprecedented decline due to the warm winter and high utilization of gas storage facilities, but in the second half the situation changed, prices began to rise. Nevertheless, the average annual price was significantly lower than the level of 2019,” the study says. So, on the Dutch TTF exchange floor, the price on average for 2020 decreased compared to 2019 by 28.9%, to $ 113 per thousand cubic meters.

However, experts clarify that the availability of gas for the end consumer is determined not only by its price, but also by the level of income of citizens. The study indicates the amount of gas that residents of different countries could purchase with their average salaries.

The first place in the ranking was taken by Luxembourg, the average resident of which can buy 9.1 thousand cubic meters of gas per month with his average monthly salary. “This country has relatively low gas prices, while the average salary is one of the highest in Europe,” the study says.

The fourth and fifth places in the ranking are occupied by the United Kingdom and Belgium.

Residents of Ukraine can buy the least amount of natural gas. “With an average earnings here you can buy a little more than a thousand cubic meters, that is, almost nine times less than in the leading Luxembourg. Gas prices in Ukraine are not the highest by European standards, however, the country has a very low level of wages,” – specified in the study.

In second and third places from the end are Moldova and Bosnia and Herzegovina, in these countries, residents can purchase less than 1.4 thousand cubic meters of gas per month.

The fourth and fifth places from the bottom are taken by Serbia and Portugal.

THE CHEAPEST AND MOST EXPENSIVE

The third place is occupied by Belarus, where gas is more expensive than in Russia by 4.3 rubles. Turkey and Moldova are also in the top five in terms of gas prices.

The most expensive gas is in Sweden (101.3 rubles per cubic meter). “However, Sweden is striving to maximize the use of renewable energy, so the consumption of natural gas in this country is negligible,” experts say.

Also expensive gas in the Netherlands, Italy and Spain – more than 80 rubles per cubic meter.

Speaking about the dynamics of gas prices, it should be noted that in most European countries they have decreased. This happened in 24 states. The most significant prices fell in Lithuania (-27.2%), Bulgaria (-23.3%) and Latvia (-20.2%). The rise in prices was noted in nine countries, of which the most significant rise in price occurred in Ukraine (more than twice), Kazakhstan (+ 34.2%), Belarus (+ 14.5%). The rise in gas prices in Russia amounted to 3%, which is not higher than inflation.

See also  Brazil, United Kingdom, India ...: the list of countries where Belgians will be banned from traveling this summer

Experts suggest that in 2021 exchange gas prices will rise. “This is due to the current situation in the market. Cold winter and spring have depleted European storage facilities, their occupancy rate by the end of March was only 30%, and replenishment began much later than last year. Accordingly, the rise in prices that began last year is likely to continue this year, “- said in the study.

Experts suggest that in Russia, where gas prices are regulated by the government, the growth will not exceed 5%.

“Considering the dynamics of wages, it can be assumed that the availability of gas for Russians will at least remain at the level of last year,” the study says.

The study was prepared on the basis of data from the Central Bank, OECD, Eurostat, statistical committees and regulatory bodies of the countries. Indicators for Ukraine, Kazakhstan, Russia and Belarus are given as of May 2021, for the rest of the states – at the end of 2020.