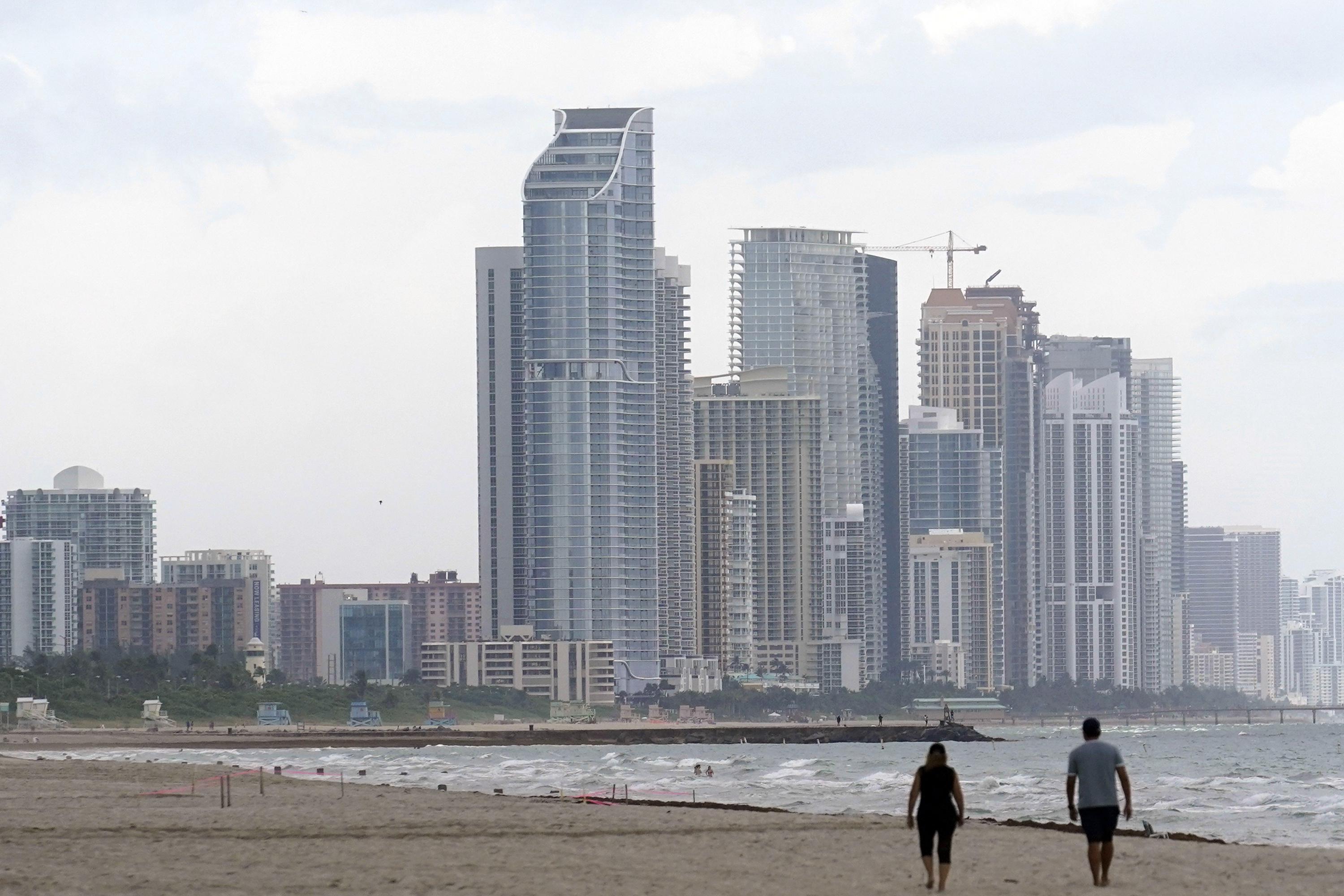 TALLAHASSEE, Florida, U.S. (AP) – People who live in thousands of condos along Florida’s 2,172 kilometers (1,350 miles) of coastline wonder if their buildings are in danger of collapsing like the one that came. Down at Surfside and state and city officials discuss what they can do to make sure that doesn’t happen.

Although building collapses are not frequent, municipalities consider whether inspections need to be modified and whether a new inspection is necessary when the construction of a building is completed, something that is now not a requirement.

“We inspect bridges every two years, but tall buildings along the coast are inspected as they are being built and never again,” said Volusia County President Jeff Brower, who said he received photos from residents showing damage to their buildings. . “This is a wake-up call. Some of the photos I saw of our structures are scary ”.

Brower contacted the governor’s office to discuss the matter, but believes that the most practical thing will be for municipal authorities to deal with the matter. One idea is to re-inspect new buildings after ten years and, depending on what is found, again after ten years.

Miami-Dade County, where the 40-year-old Champlain Towers South building was located, which partially collapsed a month ago, stipulates that inspectors must certify that it is safe 40 years after it was built and thereafter , every ten years.

“There is no question that we have to inspect the infrastructure of these buildings,” Brower said. “It’s not that they collapse all over the place, but we don’t want to have one more tragedy like Surfside.”

The collapse prompted the county, as well as the cities and towns that comprise it, to reconsider current recertification regulations. One municipality, North Miami Beach, evacuated the Crestview Towers, built nearly 50 years ago, and said it will not allow its residents to return until repairs are completed. The county also announced that the Miami-Dade Courthouse building will be undergoing repairs after some worrisome things were found during an inspection prompted by the collapse of a neighboring condominium.

Skyscrapers on the Florida coast are battered by storms, salt water, and wind from the sea, which can wear away concrete and rust metal parts. There is not a mile of Florida’s coastline that has not been affected in one way or another by the hurricanes and tropical storms of the last 40 years. Some sectors were killed more than once.

While building codes improved beginning in the 1980s, the quality of construction was questionable prior to that period, according to Brett Turner, a Southwest Florida project manager who has worked in the construction industry for 45 years. years.

“Until the end of the 1980s, there were practically no inspections. Our codes were horrible. Therefore, any house or building built before 1986 is suspect, “said Turner. “It was like the Wild West. You did what you wanted to take advantage of it ”.

In Boca Raton, authorities are scrambling to create a new recertification process for old buildings, according to Council Member Andy Thomson.

“We have a lot of tall buildings on the beach. What worries more is the possible corrosion by the salt water ”, indicated.

Steven Rogers lives in the Chalfonte condos of Boca Raton, in Palm Beach County, where buildings are not required to be recertified. But Rogers, who is president of the condo association, said they are not going to sit idly by.

The association hired engineers two years ago to inspect the two 22-story towers, built in the late 1970s over the Atlantic. Rogers said he called back engineers after the Surfside collapse and told them he wanted a stricter inspection policy than Miami-Dade’s. The association plans to make repairs every year.

“You have to do the inspections that you consider necessary, not the ones that the municipality or the state tell you,” said Rogers.

The new building codes that are adopted in Florida could depend on what is in the Surfside building that collapsed.

“You have to see why this happened,” Florida Governor Ron DeSantis said at a news conference. “Was it because of something unique to the building or something that can happen with the buildings of its time?”

Freida Frisaro contributed to this dispatch from Fort Lauderdale.