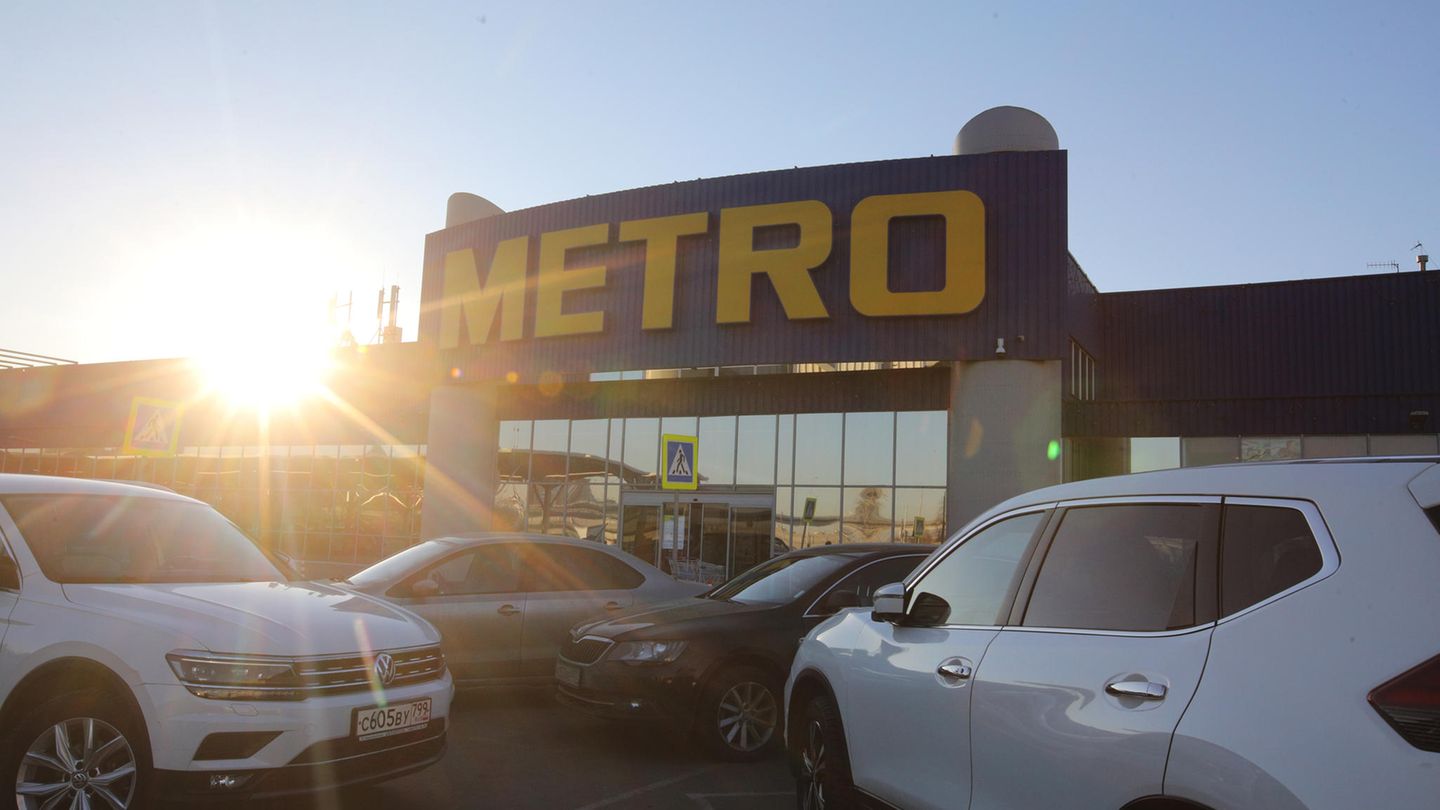 Corporations in the pillory: These companies continue to do business in Russia

Hundreds of Western corporations have withdrawn from Russia since the war began. But some continue unimpressed. A Yale professor pilloried her in a list of disgrace.

The Ukraine war has led to an unprecedented break with Russia by western companies. Big chains like Ikea, McDonald’s or H&M have closed all their stores. BP and Shell divest billion-dollar stakes in Russian energy business. German and other car companies are closing their plants (you can find other prominent cases in our photo gallery).

More than 400 Western companies have withdrawn from Russia since the beginning of the war, according to a list by Yale economics professor Jeffrey Sonnenfeld. Sonnenfeld is an expert in ethical management issues and heads an institute for leadership behavior. What makes his list particularly explosive is that he also explicitly names the companies that have not joined the broad boycott of Russia and are happily continuing to do business in Putin’s empire.

The constantly updated list has already become famous in the US media as the “Hall of Shame”. Because anyone who lands on Sonnenfeld’s Russian pillory must expect serious consequences for their public reputation. When the list was first picked up by the broadcaster CNBC, many of the companies named there suffered stock market slumps of between 15 and 30 percent, write Sonnenfeld and his Yale colleague Steven Tian in a guest article for the magazine “Fortune”.

In the meantime, Sonnenfeld and his team have developed the list from a simple two-stage classification (“out of Russia” versus “still in”) to a more differentiated classification. The companies are now sorted into one of five categories that show how severely each firm has actually abandoned its Russia business. Because there are important differences.

From McDonald’s to Ikea: These companies are now tight in Russia

In the first category “Withdrawal – Clear Break” is about 170 companies that have comprehensively withdrawn from Russia. The list ranges from Airbnb to Swarovski. From Germany, for example, Aldi, Daimler, Kühne+Nagel and the rail logistics division DB Schenker are represented in this toughest boycott level.

In category two sorts out all companies that have temporarily shut down their businesses but are keeping the option open to return. The Yale team currently includes 190 companies, including Ikea, H&M and the luxury goods group LVMH, whose hundreds of branches in Russia are currently closed. The sporting goods giants Adidas, Nike and Puma as well as Deutsche Bank and Commerzbank are also on this level. The fact that the classification is partly worthy of discussion is shown by the fact that McDonald’s and Burger King are on the same level, although McDonald’s has closed its (mostly self-operated) branches, while Burger King has not managed to do so because the Russian franchisee refuses.

Still other companies are performing the balancing act of shutting down parts of their Russia business while letting others run – they are in group three summarized in the Yale list. These include Pepsi, which no longer sells soft drinks in Russia, but still sells food. Other companies are also reducing their activities, but cannot or do not want to stop all of them immediately. Insurer Allianz, for example, has announced that it will scale back its existing business “in an orderly manner,” but cannot cancel all contracts overnight.

The companies in the penultimate category: They merely put new investments on hold while continuing existing businesses. They are “playing for time,” as the Yale researchers put it. Sonnenfeld’s analysis team also counts the German industrial giants BASF, Bayer, Henkel and Siemens in this group of half-hearted companies. After all, closing a chemical plant is a bigger deal than a clothing store.

In a statement, BASF “strongly condemns the attack on Ukraine ordered by the Russian government”, but continues local production – provided the sanctions allow it – for the food sector, for example. Henkel and Bayer also want to continue to supply everyday items. In addition to new business, Siemens has stopped all deliveries to Russia, but is continuing its service and maintenance activities on site.

consequence of the Ukraine war 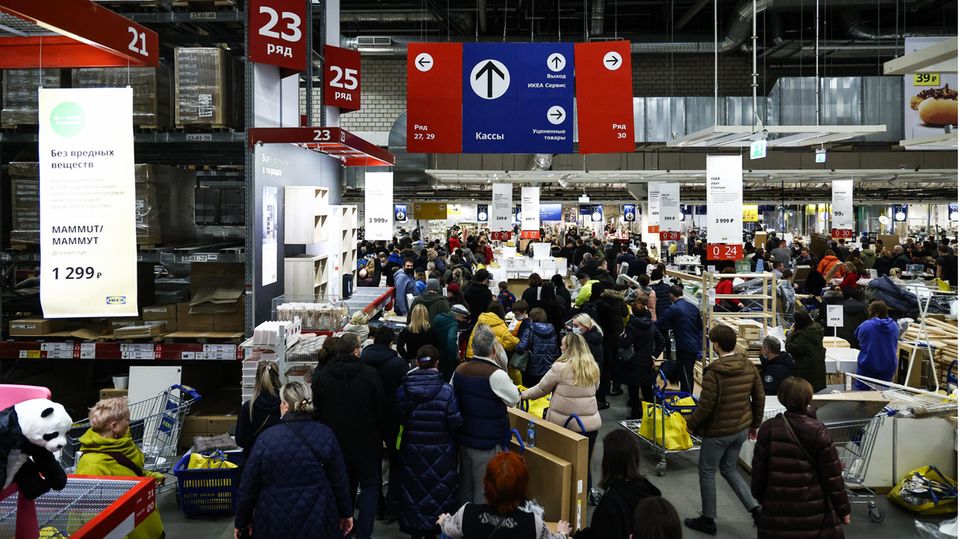 …and the “Hall of Shame”

Finally, three dozen companies remain in the last category, the actual Hall of Shame: According to the Yale pillory, they completely refuse to disappear from Russia or to limit their business activities. The big banks Credit Suisse, Société Générale and the Austrian Raiffeisenbank, which have massive investments in Russia and now have to think about how to get out of the situation, are in the pillory. The computer manufacturers Acer, Asus and Lenovo are also there because, unlike other hardware and software giants such as Microsoft and Samsung, they have not yet positioned themselves.

Perhaps the most prominent current shaming case from the industry is Renault: The French car manufacturer had announced that it wanted to continue producing and selling cars in Russia – in contrast to the automotive competition from Germany, among others. On Wednesday evening, Renault then announced that it would close its plant in Moscow – and promptly rose from the last to the second-highest category in the Sonnenfeld scale.

The people in the areas of Ukraine affected by war and violence need our help. the Foundation star works with local partner organizations that have been audited by us. We will forward your donation without deduction. This link will take you directly to our donation form.

Two German companies are still at the bottom level: Deutsche Telekom still employs 2,000 IT experts in Russia, although its own works council has now asked the group management to cut all business relationships. And the German wholesale group Metro still has its 93 wholesale stores in Russia open. The Düsseldorf-based company argues that none of the 10,000 employees is personally responsible for the war in Ukraine.

Some companies may feel unfairly ranked on the list, especially as some find it easier to make a clear cut than others. But Yale professor Sonnenfeld also makes no secret of the fact that he keeps the list primarily to put pressure on corporate leaders to take a clear stance against Putin’s regime. The list is being taken notice of in corporate boardrooms, by government officials and the media around the world, Sonnenberg writes. But he was most inspired “by the thousands of messages we have received from readers from all over the world, especially from those in Ukraine”. He continues to welcome tips, insights and feedback.

Note: The current development at Renault was added later after the article was published