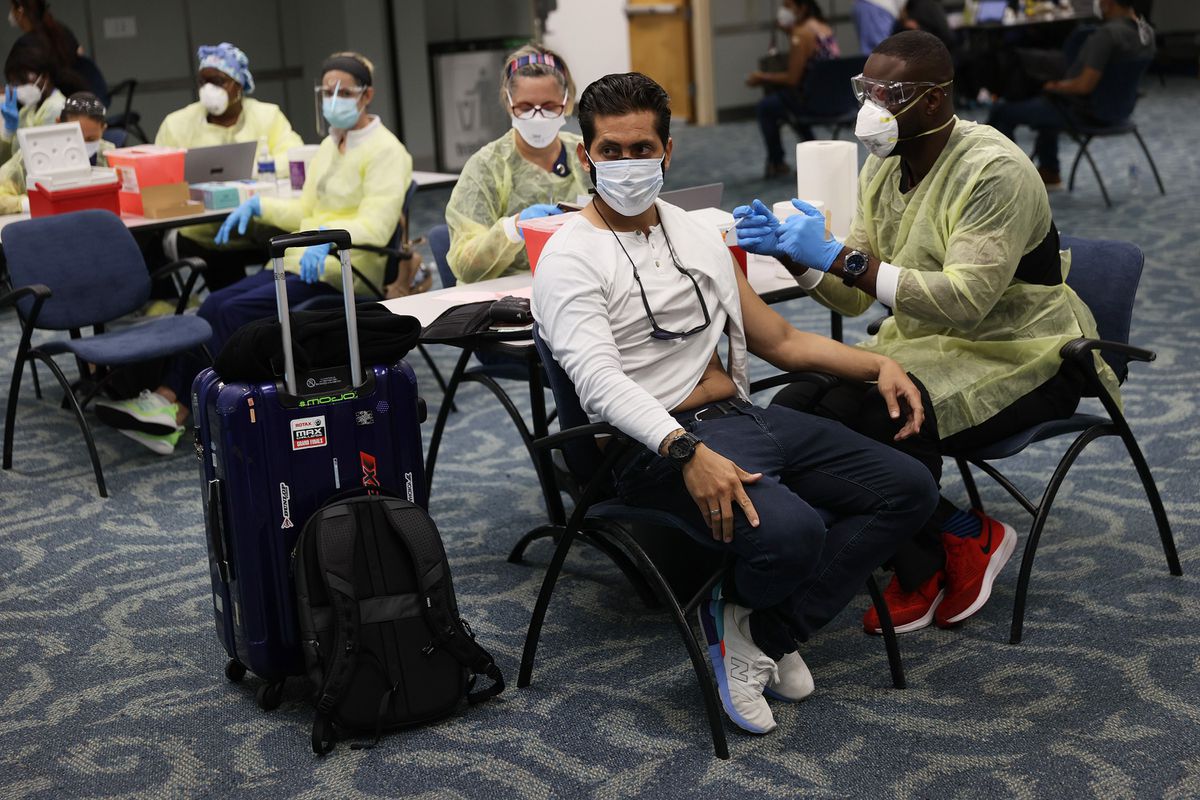 The employers’ association of tourist companies has put figures on a phenomenon that was already sensed as massive. Between March and May 2021, the trips of Mexicans to the United States tripled, in total they were 905,487, according to a report by the National Council of Tourism Companies (CNET) and the Center for Research and Tourism Competitiveness of the Anáhuac University (Cicotur). In the previous three months, the number of travelers to the US was 380,000. For the directors of the report, this boom has a clear cause: vaccination tourism against covid-19.

“When comparing March, April and May with the behavior of the previous months, we see a significant change in trend. The only reason that explains this difference is vaccination tourism, there have been no other substantive changes with the environment in the United States ”, the director of Cicotur, Francisco Madrid, points out to EL PAÍS. Other data support this hypothesis, explains Madrid: “The information that airlines and travel agencies transmit to us, the statistics of vaccination coverage for Hispanics in the United States or the fact that the average expenditure of travelers has been reduced because they are shorter trips ”.

The rebound in travel to the United States took place at a time when vaccination against covid-19 in Mexico was slowing down: registration for those over 50 years old was not opened until April 28. The government of Andrés Manuel López Obrador hoped to vaccinate almost 15 million people over 60 years of age and all health personnel before the end of March, but the deadlines were extended until May. In that month the record of air tourists of the year was registered, according to the report Panorama of Tourist Activity in Mexico: 383.107.

In the almost million trips that were completed these months to the United States, a total of 325 million dollars were spent. The World Travel and Tourism Council (WTTC) affirms that vaccination tourism is one of the highest income-sharing tourism in the sector, since it benefits all parties. The all-inclusive package, with plane, hotel, car and vaccine, in which many Mexican travel agencies specialized, ranges from 600 to 1,000 dollars. The destinations contemplated have been the southern states: Texas, Arizona and Louisiana, which were the first destinations to open, and California, Nevada or Florida. “They are usually fast trips with that objective. Few stay to do tourism ”, Giuliana Ibarra, owner of the GiuTravel travel agency, told EL PAÍS.

The growth in travel due to vaccination has given a truce to a sector very battered by the pandemic. “The economic agents that operate in the industry are very satisfied, particularly the airlines and agencies, because in a context of very important contraction, where losses have been brutal, this has been a respite”, says the director of Cocitur from the Anahuac University.

The number of Mexicans who traveled to the United States to be vaccinated could be even much higher, since the study CNET and Cocitur only includes those who made the trip by plane. In a statement in May, the Undersecretary of Health, Hugo López-Gatell, valued that there were really two million residents in Mexico who were immunized in the neighboring country, since there is a large number of population that moves in the border strip .

Impact of the third wave on tourism

With Mexico heading for a third wave, tourism employers are concerned about the impact that this increase in cases may have on the sector. The CNET and Cocitur report estimates that almost 800,000 jobs related to the tourism sector were lost in 2020, 200,000 of them formal – insured by the Mexican Social Security Institute (IMSS). The blow of a new streak of infections could end up destabilizing one of the industries that has suffered the most during the pandemic.

Mexico returned this week to the level of daily cases it recorded in February, when the country emerged from the most critical point of the health crisis. On Thursday, 12,800 cases of coronavirus were calculated, a figure that had not been reached in the last five months, and 233 deaths. Although the health authorities try to call for calm and argue that this rebound is not directly affecting hospitalizations, the feeling of decline is present. In the metropolitan area of ​​the Valley of Mexico, however, the increase in beds occupied by patients with covid-19 has gone from 1,600 to 2,500 in a week, that is, it has increased by 55% in just seven days.

To counteract the increase in cases week by week, the López Obrador government is betting on vaccination: only yesterday more than 630,000 doses were applied. So far, more than 53 million vaccines of the 70 million doses received have been distributed in the country. Since the start of the pandemic, more than 2.6 million people have been infected with Covid-19 and at least 235,740 have died from the disease. With these figures, Mexico remains the fourth country in the world with the most deaths from coronavirus, behind the United States, Brazil and India, according to the Johns Hopkins University count.