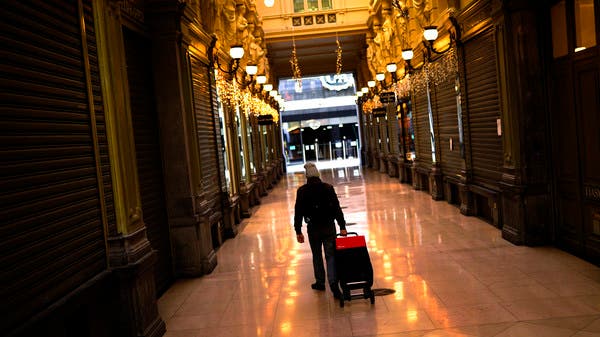 European shares retreated from their peak on Wednesday, worries about inflation took a toll on global sentiment, while travel stocks fell on worries about the spread of a delta strain on the continent.

The British FTSE 100 lost 0.4% on the strength of the sterling after data showed that inflation in Britain exceeded the target rate in June.

Markets were worried after Tuesday’s data showed that US inflation rose more than expected in June, prompting many traders to consider the possibility of an earlier-than-expected interest rate hike.

The old continent is trying to expand the scope of vaccines

German fashion house Hugo Boss rose 4.4% after it forecast revenue growth of between 30 and 35% this year.

On the other hand, data showed that industrial production in the Eurozone fell more than expected in May, mainly driven by a decline in the production of non-durable consumer goods such as food and clothing.

The European Statistics Office (Eurostat) said industrial production in the 19 countries that deal in the euro fell 1% on a monthly basis, while economists polled by Reuters had expected a 0.2% decline.

Output posted a big year-on-year increase as the economy recovered from the worst phase of the COVID-19 pandemic in 2020. But the 20.5 percent increase was below the average forecast of 22.2 percent by economists in a Reuters poll.

The pace of recovery also slowed after a 39.4% increase in April compared to a year ago.

Non-durable consumer goods recorded the largest monthly decline of 2.3%, the first decline this year and the largest since April 2020.

The production of capital goods, including machinery, fell 1.6 percent, which may indicate a decline in production in the future.