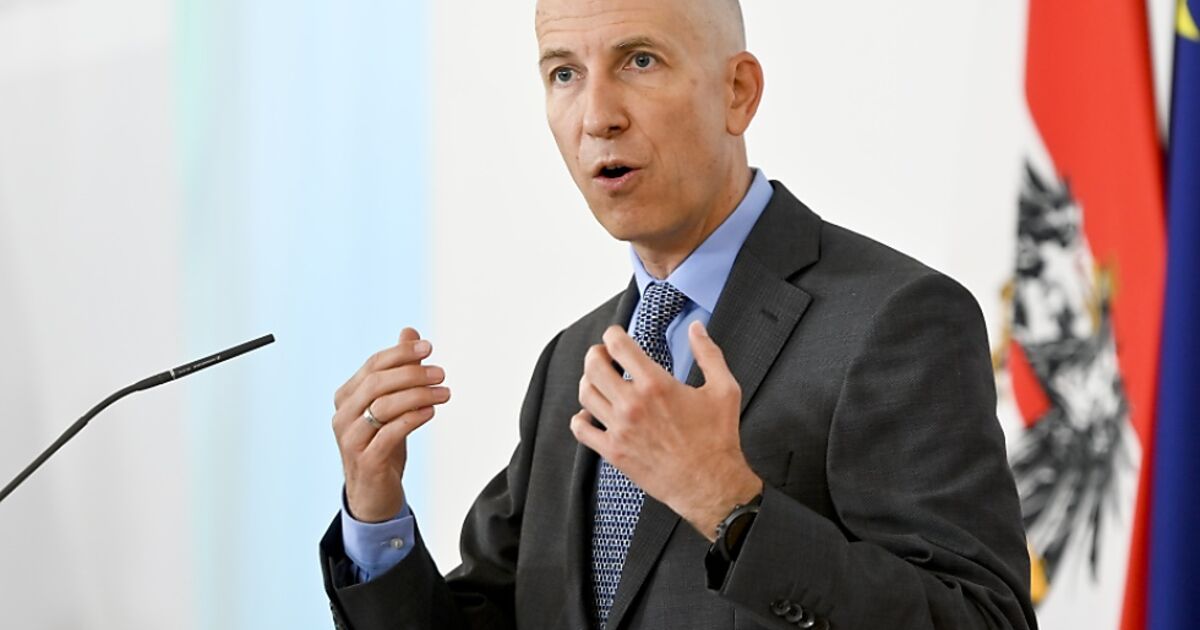 Kocher announces two models for short-time work. For companies that are still badly affected, everything remains as it is, for others there is a transitional model with a “deductible”.

From July 1st, it will be more expensive for some companies to leave their employees on short-time work. On Monday, labor ministers, finance ministers and social partners presented the new rules for state wage subsidies for corona-related underemployed employees. For companies whose sales in the third quarter of 2020 were at least 50 percent lower than in autumn 2019 or those that are still blocked by the authorities, nothing will change until the end of the year. This includes aviation, congress organizers and city hotels. The working hours of the employees can be reduced to zero, the personnel costs are borne by the state.

As of July, all others will have to bear 15 percent of the short-time working costs themselves – unlike before. In addition, the minimum working time will be increased from the current 30 to 50 percent. The transition model will apply until mid-2022 and will then be evaluated. Nothing changes for employees: in both models, the net replacement rate remains between 80 and 90 percent. Companies can use short-time work for a maximum of 24 months.

It is the fourth extension of the Corona short-time work introduced in the wake of the pandemic. With the two models, the companies would have a safety net, said Labor Minister Martin Kocher. “It will be used for sure, but it will certainly be used less than before.” He assumes that by the end of the summer only 100,000 to 120,000 employees will be on short-time work – half of them in the new transition model. Currently around 330,000 are still registered for Corona short-time work.

The aim must be to get people back into employment and not freeze the labor market forever. In the past few weeks, the situation in some industries has eased somewhat.

It’s not that far in the posh fashion store Popp & Kretschmer right next to the State Opera. “We will definitely stay on short-time work,” says owner Rainer Trefelik, federal chairman of the trade division in the Chamber of Commerce – even if it may cost more and details are still open. After tourism and tour operators, retail is the industry that has so far made the greatest use of short-time work. Without this possibility, the 24 employees could not be kept. Because the desire to shop has not yet returned and there are no festive occasions and tourists who caused frequency in city shops before the pandemic. The extension of short-time work is therefore a good signal and makes the employees easier.

This is how employer and employee representatives see it in general. “What is on the table is a good agreement,” said union president Wolfgang Katzian. Many companies are severely affected by the crisis. Chamber of Commerce President Harald Mahrer emphasized that the upswing was “within our grasp, but not for everyone”. For those who need more stamina, there is now an unbureaucratic model and planning security.

The social partners want to fix important details such as vacation cuts or staff reductions in short-time work in the coming days. For further training in short-time work, there should be a bonus for the companies in addition to the funding of training costs.

The head of the economically liberal think tank Agenda Austria, Franz Schellhorn, is critical of the extension of short-time work. It is a good thing that the exit is being initiated and special regulations for certain industries are “in order”. But it is “not incredibly effective” to still generously approve short-time work down to zero percent for the city hotel industry, while the holiday hotel industry is looking for employees. It is also regrettable that work has not been made more attractive. “You should have taken a more researcher approach here,” says Schellhorn. All in all, unlocking must pay off again, as well as returning to normal working hours for employees.