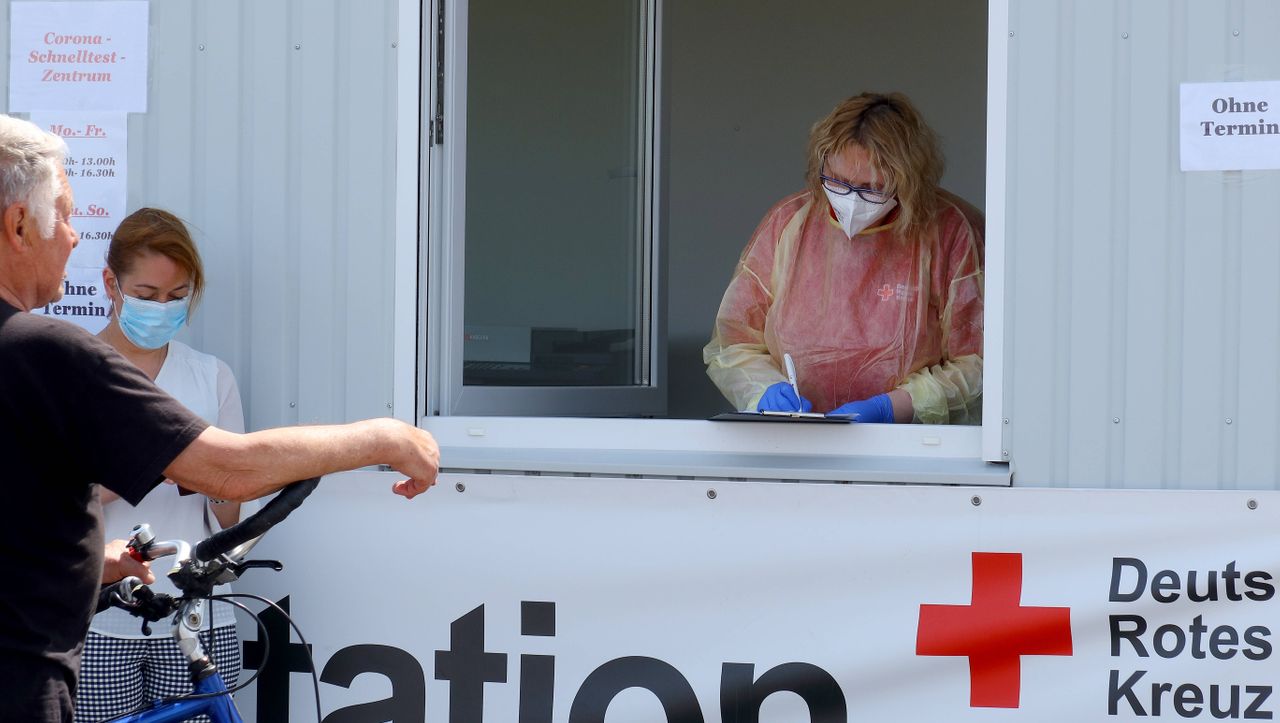 This article is continuously updated.

Don’t miss a thing: subscribe to our for the latest developments and the most important backgrounds Coronavirus-Newsletter.

The health authorities in Germany reported 3,254 new corona infections to the Robert Koch Institute (RKI) within one day. This is evident from the figures from Wednesday morning, which reflect the status of the RKI dashboard at 5:03 a.m.

For comparison: a week ago the value was 4917 infections. The RKI gave the seven-day incidence on Wednesday morning nationwide as 20.8 (previous day: 22.9; previous week: 36.8).

According to the information, 107 new deaths were recorded across Germany within 24 hours. A week ago there were 179 dead.

At this point you will find external content that supplements the article. You can display it and hide it again with one click.

167 corona cases around Mount Everest during the second wave

5.10 a.m .: 167 corona cases were reported in villages around Mount Everest during the violent second wave. Mainly people of the Sherpa tribe live there. Many of them lead foreign mountaineers to Everest or other mountains, carry their luggage or cook for them during the expedition. Since the first of them returned from Everest base camp in April, there has been a steady increase in infections in Pasang Lhamu, said the head of the responsible health authority, Aarti Maya Tamang, of the German press agency. The community around the highest mountain in the world has around 9,000 inhabitants.

In 2020, shortly before the start of the Everest main season in spring, Nepal closed the mountain for ascents due to the corona pandemic. This spring, however, the government let foreign adventurers in again – and even issued a record number of 408 of them with a permit to climb for $ 11,000 each, or around 9,000 euros.

Indoor catering is allowed to reopen in France and Belgium

04.35 a.m .: After a significant drop in the number of corona infections in France, the country is loosening its requirements today: for the first time in seven months, cafes and restaurants are allowed to reopen their indoor areas. A negative corona test is not required from guests. The same will apply in Belgium from Wednesday.

The start of the nightly curfew in France has been postponed by two hours to 11 p.m. In addition, fitness studios and theme parks are allowed to reopen. The seven-day incidence is falling sharply in France and was most recently around 70 nationwide, which experts also attribute to the vaccination campaign.

3.40 a.m .: In the annual ranking of the most livable cities by the Economist Intelligence Unit (EIU), Vienna, Hamburg and other European metropolises performed significantly worse than in previous years. On the other hand, New Zealand, Japan and Australia made up positions.

The New Zealand port city secured the title of “most livable city in the world” this year Auckland. The EIU explained that the success in containing the Covid-19 pandemic made a significant contribution.

Vienna – leader in the EIU ranking from 2018 to 2020 – fell back to twelfth place. Hamburg even fell by 13 places to 47th place. “Eight of the ten largest relegated cities in the ranking are European cities,” the editors explained.

In detail, the EIU cites the “burden on hospital systems” and the associated “deteriorated assessment of health care” as the reason for the poor performance, particularly for German and French cities. The pandemic also had a particularly strong impact on the cultural sector and the general quality of life in Europe.

1:20 a.m .: In the corona pandemic, the US has relaxed its travel warning for American citizens for destinations such as Germany and dozens of other countries. The Ministry of Foreign Affairs in Washington rates travel destinations on a scale from one to four – the Federal Republic has been back on level three of the warning system since Tuesday, alongside countries such as Italy, France, Mexico and Canada. That means US citizens should reconsider their travel plans. Previously, the highest level was four, which was maintained for several other EU countries such as Portugal, Belgium, the Netherlands and Poland.

The reassessment does not change anything about the entry ban imposed on foreigners from the European Schengen area, Great Britain, Ireland, India, China, Brazil, South Africa and Iran because of the corona pandemic. Entry from these states is generally only possible with a national interest exception.

A few weeks ago, EU Commission President Ursula von der Leyen had given Americans hope that they would soon travel to Europe, but the US government is keeping a low profile. The National Security Advisor in the White House, Jake Sullivan, had only said on Monday that the United States had heard requests from Europe and the United Kingdom to resume travel across the Atlantic. The US government also wants this to happen, but the recommendations of health experts have to be followed.

12:15 a.m .: The federal student conference warns against overloading the last weeks of school before the summer break with tests and exams. “I see a great danger that the top priority in schools now is to test performance,” said the general secretary of the federal student conference, Dario Schramm, the editorial network Germany. Class work, tests, exams and exams were not possible for a long time. The teachers are under pressure to give grades. Nevertheless, ministries of culture, schools and teachers have to ask themselves which exams are really necessary. “I appeal to all those involved not to turn the remaining school weeks into any drama or exam camps,” said Schramm.

The President of the German Teachers’ Association, Heinz-Peter Meidinger, told the RND that most of the federal states made significant cuts in the written performance surveys and exams this year. That is also the right thing to do. Neither the subject matter nor class work and exams can be made up in the shortest possible time, which has pent-up need due to the pandemic. It must also be clear, however, that one cannot do without any “learning status surveys”, Meidinger made it clear.

00:04 am: After the corona case for captain Sergio Busquets, Spain passed its “dress rehearsal” without any meaningfulness before the European Football Championship with a U21 selection. The three-time European champions prevailed on Tuesday evening with young players 4-0 (2-0) against Lithuania, while national coach Luis Enrique was unable to gain any knowledge for the European Championship (June 11 to July 11).

With the Spaniards, Busquets tested positive for Corona on Sunday. Although the other tests in the team have so far been negative, the ex-world champion decided to exercise caution: The dress rehearsal became an endurance test for the youngsters, the training of the A-team is individual.