NewsyList newsylist.com
Home World Convention members proud and happy to have been heard 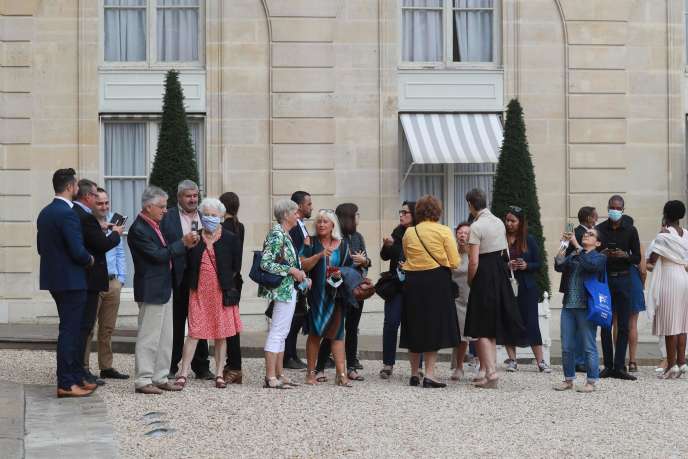 The emotion of goodbyes, the satisfaction of having been heard, and the certainty that the adventure is far from over. During a final debriefing session, Monday, June 29 afternoon, a few hours after being received at the Elysée Palace by Emmanuel Macron, the members of the citizens’ convention for the climate still had a lot to share, after nine months of work group to agree on some 150 proposals.

The pride of the mission accomplished therefore prevailed, tinged, in some people, with the fear of having served as a green bond for a President of the Republic struck, on Sunday, by an ecological electoral wave, on the occasion of the second round of municipal.

“Some people have expressed the fear of being recovered, but, after all, the goal was that their proposals be recovered to be implemented, not for the Elysée communication”, summarized, at the end of the afternoon, Julien Blanchet, the rapporteur of the convention and vice-president of the Economic, Social and Environmental Council (CESE) which housed the work of the 150 citizens.

A few hours earlier, in the gardens of the Elysée Palace, the members of the Convention exchanged their impressions after the introductory remarks by six of them, drawn by lot to present their work, after having also heard the response of the head of the State their proposals. Yolande Bouin, ex-social worker, expressed her dissatisfaction: “The convention served well to repaint in green the future of Macronie. ” Skeptical about the presidential commitments to resume all 149 measures, minus three of them, she assured not to believe too much in the implementation of these proposals. “I only believe what I see”she insisted.

A sentiment shared by many members of the Convention. Samyr (some citizens have chosen not to reveal their name), a doctor from Var, wanted to be careful and will judge on the basis of documents, “At the first concrete measure that the government will take”. “This is where we will see if there is a real reorientation of the political project. ” While the president spoke of a carbon tax at the borders of the European Union, he expressed concern “That [telle] tax returns to France “.

Also skeptical, the young Eloise, high school student in 1re, in Dunkirk (North), was waiting for a “Necessary change of political orientation”. ” More [le chef de l’Etat] contented itself with repeating its promise to take up the proposals, without expressing a desire for real change ”, she judged.

You have 48.61% of this article to read. The suite is reserved for subscribers.