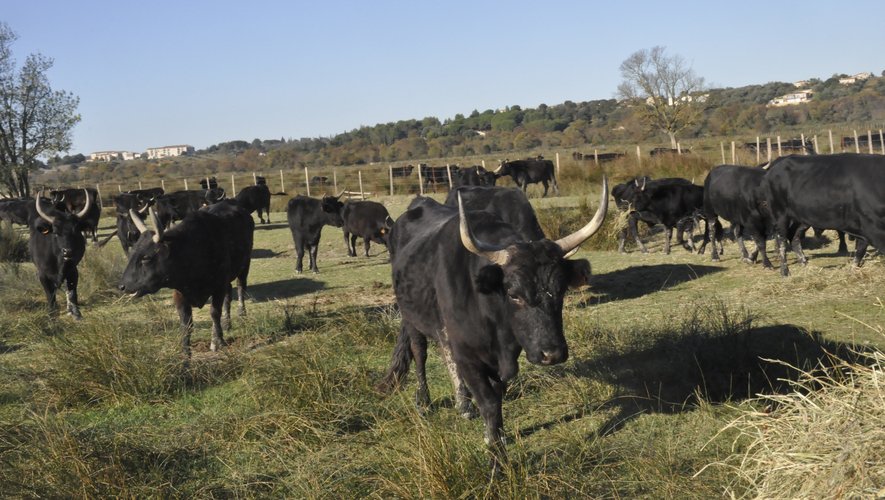 Controversy around the Bouvine: attacked, the people of the Camargue rebel and defend their values

He will take to the streets of Montpellier on Saturday February 11 to say stop.

Signatories Saturday of a forum in the newspaper Le Monde, about fifty elected animalists and ecologists set fire to the Camargue. They are campaigning for a reform of the Camargue race with in particular the end of the release of bulls, ferrades… Montpellier’s Eddine Ariztegui and Coralie Mantion added a second layer to it on Tuesday in the form of a press conference.

Touched to the heart, the Camargue people were quick to react to denounce the new attacks which, for the first time, came from elected officials of the “country”. They will mobilize on February 11 in Montpellier to defend their traditions.

On Monday August 8, 2022, the mayor of Pérols and councilor of Montpellier Méditerranée Métropole, Jean-Pierre Rico, inaugurated the statue of the bull that he chose to install at the entrance to the city: “Do you think that we would raise statues in homage to our bulls if we mistreat them”.

Unsurprisingly, Jean-Pierre Rico therefore condemns the words of elected animalists and environmentalists in Montpellier. And all the more so since he fears that tomorrow they will attack horses around spurs, bits, saddle straps: “I think they have other fish to fry than taking care of our traditions and to give us lessons. Without herdsmen and herds, the Petite Camargue and the Camargue would not exist. We love Camargue bulls and horses. We love the Camargue. We are the opposite of this that these people, these sores, have in their heads. Here, in Pérols, the children play bulls during recess.”

See also  A famous artist and dancer, the hero of explicit leaks during the Mubarak era, buried her fiancé in the morning and danced at night and got married 7 times .. You will not believe who she is!!

Jean-Pierre Rico sees in their remarks a political attack: “They set fire between the city and the villages while President Delafosse speaks of peaceful governance. It is regrettable.”

At the Mas du Grès in Saint-Nazaire-de-Pézan, Jean Lafon, 79, has been raising bulls for 44 years. Today, as he embodies one of the last great figures of the Camargue, he cannot remain indifferent to attacks.

“Everyone has the right to think what they want and has the right to say it.” there allow themselves to want to prohibit it. They pose as dictators. It is unacceptable, unbearable and catastrophic as we fight for our traditions and for the soul of our country to remain. These Montpellier sores want to set an example with the Camargue. It is time for them to let us go, to leave us alone because we are encountering other problems on our farms.”

Jean Lafon rejects all the arguments put forward: “We are at the head of extensive breeding and, in order to know our animals, an indelible iron mark is essential. As for the castration of bulls, we cannot do otherwise to avoid fighting or inbreeding.”

Éric Pastor, bullfighting club president: “I have no worries”

President of the bullfighting club Le Melgueil de Mauguio since 2012 and amateur herdsman, Éric Pastor fell into the pot of bouvine since his earliest childhood. The day after the forum in the newspaper Le Monde, the Melgorian is not really worried. “I have no worries and I think the bouvine world has nothing to worry about. I believe that the signatories are just politicians who want to make the buzz and get their names known. These Montpellier residents, that we did not know, wanted to make a media stunt. Now, we know that they exist. But, it will only be a gust of wind”, comments Éric Pastor.

See also  He did it! The Alfa fills the Olympic Stadium to pure dembow

A few weeks before the opening of the Temporada melgorienne on the weekend of Saturday March 25 and Sunday March 26, the president of the bullfighting club Le Melgueil nevertheless believes that the people of Camargue must mobilize on February 11 in the streets of Montpellier: “We have to show that we are there. We are fed up. We have already talked about it for months and months with the attacks on bullfighting. They lost. It’s good.”

Stéphane Roussille, organizer: “We have to go talk to them”

Within Maestria Production, Stéphane Roussille manages the Francis Sanjuan arenas in Lunel as part of a public service delegation. When the tribune of the newspaper Le Monde appeared, it had already been turned for several weeks towards the next season which will open on Palm Sunday.

The words of elected animalists and ecologists do not leave him indifferent: “I am touched because our traditions and our roots are under attack. an end to this episode. Today, we are no longer attacked by Parisians but by our neighbours, our elected officials. Why not consider that one day this type of attack will come from the Camargue or the Petite Camargue? hope not but I wonder. After Aymeric Caron’s failure, I knew his friends would want a rematch but I didn’t think it would come so quickly.”

Stéphane Roussille believes that this current of thought should not be ignored: “We have to talk to them. We are witnessing a real push of this family made up of animalists and ecologists. They find a favorable ground for attack in taking in all our traditions.”

See also  10 years without Badía. The emotional memory of her partner: "What she did for me was the greatest act of love"

Goro, painter: “The bull, a diamond”

Do you understand the attacks against the bouvine?

I think there is no debate on the subject. There are far more important things to deal with today. If some things can be arranged, bulls are not care bears. They live in a nature that is not always easy.

What improvements would be possible?

The only thing that concerns me is the scalpel. I’m no expert on bulls but they might be asleep at this time. For the rest, there is not the slightest concern.

Do you think that the Camargue race could be threatened?

No. Our Camargue bulls constitute a unique wealth in the world. I quit my job as an architect to walk around the herds. It is a real paradise. It’s magic. The Camargue bull is our diamond. These people stop bugging us!