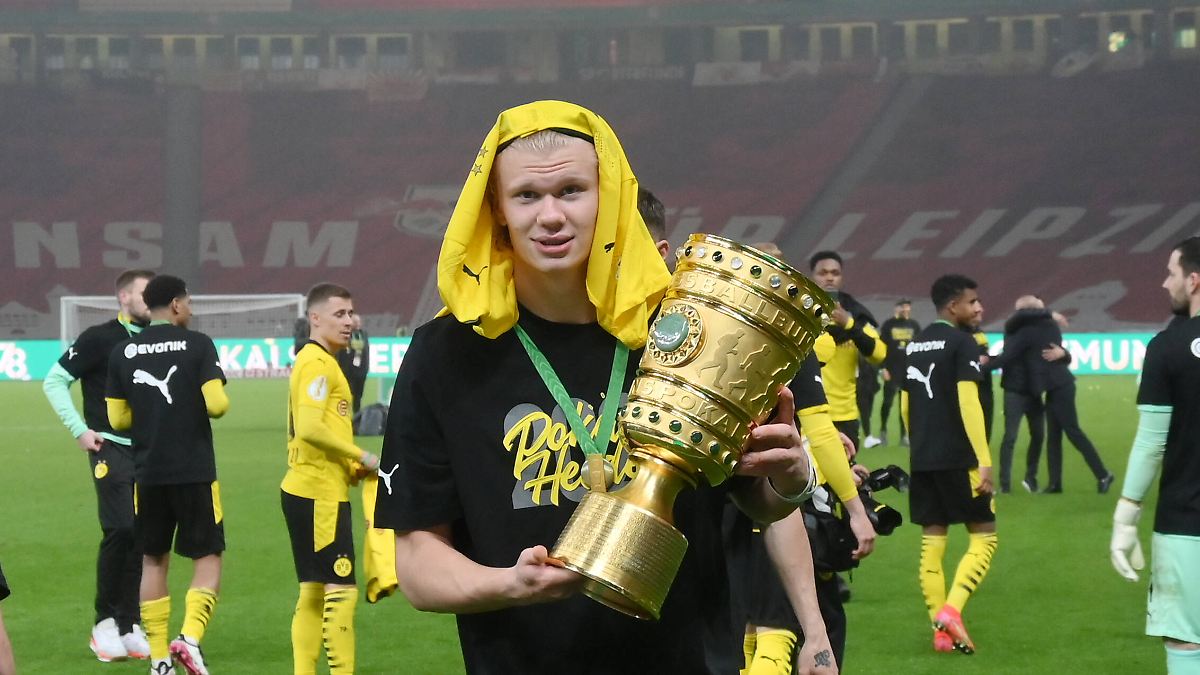 “Contract for a few years”

Haaland has good news for BVB

Erling Haaland is one of the most sought-after athletes in the world: The Norwegian could probably sign with any top club around the world that can pay him. But now the striker makes a clear announcement: there will be no change at first. Probably.

Dortmund’s Erling Haaland has denied ongoing speculation about a club change this summer. “I have a contract for a few years that I respect,” said the Norwegian, who is bound to the Bundesliga club until 2024, to the Scandinavian broadcaster Viaplay. According to reports, top clubs from England and Spain are interested in signing the top scorer of this year’s Champions League.

The late qualification of BVB for the European premier class makes it easier for Haaland to remain loyal to BVB. “I’m a big fan of the Champions League. I think everyone knows that. It was a relief to secure this place. It was really important,” said the 20-year-old. He also referred to the Revierklub’s cup triumph in Berlin: “I have just won my first major trophy and it was a great feeling. That’s why I want to win trophies.”

Haaland consultant Mino Raiola had stoked the rumors about the departure of the exceptional talent with a visit to FC Barcelona a few months ago and later statements. At the end of April, Raiola had announced that Borussia Dortmund would find it difficult to keep the star striker. “When a club like Barcelona or Madrid comes, so big and with so much history, it’s hard to say no,” Raiola told the Spanish specialist newspaper “AS”.

In the event of a change, the financial offer is not the most important thing. “There must also be a major project.” In contrast, the Dortmund club management had recently always emphasized that they would continue to plan with Haaland for the coming season. “Michael Zorc made it clear to us that BVB Erling does not want to sell this summer,” said Raiola Sport1. “I respect this opinion, but that does not automatically mean that I also agree. BVB were very clear in their views. We are okay with that.”

When asked if Haaland had made a wish, Raiola said at the time: “No, because I am not interested in what he says today. He has to tell me something when everything is clear in my head and I can offer him alternatives.” However, it is not known whether his client’s statement is final and binding.