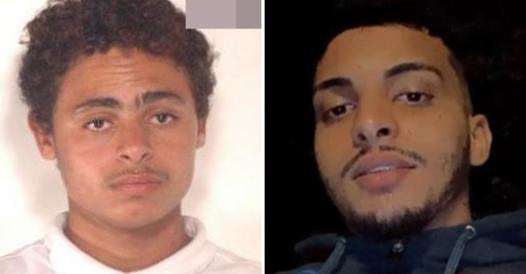 construction sites, street life and the obsession with the gym – Corriere.it

The profiles of the two arrested for group violence on New Year’s Eve. Abdallah Bouguedra, 21, lives in the Barca district of Turin, he left the university to work on a construction site. Mahmoud Ibrahim, 18, lives in Dergano (Milan): arrived in Italy in 2019, lives with some Egyptian compatriots

Barca district, far north of Turin. Dergano, Milanese suburbs. Humble but dignified houses. Good guys, workers, family members describe them. Before New Year’s Eve, there would be no other points of contact in the lives of 21-year-old Abdallah Bouguedra and 18-year-old Mahmoud Ibrahim. Second generation, Abdallah, born in the Piedmontese capital of Moroccan parents. An Egyptian in Italy for a couple of years, Mahmoud. In Piazza Duomo, a handful of frame catches them close. One has a shiny red puffer jacket with distinctive wavy stitching. The other, a dark jacket from which the fluorescent green hood of the sweatshirt emerges. They are both in the crowd on the abused 19-year-old student behind the monument to Vittorio Emanuele II, isolated and overwhelmed by the group. These are the images from the first video of the violence that night. Facial recognition software has given a name to each of those faces taken from the videos. The searches the other day made it possible to find the clothes. The victims recognized them in the photos. Both were arrested on charges of gang rape, aggravated injury and robbery. For the investigators, they showed a marked danger. There is a possibility that they will pollute the evidence. And the risk of escape – given the contacts with their countries of origin – suggested taking them to the prison of Ivrea, one of them, of San Vittore, the other. (here the reports of the victims).

The diploma, the enrollment at the university, then the choice to abandon the studies to work on the construction site: Abdallah one of the group of Turinese who arrived in Milan for the celebrations. The sculpted physique, the passion for the gym, the bleached hair. In the attack on the 19-year-old, Abdallah would be the boy who tries the first heavy, insistent, annoying approach. He follows her, wants her phone number, prevents her from leaving, puts his arm around her shoulders. These are the moments before the assault of the group. During the abuse, the victim remembers him on his left. A witness sees him tearing her clothes off, yanking her, screaming: The girl, the girl.

Mahmoud also in the square, with at least a couple of friends, compatriots. During the 19-year-old violence, videos and testimonies identify him in the group on the victim. For the prosecution he is also participating in another case of abuse, half an hour earlier. the one near the entrance to the Gallery. Same dynamic, and this time the Egyptian boy playing the role played by Abdallah in the other episode. In the story of the victims, he is the first to go under, to bother the group of four friends. And once rejected, he calls the group that surrounds them, steals their cell phone and purse, and attacks them. In front of the investigating judge, Mahmoud declared his estrangement. I saw the girls only in the distance, surrounded by others: I didn’t do anything, I didn’t touch them. I just watched what was happening. Then, frightened, he would go away. Mahmoud arrives alone in Italy in the summer of 2019. At the time still a minor.

A year and a half ago he presented himself at the Casa della Carit. You need help to renew the residence permit that expires with the transition to the age of majority. He needs support for the bureaucratic process, but also a place to indicate to communicate with the public administration: they offer him a home. At that time he said he did not have a permanent home. Comes from Lecco, says he has found a job – plasterer – and a temporary accommodation in the city by some compatriots. Even investigators on Tuesday struggled to track him down. In recent months he had been checked downtown. But they are not real residences. They find him on the street. without documents. They are accompanied to their father’s house for the search. My son a good boy, clean record, a worker, the defense of Pap Ahmed, suffered, three months ago he lost a brother. That evening he went out with friends to have fun, I’m sure – he swears – that he is innocent and that everything will be cleared up.

If you want to stay updated on news from Milan and Lombardy, subscribe for free to the Corriere Milano newsletter. It arrives every Saturday in your mailbox at 7am. Enough
click here.