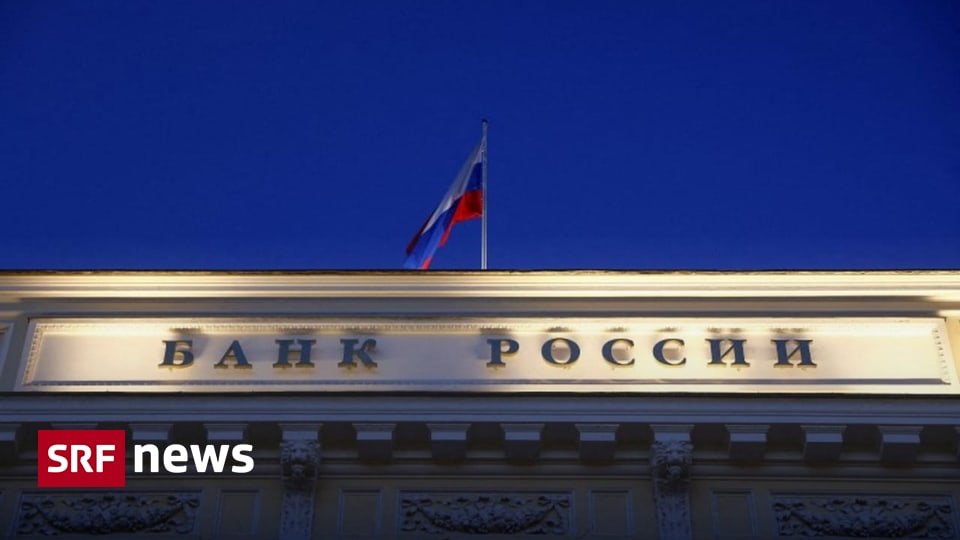 The western sanctions are still having little effect on the Russian economy, says journalist Friedrich Schmidt. But there is severe deflation, i.e. a drop in demand for goods. Russia is therefore prophesied to face the worst recession in 30 years.

The law graduate has been the political correspondent for Russia, Belarus, the Caucasus and Central Asia based in Moscow at the Frankfurter Allgemeine Zeitung since January 2014.

SRF News: Has the Russian economy remained robust despite the sanctions?

Friedrich Schmid: It is correct that the consequences of the sanctions and the withdrawal of Western companies are gradually becoming apparent. There are no spare parts. Workers who were initially given paid leave are now being made redundant.

Experts assume that imports will fall sharply by up to 80 percent.

The state of Russia’s economy is becoming increasingly difficult to predict as indicators such as import data are now kept secret. Experts assume that imports will fall by up to 80 percent.

Prices in Russia are falling again. The ruble is stronger than before the war began. how come

Yes, he is comparatively strong. But the fact that the ruble has risen compared to other currencies is not a sign of the competitiveness of the Russian economy.

Deflation started about a month ago, which means that demand is shrinking.

Rather, it is due to the current account surplus. Russia’s exports of raw materials are at the highest level due to the high prices for oil and gas, because at the same time hardly anything is imported. Because of the sanctions, there is hardly any need for foreign exchange. Deflation started about a month ago, which means that demand is shrinking. This is how a downward spiral begins. Producers reduce their investments, lay off staff or cut salaries. Then demand falls further and the economy shrinks. Experts say Russia is falling into its deepest recession in 30 years.

How much does economic development affect whether people are well-disposed towards Putin?

Not a little. The real disposable income stagnated or fell for years before the attack. That’s when Putin’s popularity fell. But polls in Russia should always be treated with caution, and no alternative to Putin is allowed.

In recent years, Putin has been able to take countermeasures with one-off payments and blame others as lightning rods for the misery.

In the past, Putin was able to take countermeasures with one-off payments and blame others as lightning conductors for the misery. Now comes the propaganda about the threatened fatherland and the decisive battle with the West.

What are the forecasts for the future of the Russian economy?

It’s officially going down. At the end of April, Russia’s central bank predicted a recession for 2022, a decline of 8 to 10 percent. The IMF predicts that if Putin stays in power, sooner or later there will be a frozen conflict in Ukraine.

Consequences of the sanctions for the industry

For example, the car manufacturer Avtowaz: The French Renault group held shares in this company. The majority of these have sold their shares to Russian state structures. Now Awtowaz is to produce his own cars again. Schmidt estimates that their ecological and technical standards will in future be many notches below those in the West.

The quality of life of Russians will be 10 or 20 percent worse than before the wars. It is already evident that Russia is even more dependent on the export of raw materials than before. Oil, gas, also grain and mechanical engineering, electronic industry are paralyzed by the failure of foreign components.

See also  The shocking images of Kabul, where a plane takes off every 39 minutes with refugees

The International Economic Forum is currently taking place in St. Petersburg. Not a single representative from Western countries is present, that’s what the Taliban are there for. The forum was opened with a cannon shot by the representatives of the pro-Russian Donetsk People’s Republic in Donbass. This shows that the course is not in the direction of the economy, but in the direction of war.