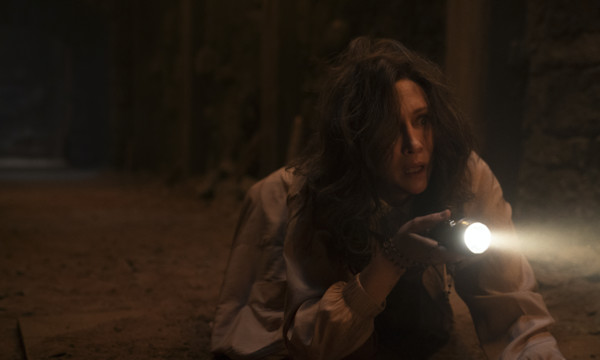 After a number of dispensable spin-offs, it’s time for the 3rd installment of the “Conjuring” franchise, with Michael Chaves at the helm. He reminds us of the Devil, just that, through the story of Arne Johnson, in 1981.

Rebelote for the Warrens. Ed (Patrick Wilson) and Lorraine (Vera Farmiga) are grappling with a devastatingly powerful demon. Called for the exorcism of a little boy, they will have to face a particularly tenacious demon. The forces of Evil are spread from one body to another, from that of the little boy to that of Arne Johnson (Ruairi O’Connor), the brother-in-law. This time it is no longer a question of a simple haunted house, but of an affair of chaotic scope.

After simply bad spin-offs (“Annabelle” or “The Nun”), the original franchise is back in service. A surprising first part and a less convincing second. And for the 3rd, what does Michael Chaves have in store for us (“The Curse of the White Lady”)? Let’s say it right away: the fall is on. After the sophistication of the first part, seeking to use horror to immerse himself in the occult sciences, this one prefers to serve you a tray of jumpscare. A little one there, another here, yet another for the form, and here Chaves, despite his paw and his eye, serves us a fan of artificial cold sweats.

Flashes, like this first scary scene, to finally sink into a frantic race to break a satanic curse. Nothing new under the sun, apart from a cast which remains excellent. Vera Farmiga and Patrick Wilson could almost become an iconic couple of contemporary (horrific) cinema, Ruairi O’Connor could well become a major actor – in the false air of Bill Skarsgard -, and the appearances of John Noble – ah, our famous Dr. Walter Bishop in the series “Fringe” – in the guise of a retired priest. “Conjuring: Under the Devil” has a sleek camera and thoughtful visual effects. But the whole is high-sounding, so suited for a franchise that could have strayed from obscure paths. A lack of daring that drowns under a strange rhythm, as if jerky …

The Warren couple in full audience (screenshot of the trailer).
© Warner Bros. Ent. All Rights Reserved

The “Conjuring” universe is withering away, that’s a fact. Perhaps the interest is elsewhere, more on the substance than on the form. So yes, it’s a horror film, but behind it, there is this vision through the prism of Christian dogma: the divine (and faith) versus the occult and Satanism. In the hands of another screenwriter and perhaps rid of the label “Conjuring”, the film could have claimed more in order to build a narrative that is built around the first plea of ​​a man accused of murder and who pretext for demonic possession. Convince the court – and therefore the public – that the occult sciences and Satanism are very real. Unfortunately the sluggish horror outweighs the real strength of the film.

“Conjuring: Under the influence of the Devil” is to be discovered from June 9 at the cinema.

The editorial staff also recommends that you: