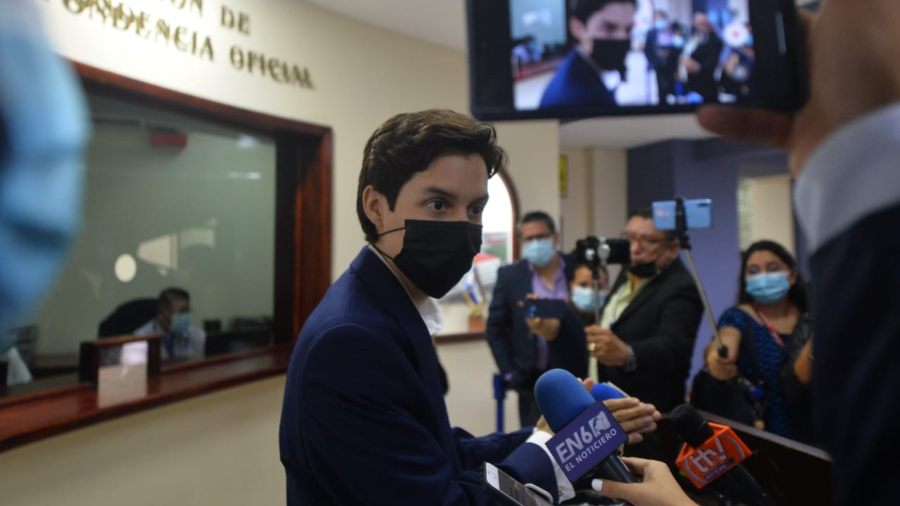 In a statement released this Monday, the international body denounced that the Bukele government tried to use the CICIES against the opposition and cover up its own corruption. The government terminated the agreement to combat corruption.

Rodrigo Ayala, deputy for New Ideas, one of the few who have begun to give their own statements to the press; He expressed this Monday in the Assembly that although what the Secretariat of the Organization of American States (OAS) says is something “very important and has a lot of foundation and support,” the evidence would have to be seen, “without evidence, no evidence can be issued. opinion ”, emphasized Ayala.

The OAS issued a statement on Monday with quite strong statements for which it considers that the government of President Nayib Bukele decided to terminate the CICIES agreement. According to the OAS, it is not related to the alleged nomination of the former mayor of San Salvador, Ernesto Muyshondt, as advisor to the General Secretariat.

The OAS Secretariat revealed that the Bukele government tried to use the Corruption Investigation Commission (CICIES) to persecute the political opposition and detailed a series of maneuvers to save current officials accused of corruption cases.

SEE: OAS denounces that the Bukele government tried to use the CICIES against the opposition and cover up its own corruption

“Right now it is merely a statement, there is no evidence, that gives us a wide margin to have different opinions, there will be people who believe them and others who do not,” argued Ayala.

The OAS also denounced Bukele’s decision not to publish the First Descriptive Report on the Quality, Effectiveness and Legitimacy of the use of Public Funds in response to the COVID-19 pandemic.

Regarding this, Ayala explained that “it is not the interest to block, but perhaps the law does not allow any information to be given at the time they requested it.”

It should be noted that the government has reserved all information related to the management of the COVID-19 disease.

The president of the Assembly, Ernesto Castro, of New Ideas, insisted that the international community must respect the government’s decisions.

“Let’s not play with these things, here in the country we deserve to be respected and that the international community must understand,” he said at a press conference on Monday.

While for other deputies allied with the government such as GANA, it is strange that the OAS has not released this report before.

“That OAS communiqué is a bad response to what has happened (breaking of the agreement for the CICIES). The question is: why have you made these remarks up to now and have not done so previously? Why didn’t they say before that the government is trying to infer? It seems to me that it is a way to justify the sad decision they made regarding hiring Ernesto Muyshondt, who wanted to give him some kind of jurisdiction so that he would not be prosecuted, ”harangued deputy Guillermo Gallegos, from GANA.

For his part, Deputy Johnny Wright, from Nuestro Tiempo, explained that they had serious doubts since the government signed the agreement in 2019 and considers that it would be important to know the details of the report to which the OAS refers on the 12 investigation cases in against irregular acts in government purchases during the pandemic.

SEE: The OAS denies that there is a contract with Muyshondt and regrets the closure of CICIES in El Salvador

In addition, he says that it is “alarming” that the OAS calls the actions of the Prosecutor’s Office “suffocating”. “It does not surprise me, because in fact as a party throughout the period of the lockdown we have been denouncing to the institutions of possible irregularities in the direct purchases of material for the pandemic,” added Wright.

He said that the “Alabí” law is added to this, which was the regulation approved at the beginning of the current legislature to shield the officials who participated in said purchases.

The deputy of the PCN, Reynaldo Cardoza, valued that if it seeks to create another CICIES again, it must be made up of people far from the political sphere and dedicate themselves to investigating everything that has happened and what may happen.