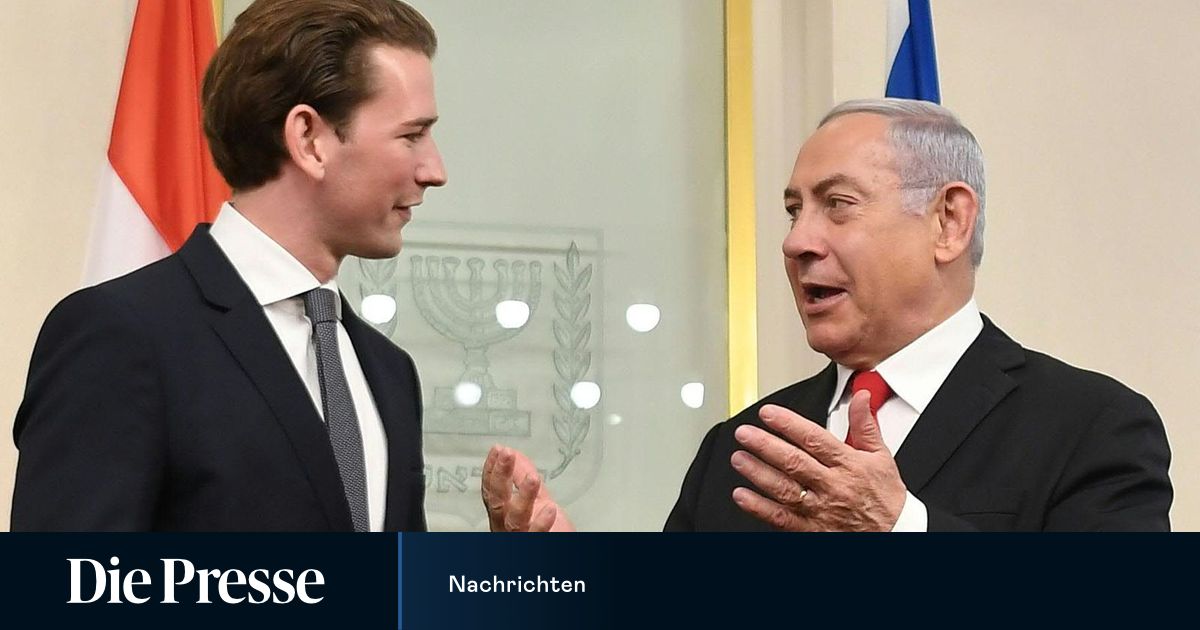 “It was you who first warned me of the massive danger of the coronavirus,” Kurz said in a video on the Israeli prime minister’s Twitter channel. This should not be understood as backing Netanyahu, who is currently against his political end fights.

In a video message that Netanyahu published on Sunday evening in the short message service Twitter, Kurz thanked “Bibi” for “the good cooperation in the fight against the Covid 19 pandemic” and praised its success with the vaccination program. Netanyahu commented on the video with the words: “Thank you my friend Chancellor of Austria”.

“It was you who first warned me of the massive danger of the coronavirus at the beginning of last year,” Kurz said in the undated video message. As a result, Austria got through the first wave of the pandemic relatively effectively through tough measures taken early. He was “very impressed with the efficiency of the vaccination program in Israel”, praised Kurz and referred to the cooperation in vaccine research and production that was announced during a visit to Israel in March. “Thank you again, I really appreciate our cooperation and partnership and I wish you all the best in Israel,” concluded Kurz.

No longer head of government?

Netanyahu is currently doing all it can to counter the impending loss of office. Among other things, the head of government, who has been in office since 2009, is putting massive pressure on MPs so that they do not vote for a new government planned by the opposition without him. His supporters gathered in front of the houses of parliamentarians, among other things, to emphasize Netanyahu’s request. The mood is so heated that the head of the domestic intelligence service warned of bloodshed over the weekend.

The kind words from Austria’s Chancellor can be interpreted as an attempt by Netanyahu to signal international support. In any case, the Federal Chancellery emphasizes to the “press” that Kurz’s video message is exclusively about the good cooperation with Israel in the corona pandemic and should not be understood as interference in domestic political debates.

The new government coalition planned for Israel from different political camps is primarily united by the desire to replace Netanyahu after twelve consecutive years in office. The head of government is currently on trial for corruption allegations. If convicted, he faces imprisonment.

Parliament will vote on the planned eight-party alliance by Monday next week at the latest, Parliament President Yariv Levin announced in Jerusalem on Monday. He will give the exact date. The politician of Netanyahu’s Likud party insisted that he was complying with the law for this time frame. The future coalition partners had already called for a vote on Wednesday.

In an earlier version of this article, the title read: “Briefly, Netanyahu strengthens his back before loosing his office”. After clarification by the Federal Chancellery, we have put the heading in more concrete terms.