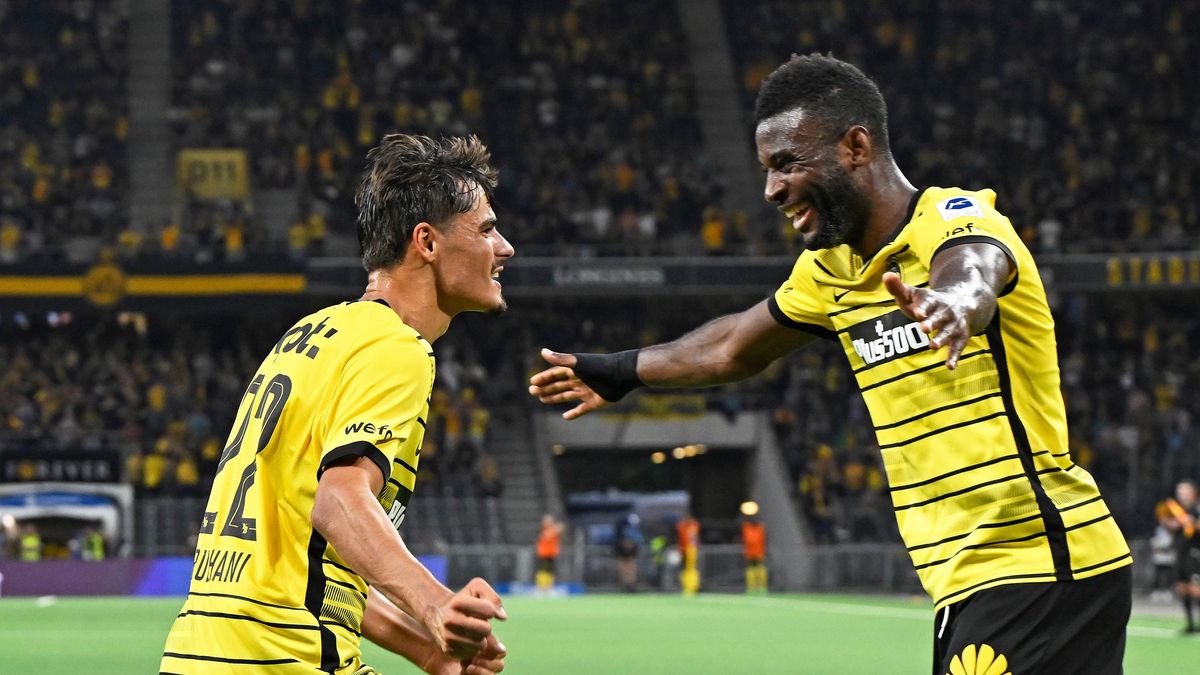 The YB-Express has been rolling at full speed since the beginning of the season and does so from the start in the second leg of the Conference League qualifiers against FK Liepaja. After just under 45 seconds, Liepaja defender Hreljic clapped a shot from Ngamaleu in the hand. Nsame doesn’t need to be asked twice and puts yellow and black ahead 1-0 with a penalty.

After that, YB continues to dominate, but fails after a free kick from Rieder (19th) on the crossbar and after a great individual performance by Ngamaleu (24th) on the post. In between, Karasausks (21st) missed the equalizer for the guests. It was the only notable, but huge chance for the Latvians to score in the first half.

Shortly before the half-time whistle, the Bernese were rewarded for their effort when Nsame served Rrudhani and he increased it to 2-0 with his first goal for the former series champion. “It’s like a dream for me,” says the ex-Aarauer after his YB goal premiere for 20 minutes. The Kosovar played in the Challenge League last season, now he shines in Europe.

After the change of sides, Wicky’s squad took it easy, but thanks to a deflected shot from Niasse (72′), they were able to make it 3-0.

In the final phase, the Bernese even have chances of an even higher victory, but in the end it remains with the three YB goals. Raphael Wicky’s team has an impressive four wins after four competitive games with a goal difference of 11:0 goals! “Everything is not going perfectly yet and we mustn’t let ourselves be too dazzled by the results,” says goalie von Ballmoos about 20 minutes after his team’s renewed gala.

See also  War in Ukraine - A refugee in Jerusalem, a Ukrainian athlete wins the marathon

It continues in Finland

In the third qualifying round of the Conference League, YB now meets Kuopion PS from Finland. Also a beatable opponent for Yellow Black, who is currently in an impressive early form. (flo)