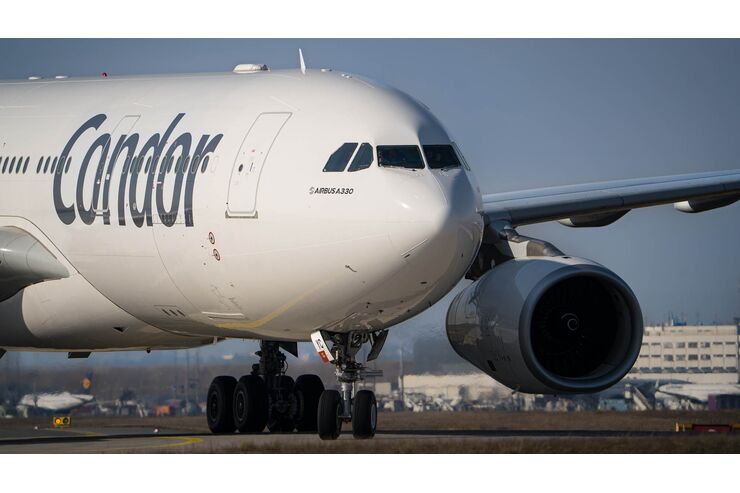 After a training phase with flights to Palma de Mallorca, Condor is now also using its used Airbus A330-200 on long-haul routes. The first flight was from Frankfurt to Seattle on Sunday.

The twin jet aircraft with the registration D-AIYC took off from Frankfurt Airport at 15:31 and landed in Seattle at 16:44 local time. At 18:54 we went back, landing in Frankfurt on Monday around 13:30.

Condor plans to deploy its three A330-200s to Seattle, Toronto and Punta Cana. The aircraft with the registrations D-AIYB, D-AIYC and D-AIYD will also fly to Palma de Mallorca. Condor expects to use the three used aircraft for two years before they are replaced by the A330neo.

In contrast to the cabin of the new A330neo, which will operate in a three-class configuration, guests on board the A330-200 can expect a two-class configuration. The 22 Business Class seats offer seats that can be converted into a complete bed surface using the control panel. In Economy Class, each of the 240 seats has a monitor as well as a USB port and a power outlet. Inflight entertainment will also be available on board from the end of May.

Last summer, Condor announced that it had ordered 16 A330-900neo long-haul aircraft. The first aircraft is expected in October 2022, after which the entire long-haul fleet consisting of Boeing 767s will be gradually replaced by mid-2024.

Meanwhile, Björn Walther has been appointed Chief Financial Officer by the Condor Supervisory Board and will take over the finance department on June 1, 2022. He is responsible for the financial management of Condor and also for the areas of IT, Legal & Compliance, Procurement, Fleet Management and Fuel Management & Insurance.

See also  The visit coincided with the missile launch

Björn Walther has extensive experience in the national and international environment: After working for the TUI Group and Roland Berger, he was CEO of the tour operator ÖGER Tours and CFO for Continental Europe in the Thomas Cook Group. Before joining Condor, he acted as CFO of the HRS Group in Cologne.

Björn Walther succeeds Frank Hundt, who took over the office of CFO on an interim basis as successor to Christoph Debus. Frank Hundt will again be responsible for controlling at Condor and will report directly to Björn Walther.