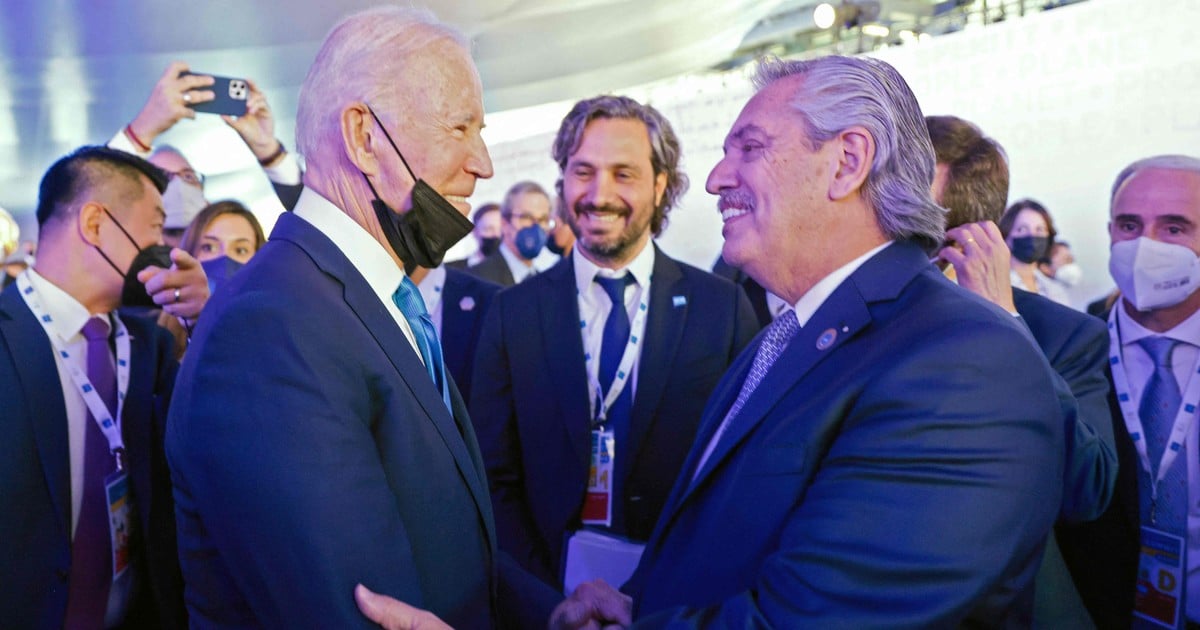 concern in Washington about the comings and goings of Alberto Fernández

The threat of Alberto Fernandez and other leaders of the region of not going to the Summit of the Americas in Los Angeles if not all the invited countries are causing concern in Washington. On the one hand, the government of Joe Biden He has before his eyes the reality that he cannot unite the continent for an appointment that should be an accolade to the region. On the other, they increase pressure on the White House not to tolerate the “rebellion” and the countries that do not want to attend suffer the consequences.

The United States has already extended its formal invitation to Fernández. But the Argentine President has not yet confirmed whether or not he is going to the Summit, convened between June 6 and 10, because he wants Venezuela, Cuba and Nicaragua they are invited The White House considers the rulers of those countries as dictators and violators of human rights and does not want them on the list.

The leader of the boycott is the Mexican Andrés Manuel López Obrador, who said he won’t go if everyone doesn’t go. Several countries joined, such as Bolivia, some Caribbean countries and Honduras. Argentina still maintains an expectant position. Fernández, who is the temporary president of CELAC, said at first that he urged everyone’s participation but that he would go to Los Angeles, although in the end he seemed to back down.

Biden sent a special envoy to Buenos Aires, his close friend and former senator Christopher Dodd, to try to convince him, but he left empty-handed because the President has not yet confirmed his participation.

See also  Video: pitched battle in the final of the Mundialito Sub 17 between Argentina and Brazil

In addition, versions circulated that they would convene from a kind of “counter-summit” to a breakfast in Los Angeles within the framework of CELAC, where they would invite some officials from those countries “vetoed” by the US. The idea, rather impracticable without the consent of the US, which must grant visas, was minimized by Mexico. Then another initiative grew: that Fernández, as president of CELAC, deliver a strong speech in the framework of the Summit against exclusions.

This unprecedented level of uncertainty, days before the continental meeting, is already emerging in Washington. In a hearing at the Senate Foreign Relations subcommittee, Republican Senator Marco Rubio, a harsh critic of the Cuban regime, was very strong on governments that are reluctant to participate.

“My point of view is this: I don’t think the United States of America should, frankly, be intimidated or pressured about who to invite to a summit that we’re hosting. If you don’t want to come, don’t come,” he said, referring to the Mexican president, who is leading the boycott.

And he extended his threat to other countries: “If we have a summit where we don’t invite dictators and the people who want dictators to come decide to boycott it, then we will know who our true friends are in the region and we will manage accordingly”he pointed.

“I think it would be a good opportunity to filter those who are aligned with our views on the direction of the region and those who are not,” he warned.

The State Department did not respond to queries from this correspondent on the subject, but experts consulted by Clarion agreed that It is not good that Argentina misses the appointment.

Benjamin Gedan, director of the Wilson Center’s Argentina Project, said “it is hard to see how it is in Argentina’s interest to support the ruthless dictators of Latin America while opposing the United States and diverting attention from the goals of the summit.”

“Argentina is traditionally seen as a strong defender of human rights, an important source of soft power for a country whose recurrent economic crises deplete its regional and global influence. Instead of worrying that the hosts of the Summit are silencing the voices of the tyrants in Caracas, Havana and Managua, Argentina should raise its voice for the political prisoners and other victims of those regimes.”

Diego Area, deputy director of the Atlantic Council’s Center for Latin America, told Clarion that “the potential absence of President Fernández at the Summit will obviously not help to consolidate relations between Argentina and the United States. Surely, there would be reactions from both parties, both Democrats and Republicans, condemning this absence. Therefore, I doubt that President Fernández will decide not to attend the summit.”

He added that “we must remember that The United States played a fundamental role in supporting Argentina with the IMF. A historical commercial and diplomatic relationship has been established and the absence of Argentina would not help to advance a bilateral agenda, without a doubt”.

Gedan points out that the Casa Rosada “should be using its diplomatic strength to overcome the divisions between the ideologically diverse democracies of the hemisphere” before the meeting in Los Angeles.

“It is common to hear complaints about inadequate US involvement in Latin America, and those are often well-deserved criticisms. So why waste an extremely rare opportunity when the president of the United States focuses his attention exclusively on Latin America?

Area points out that “the United States is aware that part of the conversation during the summit will be critical, vocal and open about the exclusion of some countries that the host country considers that their governments are not democratic.” And he adds: “I perfectly see President Fernández carrying that flag to assert his role as president of CELAC and its regional alliances. I think that for the region the active presence and criticism in situ is more constructive”.

Gedan adds that “the Mar del Plata summit (in 2005) is remembered for exhibiting divisions and torpedoing the regional free trade agenda. There is still a chance that Argentina will play a different role this time, building bridges and bringing leaders together for a bold agenda for hemispheric cooperation and US investment in Latin America.”