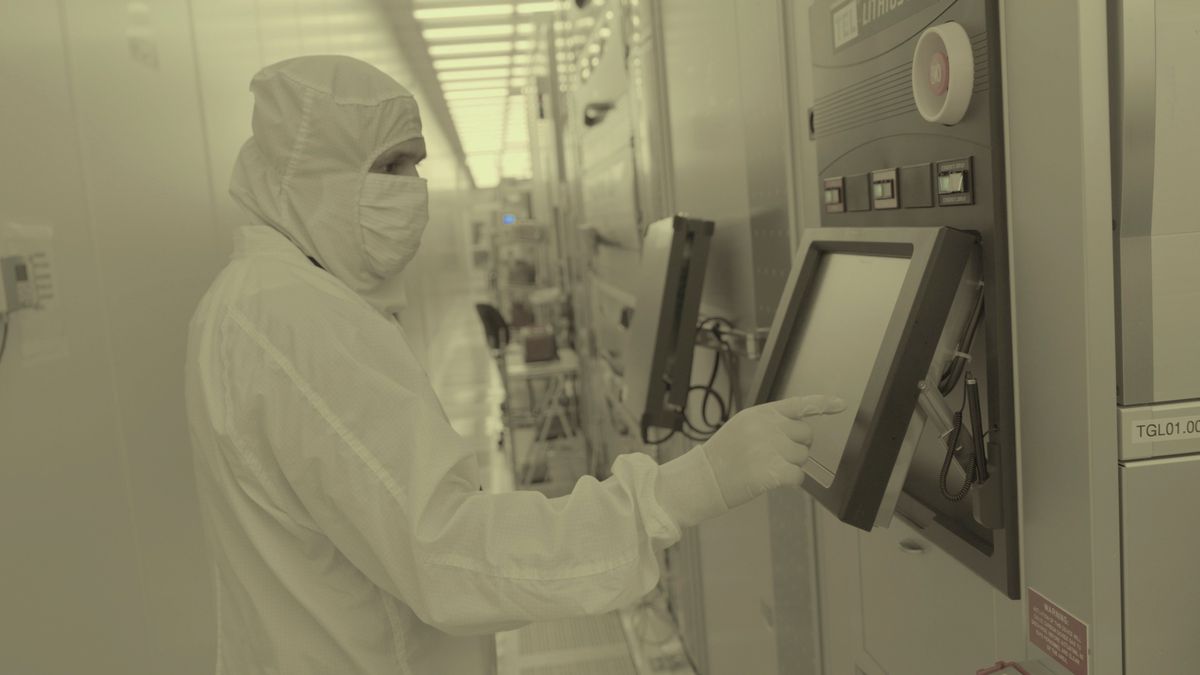 Common front in Congress to shore up US hegemony. The threat of China’s technological competition has managed to bridge the ideological gap between Democrats and Republicans and the two Senate benches have approved this Tuesday, as a matter of State, a comprehensive package legislative to reduce dependence on the Asian giant. China is President Joe Biden’s number one priority and the legislation seeks to empower the local industry to overcome dependence on key elements such as semiconductors, crucial for the activity of the automotive and telecommunications sectors. The initiative not only demonstrates the strategic objective of countering Chinese competition, but also the intervention of the Government in the economy, an anathema until now for the republicans.

The bill, endowed with almost 250,000 million dollars that will allow, among other actions, the construction of 10 local semiconductor factories -whose deficit slows down industrial activity and threatens recovery-, passed a procedural vote in late May in the Senate by 68 favorable votes against 30 against, and this Tuesday it obtained the final green light, with an almost identical result (68 yeses and 32 noes). The firmness against China has proven to be the only flag that adds wills in a Senate where the Democrats have a slim majority. The 2,400-page text must now go to the House of Representatives before being initialed by Biden.

The so-called US Competition and Innovation Act is in fact a bipartisan proposal, encouraged by Democratic Senator Chuck Schumer and his Republican counterpart Todd Young. The project dates back to February, when Schumer, leader of the Democratic majority in the Upper House, proposed the development of a battery of measures to promote the technology sector, industry and research in response to China’s challenges, with investments in semiconductors, artificial intelligence, robotics, quantum computing and other cutting-edge technologies. The draft received input from half a dozen Senate committees, underscoring the bipartisan consensus after years of marked ideological polarization.

READ  Have we received a visit from extraterrestrials? A long-secret American report remains VERY elusive

Among other provisions, it plans to allocate 54,000 million dollars to the semiconductor industry; nearly 17 billion in R&D to secure energy supply chains and 10 billion for NASA’s human landing system; in total, a sum of 195,000 million for the R&D chapter. An underlying initiative, pending processing, plans to allocate 81,000 million dollars to finance from 2022 to 2026 the National Science Foundation, the government agency that is the flagship of technological innovation in the country.

“It is not a minor law. The fact that there was no partisan fight [en la tramitación] It does not mean that it is not one of the most important laws passed in a very long time. We will look back and see that at this moment the United States regained control and advanced after several years languishing, in the best of cases, “Senator Schumer said at the end of May, in statements collected by the portal. Axios. The veteran Democrat recalled this week that the US has so far allocated less than 1% of GDP to R&D, less than half that of China. “The bipartisan legislation will be the largest investment in research and innovation in generations, allowing the US to lead the world in the industries of the future,” he added on Tuesday.

The bill also opens the door to new sanctions against Beijing for its violation of human rights in places like Xinjiang, the cradle of the Uighur minority; commissions a new study on the origin of the coronavirus and urges a diplomatic boycott of the next 2022 Winter Olympics. It even authorizes a specific amount of 300 million dollars to counteract the political influence of the Chinese Communist Party, according to the newspaper The Washington Post.

It is no coincidence that the same day that the Senate gave the green light to the Competition and Innovation Act, the White House announced the creation of a “strike force”, led by Secretary of Commerce, Gina Raimondo, to counteract the shortage in the short term of semiconductors and other basic materials in supply chains, that is, to combat unfair Chinese competition, to which Washington attributes the disruption of the supply of inputs such as neodymium magnets, used in the automotive and other industries , and whose supply depends on the Asian country.

The decision to create this task force is the result of a 100-day evaluation of essential sectors. The investigation has revealed four particularly sensitive to supply disruption: semiconductor manufacturing; large-capacity batteries, such as those in electric cars; rare minerals and active pharmaceutical ingredients. Very different products with a common denominator: dependence on third parties. A dependency that was revealed in the initial phase of the pandemic, with insufficient protective equipment and basic sanitary materials monopolized by China.

The semiconductor shortage is a global phenomenon that not only affects the United States, and industry sources believe that it will not be able to be overcome at least until mid-2022, according to experts quoted on Monday by the newspaper. Financial Times. With undoubted geopolitical consequences, Taiwan could become the eye of the hurricane of the Sino-American rivalry, given Washington’s growing demand for the Taiwan Semiconductor Manufacturing Company, the most solvent alternative supplier, to increase its production, something that the company does not. sees possible before 2023 despite his millionaire plans to invest in a factory in Phoenix (Arizona). Also the US giant Intel recently announced an investment of 20,000 million dollars in two new plants in that State. But the drought in both Arizona and Taiwan is a serious handicap when it comes to speeding up production, given the need for plenty of water to make chips.

Echoes of the Cold War

Taiwan as a hypothetical ignition point of the rivalry between Beijing and Washington helps to definitively refocus the foreign policy of the White House – while releasing ballast in Afghanistan or Iraq and avoiding as far as possible the Palestinian-Israeli conflict, not to mention the situation of Venezuela- to directly and almost exclusively target China and its sphere of influence. Around the tiny microchips echoes of the Cold War resonate raised to the nth degree. “Around the world, authoritarian regimes smell blood,” Schumer said recently in Senate. “They believe that democracies like ours cannot unite and invest in national priorities like an authoritarian, centralized and hierarchical government does. [como el chino]. They are encouraging us to fail to take the helm. “

That an element as small as a semiconductor has turned the global economy upside down is demonstrated by this law, the most expansive industrial program in the history of the United States and, of course, since the 1980s, when competition with Japan – unlike China, a military ally of the United States, forced Ronald Reagan to adopt some small-scale initiatives to boost national production, which were soon abandoned. But the threat is now greater, and the fact that China can use the technology it has available to increase surveillance and eventually use it as a weapon in a hybrid war is a possibility that did not exist against Japan. Hence, last week the White House extended the veto to 59 Chinese companies suspected of ties to the military-industrial defense conglomerate.

As the diary remembered The New York Times this week, the new law recalls the program Made in China 2025, presented six years ago and aimed at overcoming technological dependence on the outside. Six years late, four of them under Donald Trump, Washington is embarking on the same path, in a race that could dissociate the two great world economies from the rest, even if global supremacy is at stake. Meanwhile, the pressure groups that represent the interests of large corporations in Washington are rubbing their hands in anticipation of possible contracts.