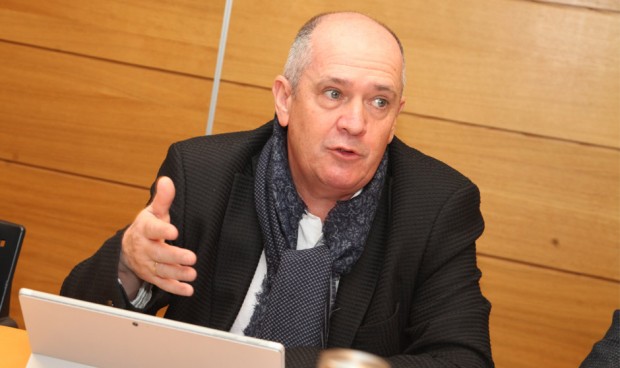 Dozens of Valencian health professionals will be, for the moment, the only ones to receive a compensation of 49,000 euros for the risk of contagion suffered in the first wave of the pandemic. And it is that, extending this measure to all the workforce at the national level is beyond the control of the union forces.

The State Confederation of Medical Unions (Cesm) explains that “it is not in his power” to make this measure, ruled in the Valencian Community, a national prerogative. The ball is now in the court of the “doctors, who, through the different autonomous health systems, should resort to justice in a similar way to his Valencian colleagues if they want to get said compensation. “” In this case we have no more capacity for action, “sources from their organization assure Medical Redaction, satisfied with the sentence.

Still, he assures that “this is not a victory for all the doctors in this community”, but only for those who “individually but grouped in this demand -in this case about 200- have claimed the Ministry “.

From his point of view, this result “supports” one of his greatest demands such as “mismanagement by the Administration at the national and regional level in their obligation to protect their professionals, especially in the first wave “.

The union recalls that, at the time, “it already did everything in its power to achieve greater protection for health workers” who were fighting COVID on the front line during the most aggressive part of the pandemic. Specifically, the organization took legal action against the then Minister of Health, Salvador Illa by considering him as the maximum responsible for the defective material provided.

A claim that the Supreme Court referred to the Superior Court of Justice of Catalonia and that is still being settled. Beyond that, each regional union “brought their own against their health services, running unequal luck despite the fact that the circumstances were the same.”

The sentence this Tuesday by the Social Court No. 5 of Alicante opened a new door to the hope of hundreds of doctors after months fighting against the virus. All after the justice decided to condemn the Valencian Community Health Department to compensate healthcare professionals with between 5,000 and 49,180 euros for their exposure to Covid-19 in the absence of protective material during the first wave. In other words, “for the damage and harm caused to its workers during the months of March, April and May 2020.”

The judge argued that individual prevention measures had been included in this phase by the Department, which would have meant “a serious risk to the safety and health of all health workers.”

Likewise, it condemns the Ministry to “the inexcusable adoption of protection measures, after evaluating the risks and jobs by the corresponding prevention services; to provide professionals with means of transport and individual protection in home care either in ordinary working hours or in continuous care and to equip the personnel with protective equipment composed, at least, of hydroalcoholic solutions, waterproof gowns, FPP2, FPP3 masks, protective glasses, specific leggings, gloves and large waste containers. “