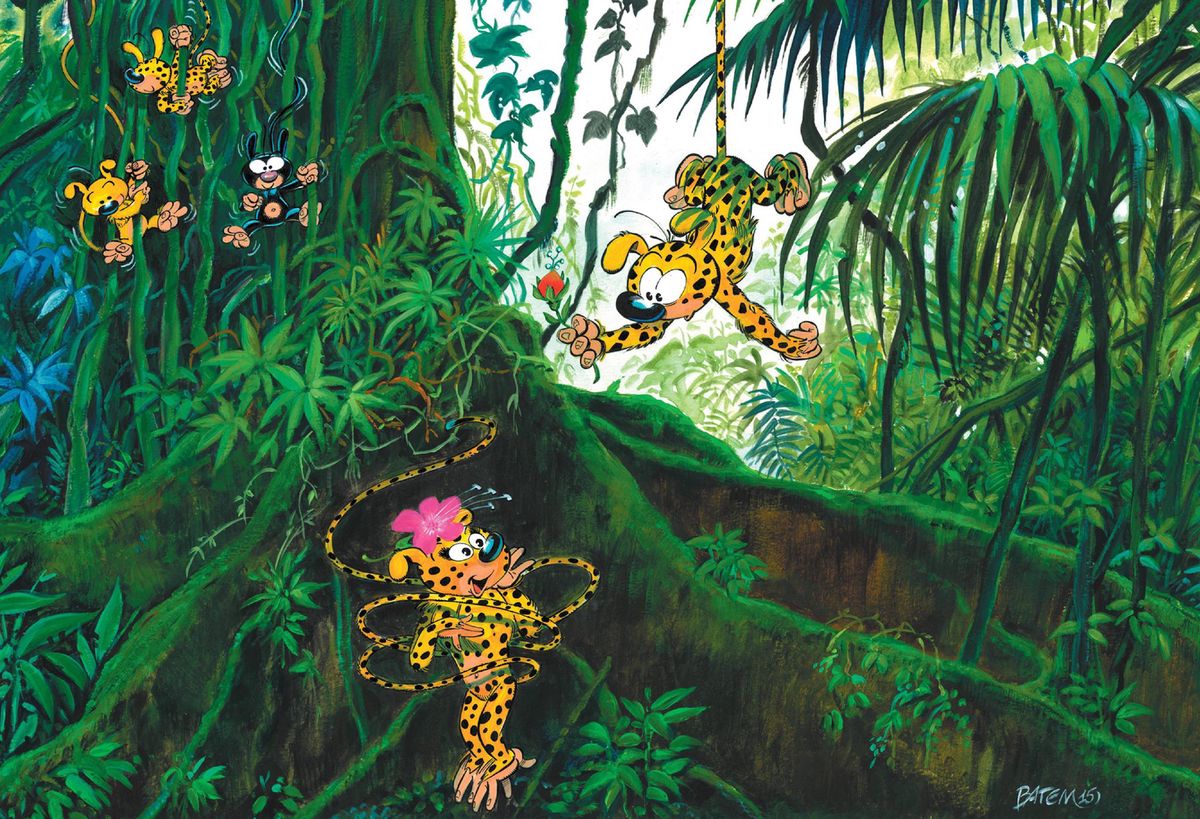 Comic strip – “The marsupilami is the magic animal par excellence”

– “The marsupilami is the magic animal par excellence”

At 70, the mythical character created by Franquin still leaps successfully. Meeting with Batem, its draftsman for nearly four decades.

“In dedication, I am regularly asked how the idea of ​​inventing the marsupilami came to me.” In such moments, Luc Collin, alias Batem, finds himself obliged to borrow the time machine. No, it was not him but André Franquin who imagined the leaping beast in 1952, during the episode “Spirou and the heirs”. On the other hand, with his rounded features, he has accompanied the famous hero with his black-spotted yellow coat for nearly four decades.

“I am not the father of the marsupilami, but his nurse,” slips the designer from Liège with a smirk to those who imagine him as a designer of myth. At 62, he drew the famous marsupial longer and more often than its real creator, who died in 1997. “I have no qualms about the role of buyer. I feel good with the character that Franquin passed on to me.” At the recent Book Fair, it is a blooming author that we meet in the lobby of the BD hotel, in Carouge. “The marsupilami is so endearing. It is the magic animal par excellence.

See also  10 things to watch in streaming during the holidays - DavideMaggio.it