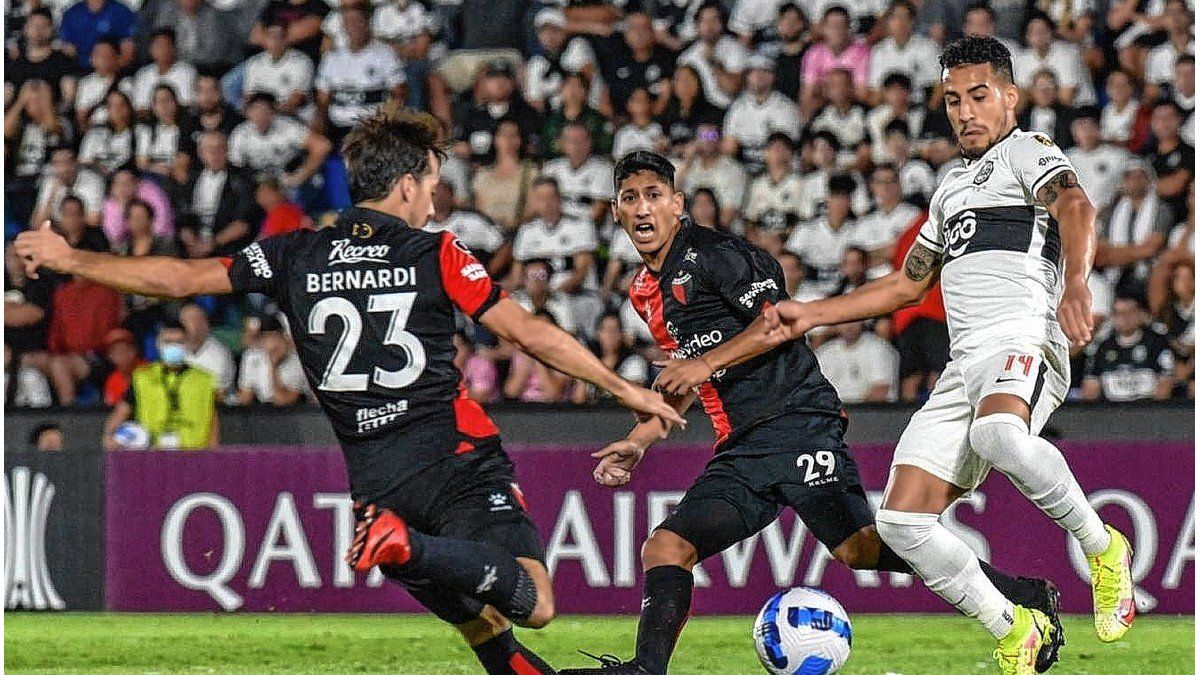 Colón was harmed in Paraguay, two goals were canceled badly and he tied with Olimpia

It was the best match of the Falcioni era in terms of the continuity of the game, since in this case the performance was even. In other games, the team showed ups and downs, but this time and beyond the missed goals, He was far superior to his rival tactically, soccer-wise and physically.

The first approximation It happened at 7′ with a center from the right by Alejandro Silva that found the head of Guillermo Paiva who headed comfortably inside the small area, but the ball ended up in the hands of Ignacio Chicco.

But to the 8′ answered Colón with a very clear chance to open the scoring. A still ball from the front and the advance of a header by Facundo Garces. The ball was destined for the net, but the goalkeeper Gastón Olveira with a great reaction managed to touch the ball that ended up hitting the right pipe and went to the corner.

The match it was back and forth with both teams determined to seek victory. For this reason, there was no owner of the match and both Colón and Olimpia shared the handling of the ball. At 12′ Olimpia warned with a cut pass, but Paiva was unable to finish well and the ball was controlled by Chicco.

At times inaccuracies abounded, since Olimpia showed difficulties in handling the ball and Colón was betting on a more vertical game. And that’s how at 22′ Christian Bernardi left Lucas Beltrán hand in hand but the striker finished off softly and Olveira blocked it.

And to the 23′ Colón arrived again with a very good maneuver by Bernardi who hooked inside and took a powerful right hand that Olveira sent to the corner. At that point, Colón clearly deserved the victory and the great figure was the goalkeeper of the Paraguayan cast.

However At 29 ‘Olimpia almost scored, but first Chicco anticipated coming out quickly to cut and on the rebound and from an unbeatable position, Paiva deflected the shot when he arrived with great ease to define. The game was for either of them, since the defenses were not sure.

when they played 38′ Colón was clearly harmed at the request of linesman number 2. Facundo Farías put a barbaric pass into Bernardi who entered from the left and converted. However, the assistant raised the flag, but later it was found that the sabalero steering wheel was clearly enabled.

Colón continued to generate very clear chances to score and at 44′ he almost succeeded, but once again Olveira emerged as a great figure, this time covering with his feet and purely reflexively a shot by Beltrán. In an unusual way, the game continued 0-0 since Sabalero had accumulated merits to win.

Even so, when injury time was already being played, the one who almost went to the locker room was Olimpia. A bad start in the red and black background left Hugo Quintana facing the goal and he ended up bothering another teammate, so that the shot went above the horizontal.

A really entertaining first half, with two teams that bet on the opposite goal. Without a doubt, Colón was superior and should have finished that first stage on top of the scoreboard. And he did not do it because of the goalkeeper Olveira who was the figure and because the line judge harmed him by sanctioning an advanced position that was not such.

And at the beginning of the second half, when they played 2′ Colón wasted another very clear chance. Against and taking advantage of the speed of his forwards, Farías assisted Beltrán with luxury and the ex-River took an eternity to define and ended up intercepting Olveira.

Olimpia gave all kinds of advantages in the background and Colón in an incredible way took advantage of them. He squandered actions in which he arrives with a numerical advantage in the area of ​​the Guarani cast. Already At 12′ another embarrassing mistake deprived Colón of taking the lead.

In another against the red and black teamFarías entered the area and defined the race. The shot was covered by Olveira and the rebound was captured by Eric Meza who ended up defining with a right shot. However the line judge number 1 raised the flag. Being that the lateral sabalero was perfectly enabled.

At 21′ Jorge Recalde finished off a free kick from the door of the area and Chicco’s response was remarkable, kneeling and with firm fists to clear the ball. Minutes later, Julio César Falcioni sent Ramón Ábila to the field instead of Beltrán.

And to the 25 & # 39; Wanchope wasted an excellent chance. He stole the table ball and assisted the striker who went alone facing the goal. And when he had everything to define he took his eyes off the ball and ended up advancing the ball with his left leg which ended up in the hands of Olveira.

If Olveira was the figure of Olimpia, that of Columbus It was Chicco who at 32′ covered a header that was a penalty on the run and at 33′ Iván Torres inside the area and from an unbeatable position finished off wide. In a couple of minutes Olimpia generated danger in the red and black goal.

At 44′ Colón arrived once again with Meza who, entering from the right sector, finished off a cross and again Olveira ended up blocking. There was no case between the inexperience to define, the successes of the rival goalkeeper and the rude errors of the line judges, the Sabalero ended up losing two points, rather than adding one.

Estadio: Defenders of the Chaco.