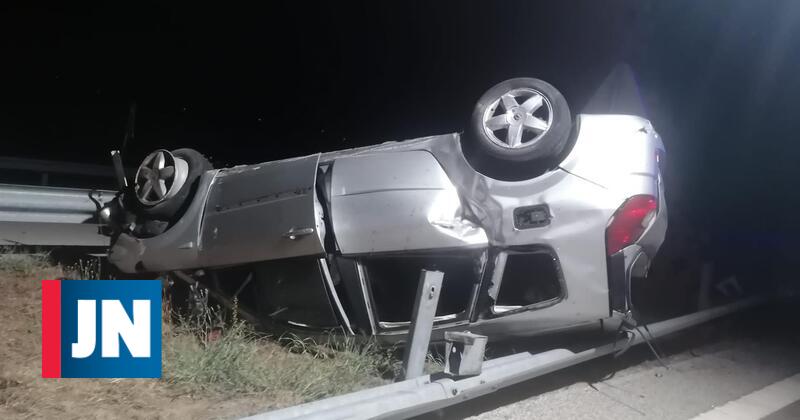 Collision kills pregnant woman on A24 in Castro Daire

A pregnant woman died late this Saturday afternoon following a collision between two cars on the A24 in Castro Daire, which left six more injured, including a child. The accident occurred around 7 pm in the Custilhão locality, in the Viseu – Lamego (South – North) direction, after the Castro Daire tunnel.

One of the vehicles overturned and was on top of the central separator, told JN the deputy of the Castro Daire Fire Brigade, Márcio Ferreira.

“There was an incarcerated victim who was in cardiorespiratory arrest. The other six people were outside the vehicle, four were slightly injured. There were also two serious injuries”, he explained.

“The most serious victim was assisted on the spot, but it was not possible to reverse the situation and the death was declared on the spot by INEM”, said Márcio Ferreira.

For this accident, 31 operatives were mobilized, including firefighters, INEM elements and GNR soldiers, supported by 11 vehicles.