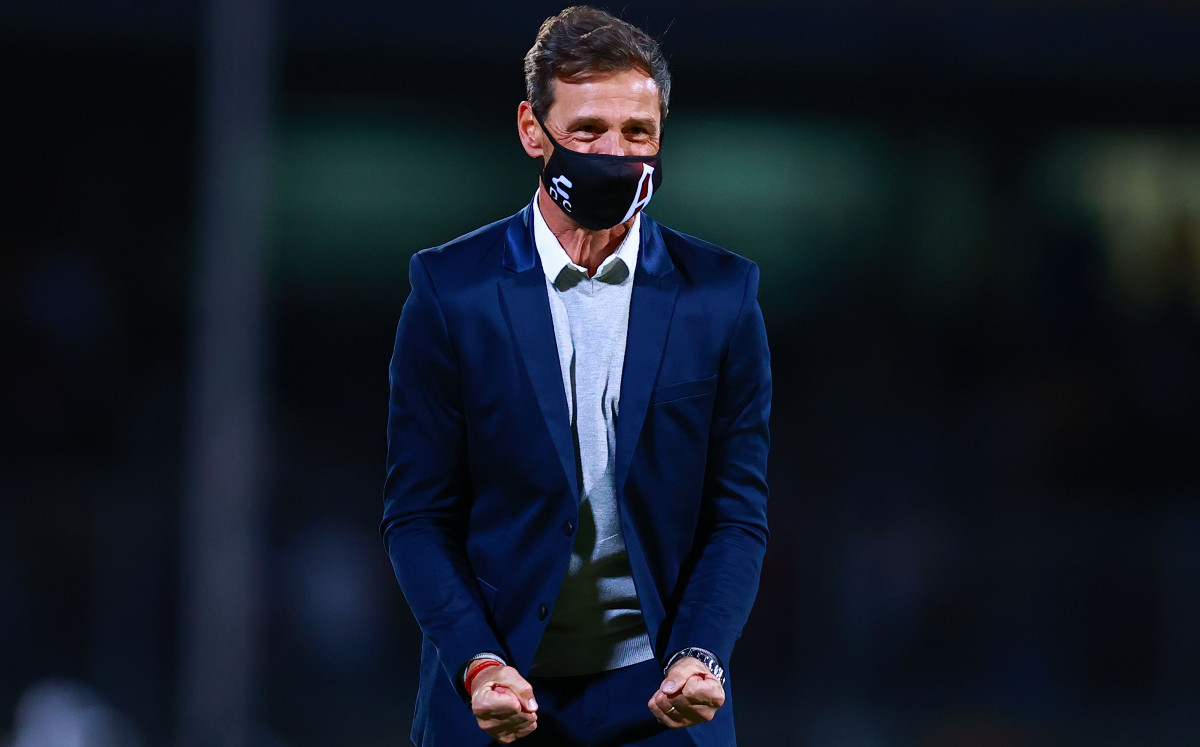 Cocca goes with Atlas for an impossible second, after making Racing champion

The impossible would not be news to Diego Cocca, the coach of the Atlas what in Argentina broke a major drought of the Racing de Avellaneda, a suffering team that in 2014 added 13 years without a degree and what like the Red and black It is also nicknamed “The Academy”.

Although the drought in Guadalajara is much greater, 70 years because his only title was in 1951, the Argentine strategist became hero in Avellaneda, where Racing I hadn’t been a champion since 2001, a title that came to them after the previous one was in 1966.

Former partner of Cocca in the Atlas of two decades ago, the former defender Pablo Lavallén he said excited to see his compatriot repeating in Guadalajara a feat like that of Racing.

“Sometimes they are profiles that are given, that are repeated, we are all looking for the best version of our teams, the players give it their nuance, the coach gives it a group idea, collective, but this circumstance occurs with two teams as Racing in Argentina and the Atlas in Mexico”, He mentioned Lavallén in an interview with Mediotiempo.

“Racing had been almost 40 years (without titles), from 66 or 67 until 2001 when he was Champion, and then Diego He also crowned it; maybe it’s the Diego’s specialty and we hope that this next weekend the recipe will be repeated ”.

That flag of Racing it has been taken up by athletic fans, who have repeatedly sung to Cocca as did the followers of the painting Avellaneda in that 2014.

“Come, come, sing with me, that we are going to find a friend, that by the hand of Diego Cocca, we’re going to turn around ”, was one of the songs red and black During the last months.

‘AT COCCA THE ATLAS STYLE FITS YOU LIKE YOUR PERSON’

Cocca and Lavallén they agreed on the Atlas because the first came in mid-1999, when the board sold to Rafa Marquez to Monaco. After leaving the Guadalajara box in 2001, Cocca to Banfield and then play in Veracruz, Querétaro and retire in Argentinos Juniors in 2006, a couple of years before starting his coaching career at Godoy Cruz.

“Any coach, not only Diego, we are showing our forms, our identity, and we ended up being like when we were players, and Diego as a player was always correct, to enter you hard but without too many gestures or grimaces, not so sanguine, but more thinking, “he added Lavallén.

“It seems to me that as a coach he started in a way that Argentina, it was Champion with Racing, and after that experience he found his true identity, and he is a coach who feels good with a solid and well-standing team. The style fits you like your person”.

LAVALLÉN SUFFERS WITH THE END OF ’99; PREFER TO BE ILLUSED

Cocca and Lavallén they were together in the Atlas of the Winter 1999 who did not win the title and stayed in the Semifinals, a tournament after the Final that they lost on penalties to Toluca.

“The truth is that the memories return after complicated seasons for the Foxes. Now the team was settling down little by little, it was showing its operation and getting points, which was what it needed, “he said. Lavallén, who has led teams like Belgrano and Colon in Argentina.

“Stay in second place and enter League knowing that you will define the local unless you have to play with the leader is always advantageous; today as never before I see it with many chances of power get the title”.