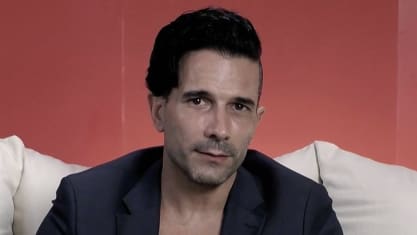 Things are suddenly getting serious at the “Club of Good Moods”. On Thursday evening, Marc Terenzi (43) spoke to Joey Heindle (28) about his difficult times on the Sat.1 show. “I had a crass life. I partied too much and had to get up and go on stage the next day. You work and take drugs, you have no other option, »says the singer.

Nobody helped him to cope with the addiction: “Your management wants you to work, nobody helps you.” Apart from his manager, nobody told him that he looked bad and needed a break. “They give you more drugs and more alcohol. I drank for two years. I had shows every night and even after two bottles of vodka I was totally okay on stage. People didn’t get it,” Terenzi admits.

The story hits Joey Heindle visibly. “How did you get out of this f***ing addiction?” he asks Terenzi. One moment in particular shaped him. “I was at home and had no feeling at all. And so I decided for myself: We’ll try a year without. If I don’t like it, we go back and it gets worse until we die,” he recalls.

After three months he felt so good that he said he could do it. “And I found such a new life.” The story seems to have brought the two closer together, because Heindle enthuses: “He’s like a big brother to me. You have to promise me that we’ll keep in touch after the show.” However, the friendship seems to be short-lived. Heindle was voted out in the same episode – by Terenzi, among others. (bsn)