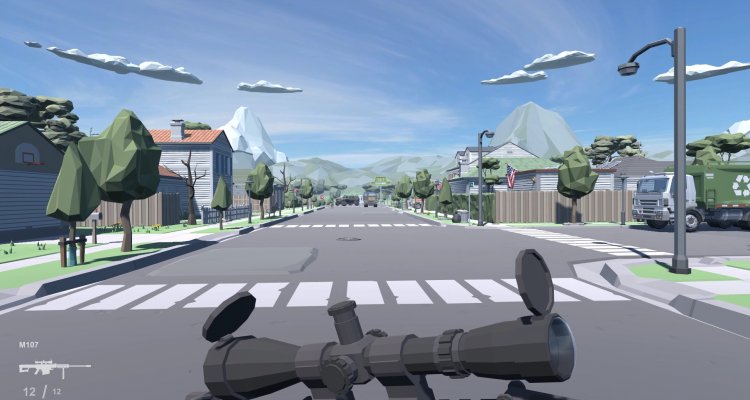 Clownfield 2042 is a multiplayer shooter that makes fun of Battlefield 2042 – Nerd4.life

Although it seemed like some kind of joke, Clownfield 2042 is reality and will be launched on Steam with this name and three modes multiplayer available at the exit, clearly making fun of Battlefield 2042.

Developed by Riverside Sports, Clownfield 2042 is one first person shooter multiplayer with a war setting, represented with a rather simple “low poly” graphics, but which clearly recalls the style of Battlefield 2042, from the logo itself to the characteristics of the map and settings.

History is also a whole program: “After the cryptocrash of 2022 caused by NFTs, most nations collapsed and a new union called” No-Clowns “was formed from this new situation. You are part of this faction and you you have to prepare for war “, reads the official description on Steam.

In the game we find ourselves taking on the role of a soldier equipped with six weapons, who must fight against enemies for control of the front, within the “greatest maps ever seen” and with the maximum amount of enemies controlled by the AI “that your PC can handle”.

The parody is not limited to the description of the story, apparently: “Experience the intensity of All Out Clownfare on maps full of mediocre weather effects and other events, like tornadoes. “Also,” Why play the game the way it should be when you can jump into a hovercraft and destroy enemies like this? Destroy the game physics and gameplay rules while enjoying the most broken and non-optimized experience ever. “

In short, the tone is quite clear but the game still seems to have a certain study behind it: there are three maps (War Island, Paradise City and The Heat) and three game modes, namely All Out Clownfare, Free for All with AI and Hovercraft Zones. Just to emphasize the concept, the official introduction of Steam concludes with “There will also be many bugs, we will let you enjoy them and instead of fixing them, we will release other skins”. There exit date is set for today, December 31, 2021, but the game is not yet available for purchase on Steam.