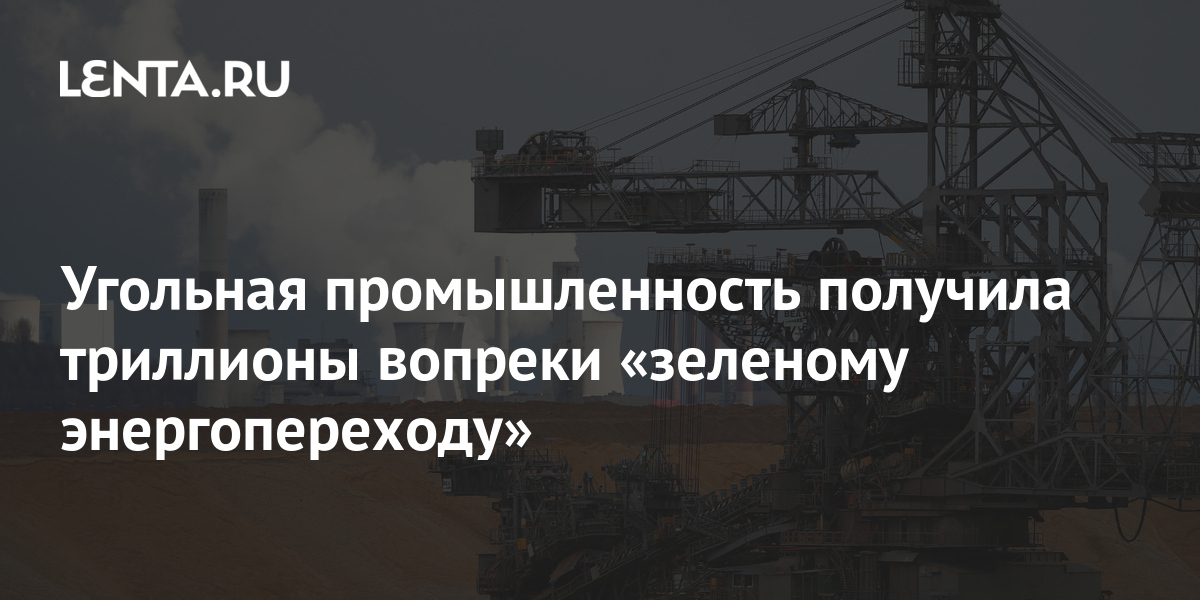 Despite the green energy transition, commercial banks and investment firms have funded the coal industry with massive amounts of $1.5 trillion since early 2019, despite pledges from the financial sector to help reduce carbon emissions. This is reported by Bloomberg with reference to the report of the German research group Urgewald.

Most of the world’s major banks recognize the need to reduce carbon emissions, but few are willing to turn away lucrative fossil fuel clients. Among the financial institutions that have issued the largest loans to coal companies are the Japanese Mizuho Financial Group Inc, the British Barclays Plc, the American Citigroup Inc and JPMorgan Chase & Co.

Institutional investors own coal assets totaling more than $1.2 trillion. The two largest are investment companies BlackRock Inc. and Vanguard Group Inc. — they own blocks of stocks and bonds worth more than $100 billion each.

“What we are seeing is just the tip of the iceberg,” said Urgewald CEO Heffa Schücking. “This is a clear sign that companies are not moving to a new, green level.” However, in 2020 and 2021, funding for the coal industry declined slightly in 2020 and 2021, according to Urgewald’s head of financial research – it is not yet clear if this trend will continue or if this is due to the impact of the pandemic on the economy.

Due to the transition to renewable energy sources, coal plants may be unclaimed. However, the Urgewald report confirmed that banks and investors still see a profit opportunity in the coal industry. “Huge sums of money are being provided to an industry that is the worst enemy of the climate,” Urgewald said.

See also  The UN responds to Elon Musk with a plan to solve world hunger, following the offer of the tycoon to donate 6,000 million dollars

Financing comes not only to coal companies, but also to oil and gas companies. In 2021, European banks and US investors poured billions of dollars into energy companies that plan to increase oil and gas production, according to a report by the non-profit organization ShareAction.