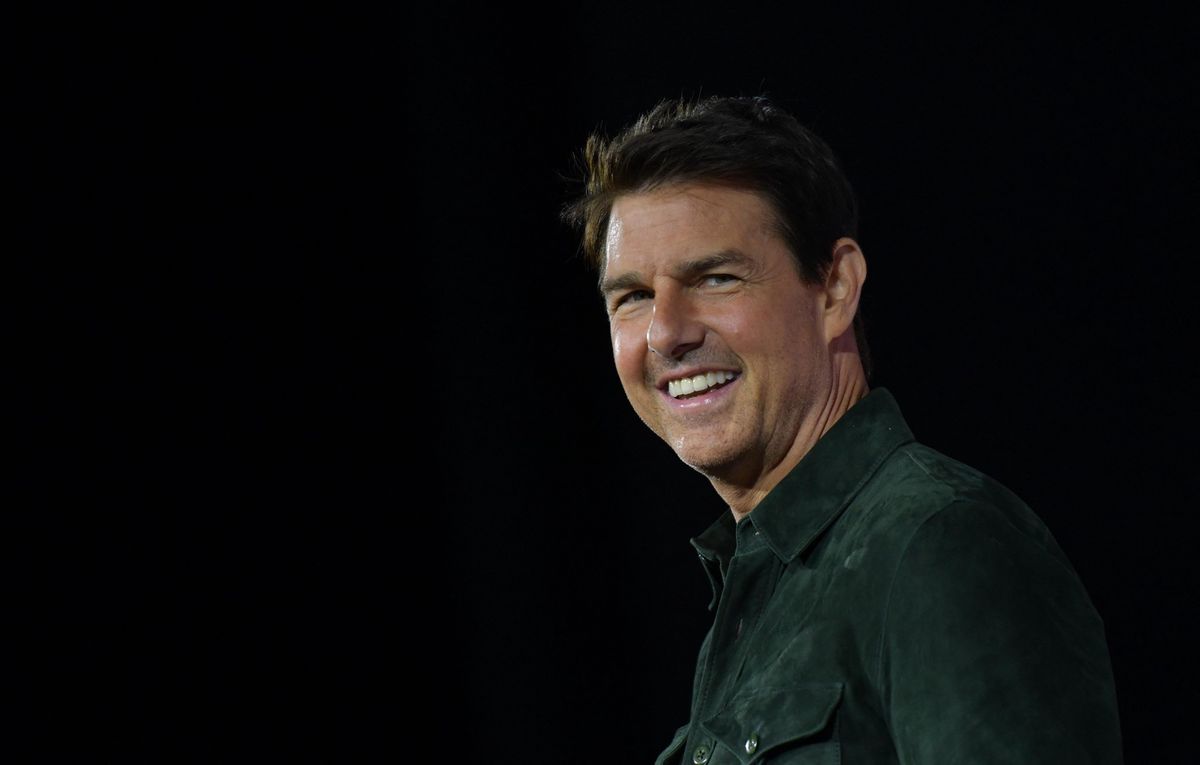 It is perched in balance on a biplane in flight that Tom Cruise unveiled Thursday in world preview “Top Gun: Maverick”, second part of the hit film released in 1986.

The sequel to “Top Gun” picks up the story of Maverick, an elite pilot played by Tom Cruise, some thirty years after the original film. Its release was originally scheduled for 2020, but it has been pushed back several times due to the coronavirus pandemic.

Tom Cruise, 59, presented his film via a video message to attendees of CinemaCon in Las Vegas, the annual high mass for movie theater owners. Renowned for his ability to perform a large number of stunts himself, it was perched on a plane in full flight over South Africa that he addressed them.

“Hi everyone. I would have liked to be there with you. Sorry for the noise”, yells the actor above the roar of the engine of the device and the whistling of the wind. “As you can see, we are filming the latest episode of Mission: Impossible,” he laughs.

“Tom does everything at full throttle, all the time… and you can’t stop him,” joked Jerry Bruckheimer, who was also producer of the first “Top Gun”, present in the room in Las Vegas.

The film’s plot and details are being kept under wraps until ‘Top Gun: Maverick’ officially premieres at the Cannes Film Festival next month, but the film was immediately applauded on social media by journalists attending the screening. screening organized by Paramount Studios.

The new part remains faithful to the recipe that made the success of the first “Top Gun” with intense action scenes shot aboard real US Navy fighter planes, as well as a large number of references to the ‘original.

Tony Scott, who directed it, died in 2012 but his successor, Joseph Kosinski, “found a way to pique Tom’s interest” after seeing videos on YouTube shot by Navy pilots in the air. using GoPro cameras during their training flights.

“I showed this to Tom and he said ‘it’s available for free on the internet… If you can’t do better, then it’s not worth making the film’ And so he agreed!” smiled Joseph Kosinski. With the help of naval aviation engineers, the filmmakers have indeed succeeded in placing no less than six cameras in the cockpit of the jets used for the filming.

The Navy opens its doors

The original film was inspired by the elite pilot training program known as Topgun, held at a now-closed military base in San Diego, California.

“Top Gun” was such a hit that recruiting officers were overwhelmed with requests from young people who wanted to follow in the footsteps of Maverick and his comrades. Some had even set up tables in front of cinemas showing the film.

At the time, however, the film crew “did not receive much support from the Navy”, underlines Joseph Kosinski. “For this film, however, when we made contact with the Navy, the doors were thrown open to us: ‘Come in, tell us what you need.’ The second part, for example, had access to the very secure base of China Lake, in the Californian Mojave desert, says the director.

“Top Gun: Maverick” also sees the return of Val Kilmer, who played rival “Iceman” in the original film. He made an appearance there, a particularly poignant performance since the actor lost the use of his voice following treatment for throat cancer.

“Val felt comfortable doing it. It was very moving to film”, remembers Jerry Bruckheimer. “He’s still an incredible actor, an incredible individual,” said the producer, of whom Tom Cruise said, “I’m not doing this movie if Val isn’t in it.”