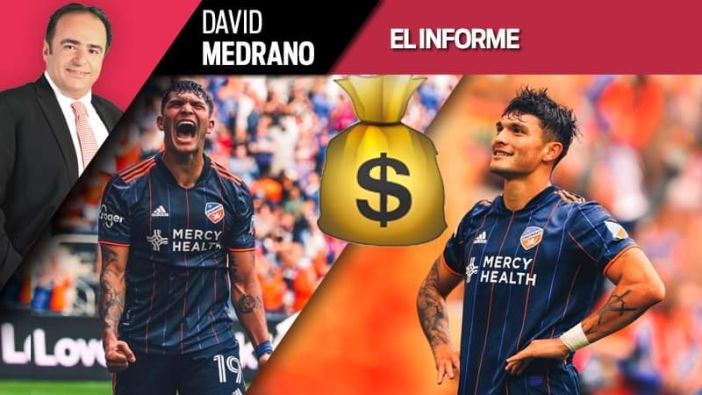 According to Transfermarkt, the price of the Mexican striker for Cincinnati FC in MLS, Brandon Vázquez, is 500 thousand dollars, which is why Chivas approached the North American team three weeks ago trying to reach an agreement, taking as a reference the aforementioned value . The rojiblancos almost went backwards, when the Cincinnati board asked them for five million dollars for the player free of dust and straw, arguing that he is a great promise who has 13 goals in this tournament. The people of Chivas understood that the MLS team had no intention of negotiating and therefore requested an amount outside the market.

For not having marked the hand of Pollo Briseño as a penalty, in the Chivas against Pachuca, Adonai Escobedo was sent to the freezer and was not taken into account for Liga MX, not even as VAR for the duels of the date 7same situation of Erick Jair Miranda, who did not see a foul in Cruz Azul’s goal against Necaxa, while the ‘Bala’ Oscar Macías Romo, who scored the maximum penalty at the last minute against América in León, was awarded two matches , the first last night in Ciudad Juárez and the second next Saturday between Santos and Blue Cross.

Something happened between the board of Venados and Marco Granados, the player who arrived a few days before the start of the tournament for an act of indiscipline with the Black Lions. La Pantera was taken into account by coach Carevic on dates 2 and 3, where he had a few minutes; however, over the weekend the people of Venados decided to remove Granados, who had already been placed in the SIID as transferable in case any club was interested. It is noteworthy that the Yucatecans have dismissed him only in the Matchday 5.

YOU MAY ALSO BE INTERESTED IN: CHIVAS FELL AGAINST GALAXY IN THE LEAGUES CUP SHOWCASE.