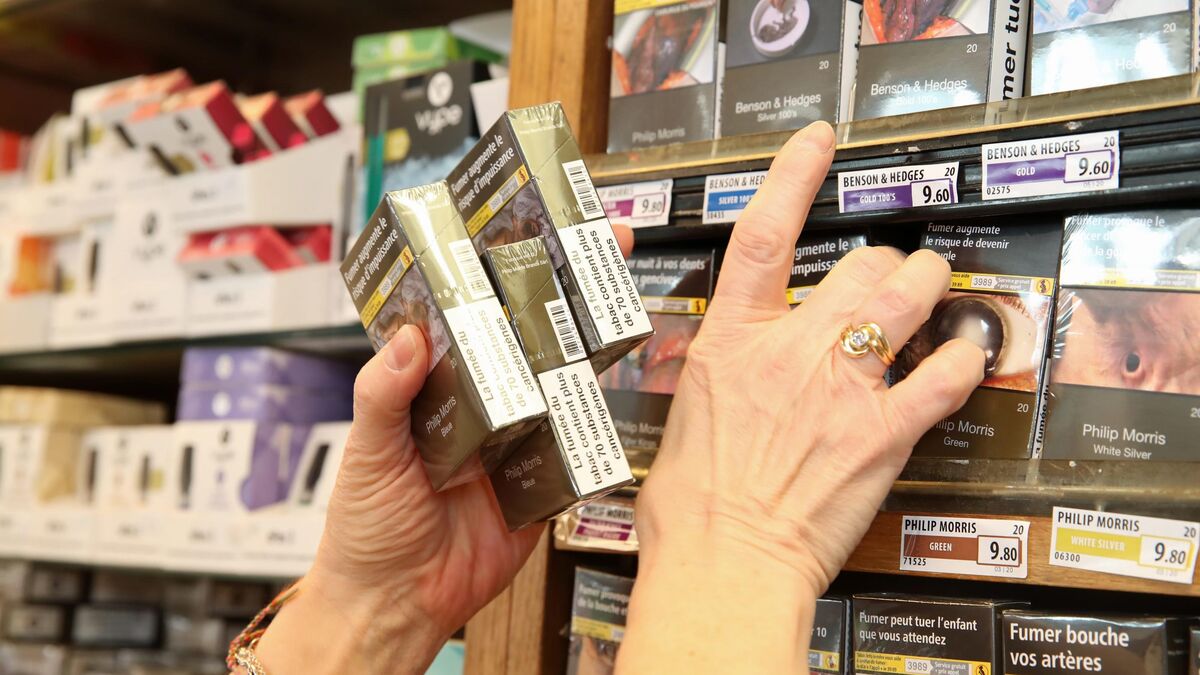 Cigarette prices: despite inflation, why some packs will be cheaper from May 1

Good news for smokers, less good for their health. From May 1, a few packs of cigarettes will see their price decrease. This is particularly the case for certain packages of the Lucky Strike brand which, depending on the model, go from 10.20 euros to 10 euros or from 10 euros to 9.90 euros, Peter Stuyvesant which will now be sold for 10.50 euros instead of 10.60 euros or the Vogue which also lose ten cents. A decline that is not orchestrated by a reduction in tobacco taxation, but by some cigarette manufacturers themselves.

A challenge, while according to Insee, inflation, over one year, reached 4.8% in April against 4.5% a month earlier. Unheard of since 1985 (5.8%). Would the tobacco companies be spared by the rises in raw materials and those in energy? “We are in a very competitive market, we have lowered our prices for reasons of marketing strategy”, justifies, without further details, British American Tobacco (BAT), which concentrates the majority of the reductions.

It must be said that while the tobacco market is essentially shared between four major players – Philip Morris International (PMI), Imperial Brands, Japan Tobacco International (JTI) and therefore British American Tobacco (BAT) – competition there is severe . Especially since the volumes of tobacco imported for sale in France continue to decline, -6.4% in the first quarter of 2022, while the number of smokers remains constant.

Blame it on smuggled cigarettes, that is to say from countries with softer taxation and resold in France, but above all on those resulting from counterfeiting. A booming market which consists of copying and manufacturing directly in France or in neighboring countries the best known brands, often with cigarettes with dubious content, sold under the cloak or via social networks at half price. According to a parliamentary report published last year, between 14 and 17% of the tobacco consumed in France is purchased outside the network of tobacconists. That is a shortfall of 2.5 to 3 billion euros for public finances.

In this lawless market, manufacturers are therefore trying to play on prices: -10 euro cents on premium packages, -20 euro cents for those for the general public to remain attractive at a time when the inflation hurts portfolios. A complicated exercise, when more than 80% of the price of a package is made up of taxes “and if you sell your package for less than 9.93 euros, you pay even more”, assures a tobacco company.

But an anti-tobacco tax policy that has a goal: to save lives. As a reminder, each year, in France, more than 75,000 deaths are attributable to tobacco.