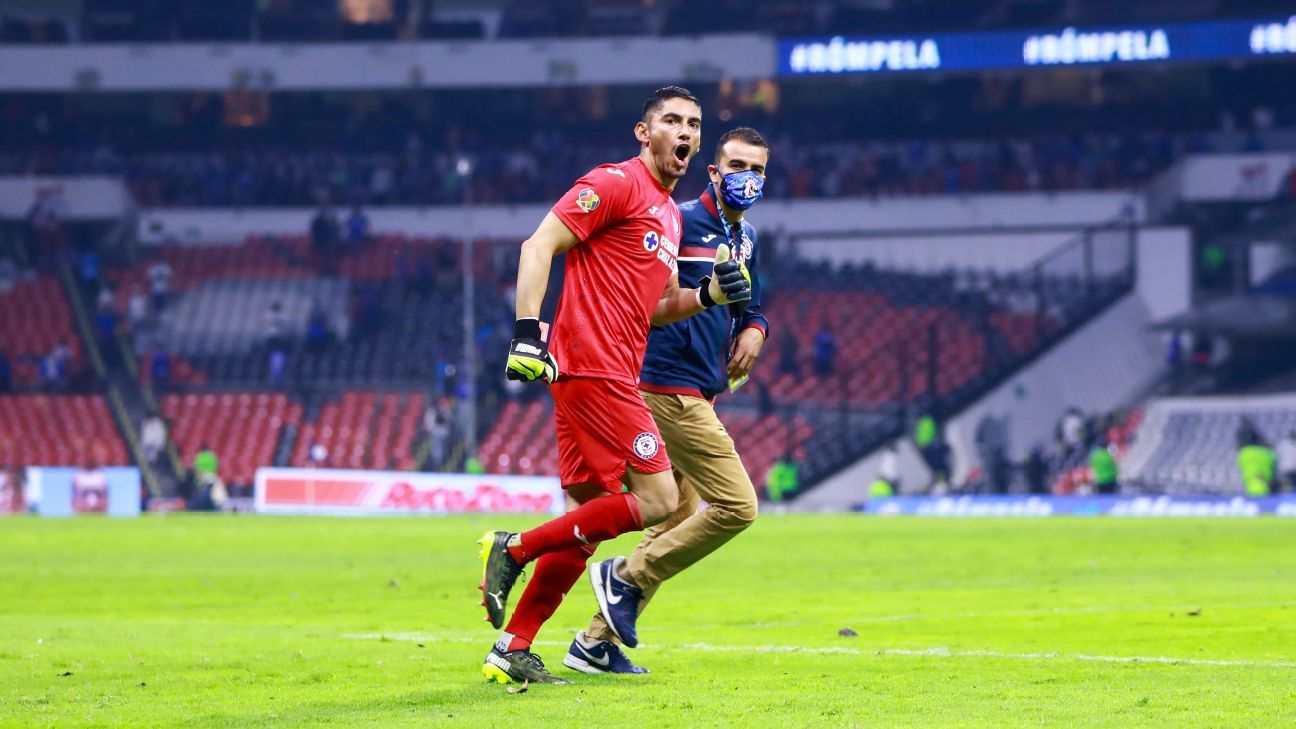 Jaime Ordiales, sports director of Cruz Azul, revealed that the goalkeeper wishes to retire at La Maquina, so his departure from the cement cluster is not considered.

MEXICO – The desire to Jose de Jesus Corona is to renew contract with Blue Cross and finish his career in this club; he said so Jaime Ordiales, sports director of the Machine, who announced that in order to seek the two-time championship they will look for a steering wheel on the right, after the departure of Elías Hernández.

“Chuy always said that he wants to stay; He told us all, also Álvaro (Dávila). The important thing is continuity; If it were up to me, Chuy would stay for at least a year and hopefully longer, for him; but Álvaro is the one who negotiates with him and Pablo Aguilar, I think since January. Chuy once told me that he would like to renew and finish his degree in Blue Cross. I do not think there is a problem for the two to continue. We will come to an arrangement, God willing, ”he said. Ordiales.

Jaime Ordiales He pointed out that it is very important that the champion team does not disintegrate to achieve more objectives in the second part of the year.

“The players with their representatives usually handle the possibility of not renewing, of holding out longer, of waiting, and sometimes that complicates when thinking about retaining them in the medium and long term,” he said.

The leader stated that Corona and Aguilar were important bastions for obtaining the title, thanks to their extensive experience.

“Chuy’s age does not matter,” he replied. Jaime OrdialeIt’s about 40 years of the goalkeeper. “I retired at 40 and I have always thought that there are players who can be long-lived. Chuy has had one of the best seasons in his career, “he said.

On the other hand, Ordiales stated that due to the little activity he had in the recent sports year, Elías Hernández requested to go to León, and to fill his position, Blue Cross he will look for a right half forward that has speed and overflow.

YOU WILL PERSONALLY DECIDE IF YOU STAY

As for its continuity in Blue Cross, which has been questioned not for lack of good results, but because there are voices that indicate that Álvaro Dávila will continue to bring his people to the club, Jaime Ordiales He stated that he has one year left on his contract, of the two and a half years that he signed with the previous board. “I did not come to ask for a job, they offered it to me when I was the president of Querétaro,” he recalled.

He assured that Álvaro Dávila, president of Blue Crosshas not told you or suggested that you leave the club; so for now he continues to fulfill his functions, for what he was hired, which is to plan the preseason and seek reinforcements, something that he hopes will continue to be his thing.

“The people on the council have always told me that they are very happy with my work, but the reality is that in the end a new project started and we are going to analyze what is the most convenient for the institution.”

He bluntly pointed out that “so far I feel inside Blue Cross and I do my job ”, adding that he has always had the responsibility and power to make sports decisions for the club, always counting on the consensus of the owners or presidents in this case of the Machine and at the time of America, Chivas and Querétaro; He hopes that it will continue to be the same in this new stage and if not, “we will make the decisions that it deems appropriate. For the moment here I am and I will continue at this time ”.

It must be remembered that Ordiales had to negotiate the hiring of Juan Reynoso, when plan A was Hugo Sánchez, and the Peruvian was one of four options for plan B. He practically formed the team and brought in new players such as Luis Romo, José Ignacio Rivero and José Joaquín ‘Shaggy’ Martínez.

Blue Cross He will return to the start of the preseason on Monday 21 of this month. Due to lack of time, there will be no beach work. The options at this time are: Avándaro, in Valle de Bravo, or La Noria, in Xochimilco. They sought to work in the CAR, but there are concentrated national teams; They also tried to go to Querétaro and could not.