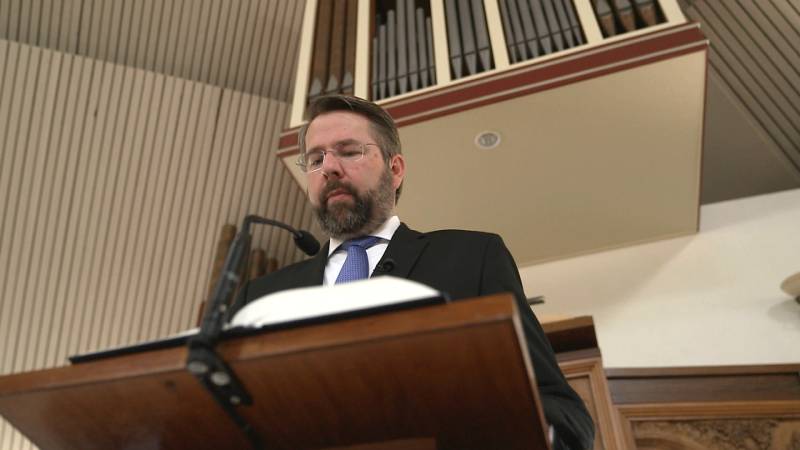 Church split threatens: may or may not women have an official role?

Within the Christian Reformed Churches, a persistent conflict has erupted about whether women should have an official role in the church, such as pastor, elder or deacon. A divorce within the church is imminent.

During the synod, the ecclesiastical meeting, men spoke for 21 days about whether the woman should be admitted to the ministry. This makes it the longest debate of the synod ever.

It is a conflict of principle whether you should take the text in the Bible literally. The so-called silent scriptures in the Bible say, “Let your wives be silent in the churches. For it is not permitted for them to speak, but commanded to be in subjection, as also saith the law.”

According to a majority of the Christian Reformed Churches, female participation in church ministry is therefore completely out of the question, says Gerard den Hertog, emeritus professor of Theology. He was one of the speakers at the synod. “The majority says: we have no problem at all with the emancipation of women. We do not want any discrimination against women. But we think that on Biblical grounds you cannot confirm women as ministers, elders or deacons.”

But some of the churches think very differently about this. In the Christian Reformed Church in Emmeloord, women certainly do not have to remain silent, says Rev. Bram Hofland. “There is room for them to read the Bible, sing together and serve God.”

Women do not feel submissive to a man at all, churchgoers say. Hofland: “As far as I’m concerned, there is certainly room for women in office. The Bible texts are very difficult to research and interpret. But how wonderful is it to be able to serve together in God’s kingdom?”

See also  The pen did not release it, it kept it

Most Christian Reformed Churches think they can take the Bible literally. The texts are absolutely clear, says Hans van Vulpen, pastor of the Christian Reformed Church in Urk. “This theme of women and ministry is a theme throughout the Bible from start to finish. If I’m going to read that differently, then I have to read the whole Bible differently. I can’t, I can’t and I don’t want to. “

Churches with a different interpretation are thus disobedient to the Bible, he says. “Unfortunately I cannot draw any other conclusion. No matter how much it hurts me.”

According to the pastor, it is “unbearable” that other churches do not adhere to his lecture. “Because it requires a way of reading the Bible that is really completely different. And no longer Reformed. You can’t contradict the scriptures. It’s not a question of whether you like it, it’s whether you want to be obedient.”

With 32 in favor and 19 against, the synod decided that women should not be admitted to office. All affiliated churches must adhere to it. The synod has decided not to intervene directly with churches that do not adhere to the rules. They have two more years to get back on the right path. But Rev. Hofland in Emmeloord is not going to silence women “in any case”.

The impending divorce is painful for everyone involved, says theologian Den Hertog. “That also goes through families. That means that people no longer get together on birthdays. Those kinds of things have happened in history. You shouldn’t think about that. And it shouldn’t be. That touches me very much.”

See also  “Little Buenos Aires”: the Miami avenue with restaurants and nightlife that Argentines choose the most

The church is where people believe in miracles, he says. “Now we must ask God with our hands up: Help us, lead us out of this and bring us together.”