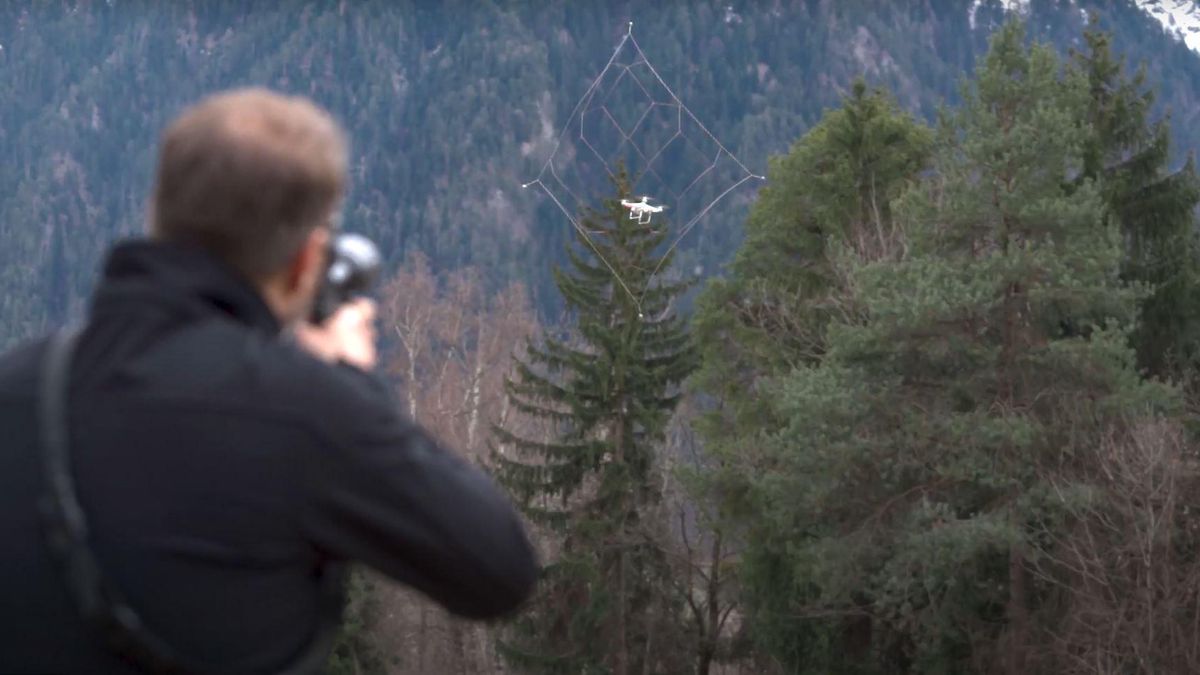 Chur GR: This weapon brings unwanted drones out of the sky

Chur GR: This weapon brings unwanted drones out of the sky

Some people feel disturbed by drones in their privacy. The company Droptec offers a solution. A drone fan reports on his own experiences.

A resident of Grabs reported her unpleasant encounter with a drone on her private property. The woman felt harassed and angrily wrote a post on Facebook. In addition to proposed solutions such as a garden hose to combat the drone, the name of the company Droptec from Chur GR was also mentioned.

The company Droptec manufactures the so-called “Dropster”, a firearm used in various areas to combat drones. According to an explanatory video on the company’s website, the Dropster is loaded with a net cartridge, provided with a propellant charge and is then ready for use. The weapon shoots a net at the drone, with the net wrapping the drone’s rotors and “neutralizing” them.

“Our customers are primarily security forces, including the police and prisons, but also a few private individuals,” says Christian Gauer, one of the owners of Droptec. “For private use, the Dropster can be purchased at a price of 4,800 to 6,500 francs with a gun license, with the police checking the possible use in advance,” adds Gauer.

“The Dropster is a firearm and can have a lethal effect if fired directly at it, so certain safety regulations must be observed,” says Gauer. Droptec recommends basic training before use, which it offers either at its premises in Chur or at the customer’s premises.

“I think Droptec is a good idea, because unfortunately drones are often misused,” says Patrick Barros, a hobby photographer from the Engadin who shares his drone shots on Instagram. “The attraction of filming with a drone lies in the change of perspective that occurs,” says Barros. “The feelings are difficult to describe, but I often wish I was a bird,” says the Grisons.

It is important to Patrick Barros that you respect the privacy of other people, but also nature and everything that goes with it. “I choose places where I’m alone and not disturbed by people or animals, so I can create my pictures in peace,” he says.

“People are often enthusiastic and praise the resulting images,” says Barros. «So far I have never seen anyone feel uncomfortable about my drone. Funnily enough, once she was attacked by a seagull,” says the amateur photographer. He reacted with understanding and took down his drone.

“Some people simply have a drone allergy”

“It’s almost impossible to film in Liechtenstein because the laws regarding drone photography are a bit complicated,” says Pascal Büchel, a Liechtenstein amateur photographer. According to him, it’s not allowed to film houses there if you don’t have an order to do so. Therefore, drones are more suitable for taking pictures of individual buildings and less for those of an entire village.

“The problem with Droptec’s firearms is that they can also be misused,” says Büchel. “I met many people who have a drone allergy and are not familiar with the law,” says Büchel. “They would just shoot at the drones without permission and make a fuss, even if you were filming something legal,” he adds.

See also  Baden-Württemberg: More and more people are getting infected with the corona virus again Regional