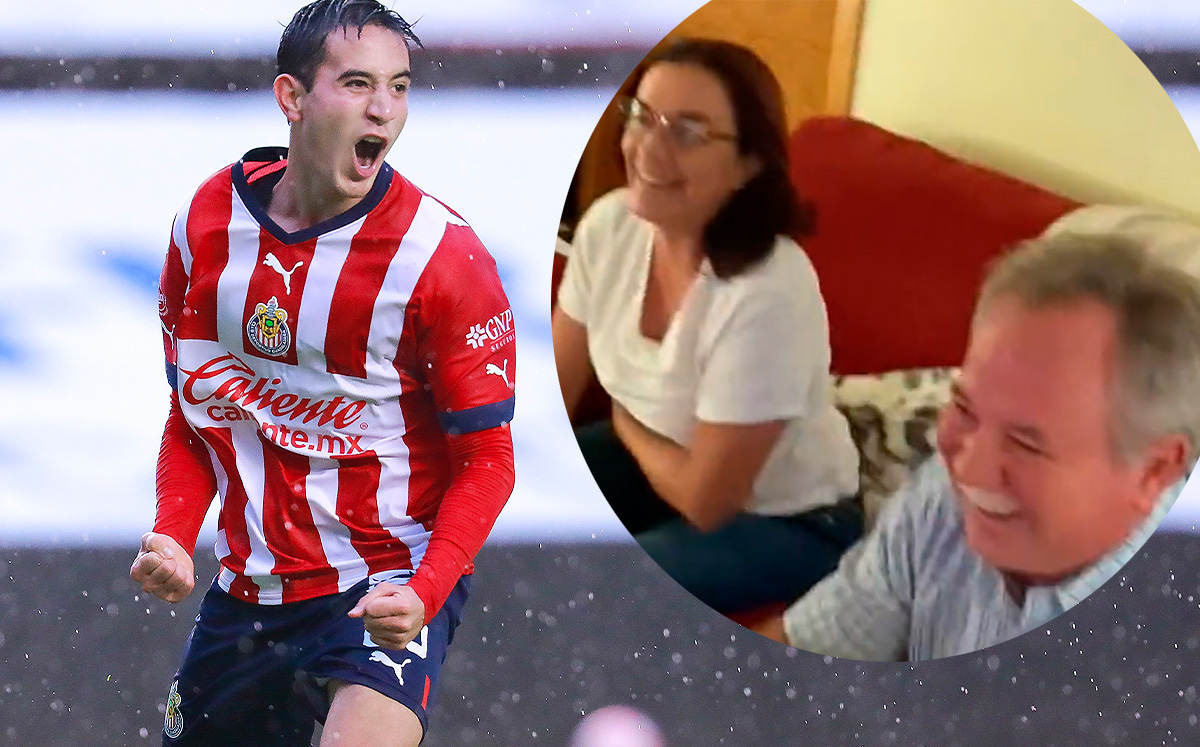 Chivas. The viral video of the Pérez Bouquet crying for their 1st goal

The thrill of first goal in First Division it is unforgettable for any player and for his family. What happened on Wednesday Sebastián Pérez Bouquet with Chivas He made his closest loved ones jump for joy and shed some tears, who shared the special moment on social networks.

Sebastián scored the Flock’s first goal against Querétaro on Matchday 5 and her sister, Vicky Pérez Bouquet, uploaded a video to Twitter of 30 seconds in which we hear her scream at the top of her lungs the player’s score, while her parents are visibly excited in front of the TV following the transmission.

The video became popular with more than 11 thousand likes and dozens of congratulatory messages: “This kid deserves all the best” and “What a beautiful family” are part of the comments, while others point out that he is the Pérez Bouquet’s fifth goal in a monthsince with the Tapatío it added four in the Expansion League.

Unfortunately for Pérez Bouquet, his goal against Gallos Blancos did not help Flock’s victory because in the 89th minute they equalized through penalty after a foul by Santiago Ormeño, the brand new reinforcement for the forward who, on this occasion, damaged the cause of the Tapatios.

With this There are five dates of the Apertura 2022 and Guadalajara has not yet won, adding to the moment four draws and one defeat. Interestingly, the staunch sports rival, America, adds the same number of points as a result of a win, a draw and two setbacks.

See also  It could be the new 10 of Chivas, it is better that Angulo and Leaño feel it for the guy