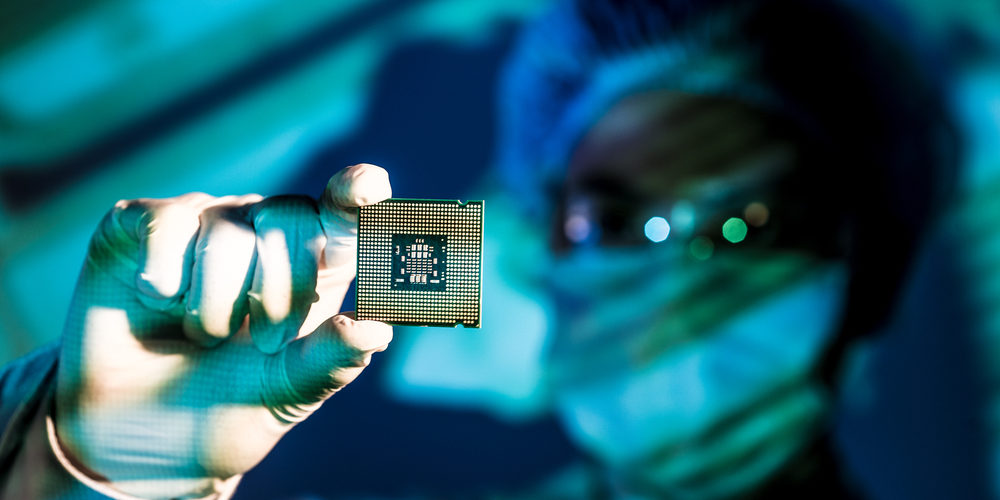 Chip shortage: How the crisis really came about

Semiconductors remain scarce, which means that the German economy will recover much more slowly. Where the lack of chips actually comes from and how it can be overcome.

When does the chip shortage end? The crisis is homemade and solutions take time.

The economic recovery continues in the second year of the corona pandemic. The gross domestic product increased by 1.8% in the 3rd quarter of 2021 compared to the 2nd quarter. Nevertheless, the development could be better – if the urgently needed semiconductors had not been so scarce. No recovery is in sight for 2022.

According to the consulting firm Goldman Sachs, 169 industries are affected by the shortage of chips. A lack of microprocessors has not only hit the automotive industry badly. Whether smartphones, WLAN routers or medical devices: nothing works without chips. Experts do not currently see a trend reversal because the problems that contribute to the crisis persist.

How the chip crisis came about

It is worth taking a look back for a better classification: At the beginning of 2020, the semiconductor industry was facing a strong economic upswing. But then the corona virus caused a stir – the automotive industry feared weaker demand. In the spring of 2020, auto sales actually collapsed. Buyers canceled numerous orders to chip manufacturers. Many in the industry did not realize that this could lead to a global chip crisis.

The dilemma: the canceled orders were no longer available to the car companies. Consumer electronics manufacturers had struck. With wise foresight, if you think about the long time in the home office and lockdown. “During this time we worked from home, did sports from home, went to school from home and entertained each other at home,” says industry expert Julia Hess from the Berlin Foundation for New Responsibility. Smartphones, laptops and game consoles were booming. Global chip stocks ran out quickly.

The global shortage of chips is also subject to force majeure. In February 2021, manufacturers such as Samsung, NXP and Infineon had to stop operations in Austin, Texas. After heavy snowstorms, the power supply failed, so that the semiconductor factories (fabs) could no longer be shut down in a controlled manner. This caused damage to the production facilities. Parts of the fab infrastructure also suffered.

Japan also recorded failures – triggered by natural disasters and fires in chip factories. For example, a Renesas Electronics manufacturing facility was damaged in a major fire in March 2021. The consequence: shortage of microcontrollers.

Politicians also got involved in the global chip crisis. The then US President Donald Trump took up the cause of limiting the global influence of Chinese high-tech companies like Huawei. He imposed sanctions in the field of chip technology. Chinese companies then started buying chips that were readily available.

What are chips in cars?

Microchips contain many tiny circuits that ensure that the device in which they are built works. In a car, semiconductors often cover the infotainment system, i.e. the digital displays, cameras, etc.

When will there be enough semiconductors again?

Since there are different bottlenecks in different industries, there is no uniform solution in sight. The automotive industry lacks the chips because the production of semiconductors in the fabs cannot meet demand and is thus proving to be a bottleneck. Game consoles such as the Playstation 5 lacked a special insulating film, which is required for the production of carrier plates for the chips that have already been manufactured. In some types of semiconductors, Infineon Automotive boss Peter Schiefer predicts a shortage that will “continue well into 2022”.

The big chip manufacturers like Intel and Infineon are increasing their production capacities so that the shortage will be alleviated in the next year. But it should not be overcome until 2023.

“The expansion of our existing fabs in Ireland takes between 18 and 24 months,” says Intel’s Germany boss Christin Eisenschmid. When building a new system, you have to reckon with an even longer time: “A factory like this is highly complex and requires a huge investment volume so that the latest equipment can be purchased.”

Another approach is greater transparency in the supply chains. Here, the buyers of the chips want to act more openly. Important players such as BMW or Bosch want to ensure more transparency themselves so that chip manufacturers can calculate better.

Bosch has already reacted and is making a mega investment. The company plans to invest 400 million euros in the production of semiconductors in 2022. According to Bosch, 4,000 square meters of new clean room space will be created in Reutlingen by the end of 2023.

The state is also required to cope with the crisis. “We are ready to make an investment of several billion euros,” says Intel manager Eisenschmid. “But we can’t do it alone.”

Bosch is struggling with electromobility

Manufacturing has shifted mainly from Europe to Asia, as chip production is massively subsidized. Nine percent of global semiconductor production currently comes from Europe. “That was 44 percent in the 90s.”

TSMC is negotiating with the federal government about a German factory

New chip factories in Germany would ensure more independence in the market. Taiwan Semiconductor Manufacturing Co. (TSMC) is negotiating this with the federal government. TSMC is one of the world’s largest independent contract manufacturers for semiconductor products. Facilities are now also to be set up in Europe. According to sales manager Lora Ho, the talks with the German government revolve around state subsidies and the recording of potential customer demand. If these factors are positive, there could be a new chip factory in Germany. A location has not yet been determined. The EU wants to further boost domestic semiconductor production. In the European Chips Act, strategies to boost production are to be presented in mid-2022. The goal: to achieve a share of 20 percent of global production by 2030.

See also  The highest yield on National Bank Certificates 2022. Congratulate your son on his success in high school and buy him one