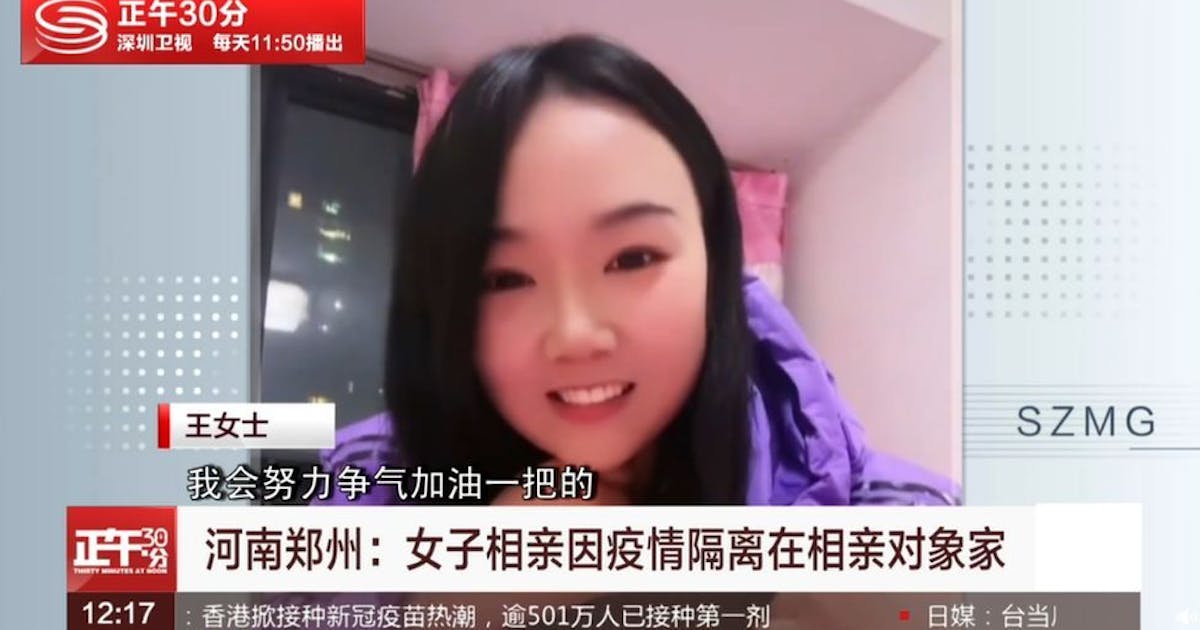 Chinese woman is stuck in his home with a blind date

When the date lasts forever: The lockdown surprised a young Chinese woman when she was invited to dinner by her blind date. Since then she has been stuck in her husband’s apartment.

Dating in times of the pandemic can have unforeseen consequences – this is now shown by a case from China. The corona lockdown that was suddenly imposed on parts of the metropolis of Zhengzhou a week ago put a woman looking for a partner in an awkward position: she had just been invited to dinner in his apartment by a blind date when the district was sealed off – and have been sitting since then stuck with him, said the woman of the newspaper “The Paper” from Shanghai. The BBC also reported.

A swift Covid-19 lockdown in China has reportedly led to a woman getting stuck at the house of a man she met on a blind date. She told local media she had been stuck for 4 days at his house. https://t.co/y0MfnoDmeJ

The woman, whose name was only given as Wang, said she wanted to stay in Zhengzhou for a week to find a possible marriage candidate. “I’m getting old, my family introduced me to ten acquaintances,” who she wanted to see one after the other, she reported to The Paper. Her fifth date had just invited her over to show off his cooking skills when lockdown went into effect.

«Dumb as a wooden mannequin»

Since then, Wang has been showing her involuntary everyday life with her date in short online videos. Footage released by local media shows the man cooking for her, doing chores and working on his laptop while she sleeps in.

However, there is little to feel of romance. Her date was as “dumb as a wooden mannequin” and the food he prepared was mediocre, Wang said. Apart from that, he has many good sides. She also thinks it’s “great that he’s still ready to cook”. But actually she would wish for a more talkative partner.

In the Twitter-like short message service Weibo, millions of users searched for the videos on Wednesday. In vain, as Wang explained. She deleted them all again after realizing that her involuntary roommate couldn’t cope with the reactions of his friends.