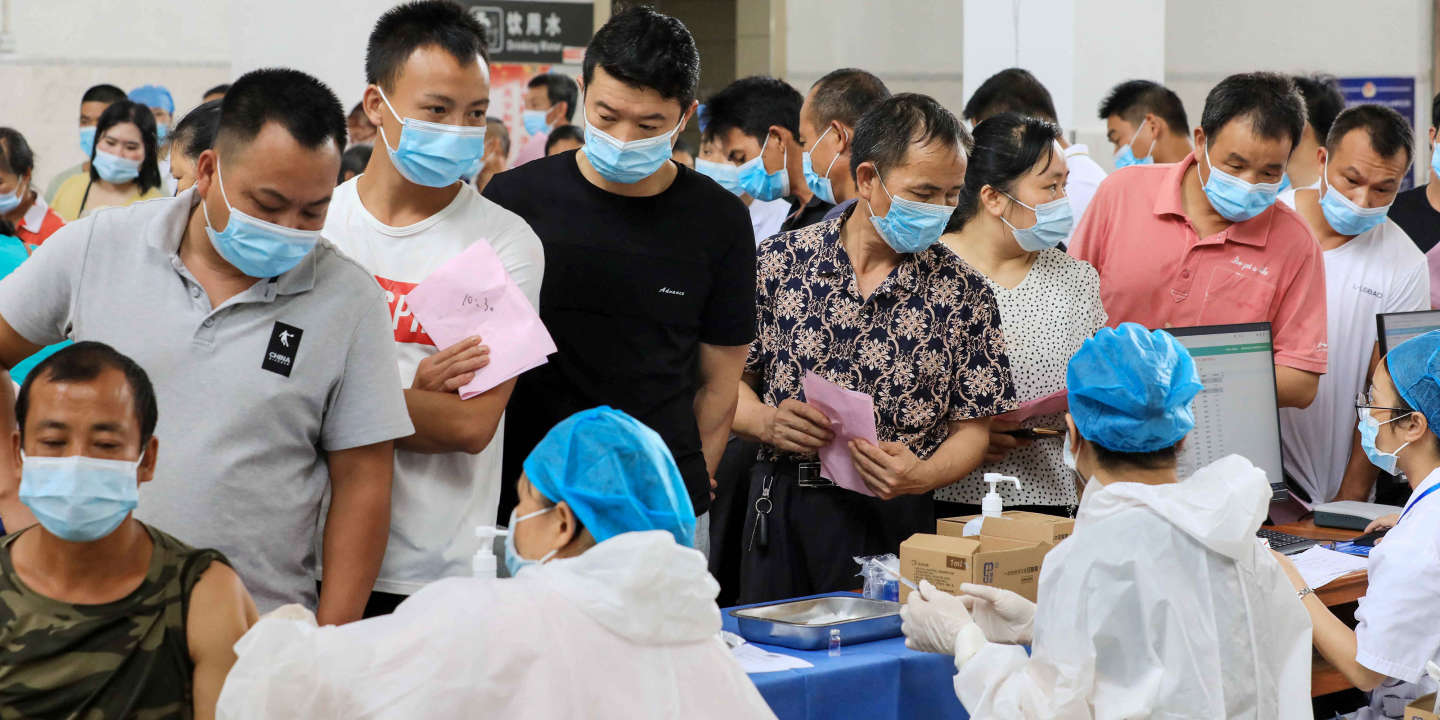 More and more countries doubted the effectiveness of Chinese inactivated vaccines. A study conducted in Hong Kong on more than a thousand patients shows that the Coronavac vaccine, developed by the Chinese laboratory Sinovac, causes the production of ten times less antibodies than the vaccine developed by BioNTech and produced by Pfizer. In recent months, several countries that massively immunized their populations with Chinese inactivated virus vaccines have faced large waves of the epidemic. These vaccines, on the other hand, seem to be satisfactorily effective in preventing severe forms of Covid-19.

This comparison between the two vaccines available in Hong Kong was conducted by researchers at the University of Hong Kong on 1,442 health workers who received two doses of these vaccines. Published in the medical journal The Lancet Microbe, on July 15, the article specifies that the quantity of antibodies is not sufficient to assess the level of immunity conferred by a vaccine, but that “The differences in the concentrations of neutralizing antibodies identified in our study could result in substantial differences in the efficacy of the vaccine”. The researchers add that patients who received Coronavac show similar antibody levels to patients who contracted Covid-19 and are cured.

This further strengthens the evidence for the particularly high efficacy of messenger RNA vaccines compared to traditional technologies such as inactivated viruses. However, the latter have advantages: they can be stored in simple refrigerators, when the Pfizer-BioNTech vaccine requires a temperature of minus 70 degrees for storage longer than a month, an obstacle for its deployment in many developing countries.

In recent months, several countries have experienced significant waves of contamination, despite a high vaccination rate: this is particularly the case of the United Arab Emirates, Seychelles, Mongolia, Chile and Uruguay, which have mainly vaccinated their population with injections from Sinovac and Sinopharm, the two main Chinese producers, both of which use inactivated virus technology. Each time, the mortality concerns rather the unvaccinated but the spread of the virus seems faster than in countries widely vaccinated with a messenger RNA solution, as in Israel, which administered the BioNTech vaccine to its population.

You have 48.79% of this article to read. The rest is for subscribers only.