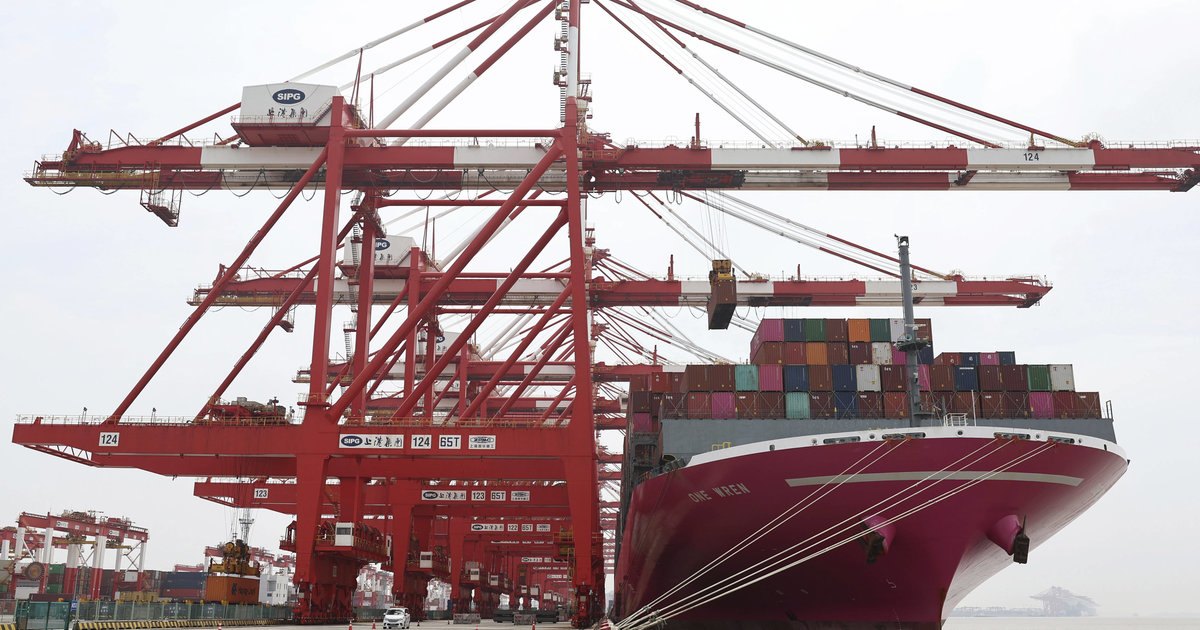 Analysts polled by the Bloomberg agency expected a more pronounced decline (+2.7%), after an increase in March of 14.7% over one year.

Last month, tens of millions of Chinese were confined, especially in the northeast of the country, the cradle of the automotive industry, and especially in Shanghai, which has 25 million inhabitants.

Many multinationals are established there and the Chinese economic capital also has the largest port in China.

The ongoing shutdown of the metropolis is weighing heavily on activity in the country and global supply chains, while the shadow of confinement also hangs over the capital Beijing.

In the other direction, imports from China remained zero over one year. However, this rate is better than that of March (-0.1%) and than analysts’ expectations (-3%).

A year earlier, imports from China had jumped 43.1%, against a backdrop of economic catch-up, after a virtual paralysis of activity during the first epidemic wave in early 2020.

As for the trade surplus of the Asian giant, it reached in April 51.1 billion dollars (48.6 billion euros).

See also  Bankruptcies continued to rise in Switzerland in October