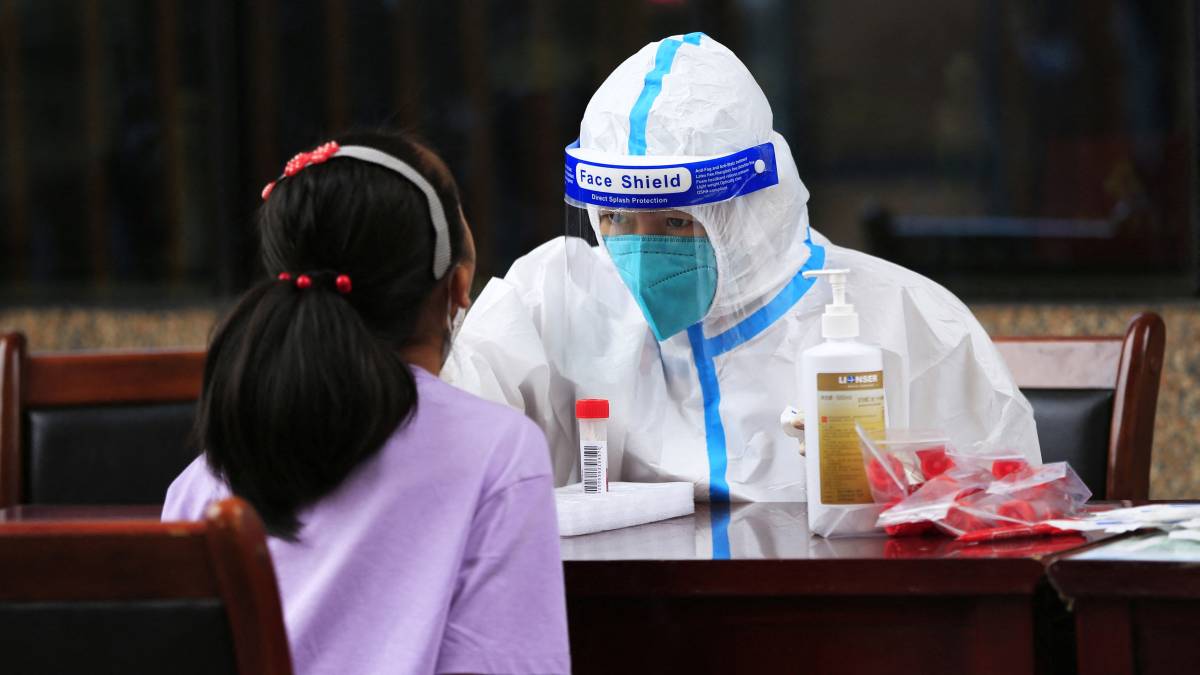 More than 2,000 tourists are in lockdown in the southern Chinese city of Beihai now that the corona virus has flared up again. The city, a popular holiday destination in the Guangxi region, has seen more than 500 infections in the past week. By Chinese standards, this would be a major outbreak.

On Saturday, the local government imposed a lockdown on densely populated areas of the city, including resorts and tourist attractions. People are being tested there en masse and residents are no longer allowed to leave their homes.

The measures also apply to the island of Weizhou, another tourist attraction. The island is an hour’s boat ride from Beihai and is known for its beaches and beautiful coastline. On Friday, tourists were urged to leave Weizhou. Hotels were instructed to pay their guests a fee. All entertainment venues have been closed since Sunday.

The Beihai city council is now deciding what rules will apply to the 2,000 tourists who are detained. The Chinese government’s zero-covid strategy is known for being strict, and it shows in the situation in Beihai. It is probably mainly about Chinese; the borders are mostly closed to foreign tourists.

“China’s zero-covid policy is squeaking and creaking, now that at least ten different variants of omikron have been identified in the country. Every trip has actually been a risk of shorter or longer quarantine for 2.5 years. But the authorities in Beijing have stuck with it. in the strategy, and so far have not considered deviating from it.

Testing, tracing and isolation remain key tools for early containment of outbreaks, but the cost is high: analysts at investment bank Nomura estimate that 41 cities in China are currently partially or completely in lockdown. This involves more than 260 million people.”

The strict lockdowns also mean that the tourism sector in China continues to be hit. Only 160 million domestic journeys were made on Labor Day in May, according to the Ministry of Tourism, a third less than the same period last year.

Last week it was announced that the Chinese economy had its worst quarter in two years. Not only the mainland is suffering from corona, the well-known gambling island of Macau also has to deal with a lockdown. Casinos there have been closed for over a week and people have to stay at home. About 1,700 infections have been counted there since mid-June.

“There is constant testing in more and more places in the country, and you can hardly or no longer go into public life without a negative test evidence.”Close contact‘ you are soon, sometimes even if you happened to be in the same district as someone who later tested positive. Not infrequently, ten days of quarantine follows.

See also  Summer residents were told how to get rid of late blight: 5 golden rules

Also from Shanghai, which had previously been locked up for two months, we have heard from more people in recent weeks that they are once again stuck at home for a shorter or longer period of time. So far it has often been a few days, sometimes longer, but the fear is good.”

Recently, there have also been reports on social media of emergency responders kicking in front doors and demanding house keys to lock people up. Barriers were also built in front of apartment complexes to keep people in and metal bars were welded over doors.

There are also reports of people entering homes to check whether the corona measures are being complied with. This happened in the metropolis of Guangzhou, among other places. There, the homes of people who had already been positively transported to quarantine hotels were broken into. The authorities were looking for their close contacts, who could also spread the virus.

The local city council has since apologized for this and has called it violent behaviour. An investigation would be launched and the people involved would be severely punished.