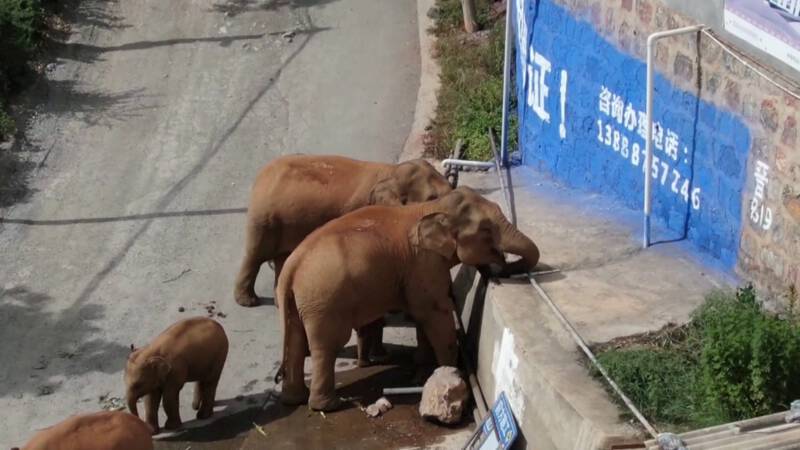 A herd of wild elephants has reached the metropolis of Kunming in China after 40 days and 500 kilometers of walking. Authorities are trying to prevent the elephants, who escaped from a nature reserve, from entering the city.

More than 510 police and other emergency personnel, 64 trucks, 52 emergency vehicles and 14 drones have been deployed to monitor the herd.

Hundreds of vehicles were diverted towards the city yesterday to ensure the safety of the people and elephants. But last night the elephants were briefly ‘lost’ because the drones’ view was obscured by rain. They appeared to be hiding in a group close together, with the young elephants in the middle.

The authorities keep an eye on the elephants with the most modern technologies: