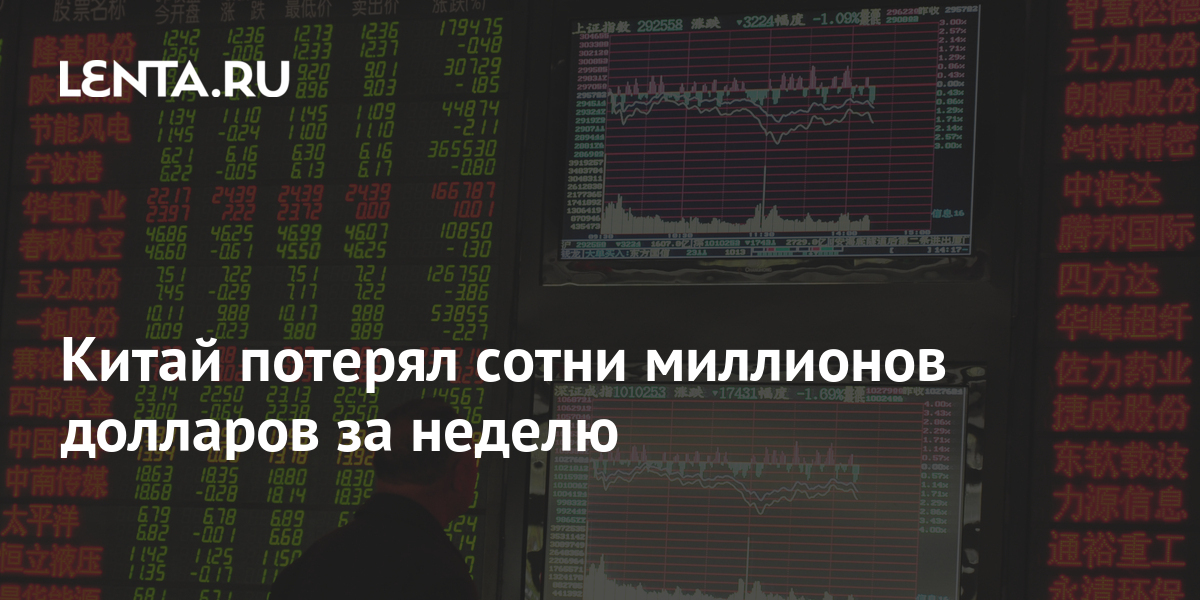 China lost hundreds of millions of dollars in a week: Markets: Economy: Lenta.ru

The Hong Kong Stock Exchange’s Hang Seng Index posted its biggest weekly drop since the peak of the pandemic since March 2020, shedding 5.8 percent. The Hang Seng is down 48 percent since February. The Shanghai Composite Index fell 1.1 percent and blue-chip stocks fell 1.9 percent.

Shares of spirits producers suffered the most in Shanghai. In early August, state-owned media in the PRC came out with criticism of the illegal sale of alcohol and cigarettes to teenagers. Shares in the tobacco company Huabao International Holdings plummeted more than 11 percent. Soon, Kweichow Moutai, the largest spirits producer, was down nearly six percent. The drop came after news that industry officials will meet with regulators to discuss the market situation.

The biggest sell-offs were in the tech sector, which was especially beloved by foreign investors. The churn has intensified after the State Administration for Market Regulation (SAMR) issued draft regulations aimed at combating unfair competition on the Internet. The platforms are supposed to be obliged to open negative reviews and prohibit redirecting customers to their site while they choose a product elsewhere.

Alibaba’s share price hit a historic low for the second day in a row. By the close of trading, they were trading at 157.9 Hong Kong dollars ($ 20.27) apiece. “There is negative news almost every day, so it seems like there’s no end in sight,” said Dave Wang, portfolio manager at Nuvest Capital. He believes that one should stay away from the securities of Chinese companies.