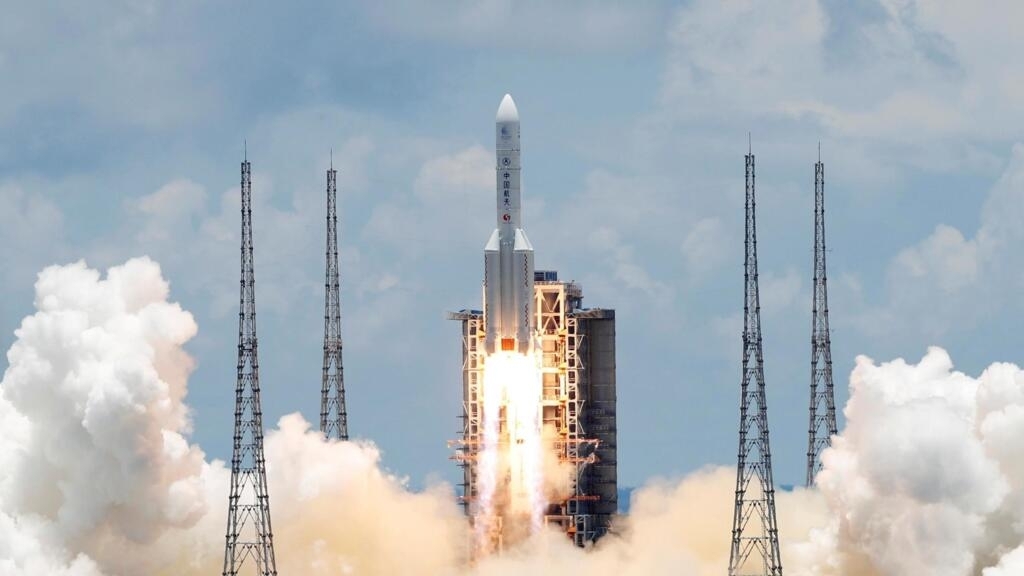 China launched its first independent probe to Mars on Thursday July 23. The mission is to deploy a small remote-controlled robot to explore the red planet.

The probe was propelled by a “Long March-5” rocket, which took off on Thursday in a thick cloud of smoke under the blue sky of the Chinese island of Hainan, in southern China. As always, it’s the same magic of successful launches, reports our correspondent in the region, Stephane Lagarde. Mouths open under the masks and the chorus of “wow! “From the launch pad at the Wenchang base, when the head of the Long March-5 rocket passed the first clouds with the” Tianwen-1 “probe on board (” Questions to the sky-1 “), in tribute to a poem from ancient China that deals with astronomy.

And within about seven months, if all goes well, it should land on the Red Planet. China is taking advantage of the current reduced distance between Earth and the red planet, 55 million kilometers.

With this mission, China hopes to place a probe in orbit, land a lander on Mars, then bring out a small unmanned robot to carry out analyzes on the surface for ninety days: photographs, collection of minerals. … This mission obviously has a scientific, technical, but also political scope. The launch of this Thursday noon was on all laptops in China, because if the feat succeeds, it will be the first time that a non-American unmanned robot has rolled on Mars.

China has already run two small robots on the Moon in 2013 and 2019, but the Earth-Mars distance is 140 times greater than the Earth-Moon path. The success of the mission is therefore not a given.

China is not alone in wanting to send a probe to Mars this year. The United Arab Emirates have propelled their (“Hope”) on Monday and the United States will launch one (“March 2020”) on July 30.

(With AFP and Reuters)