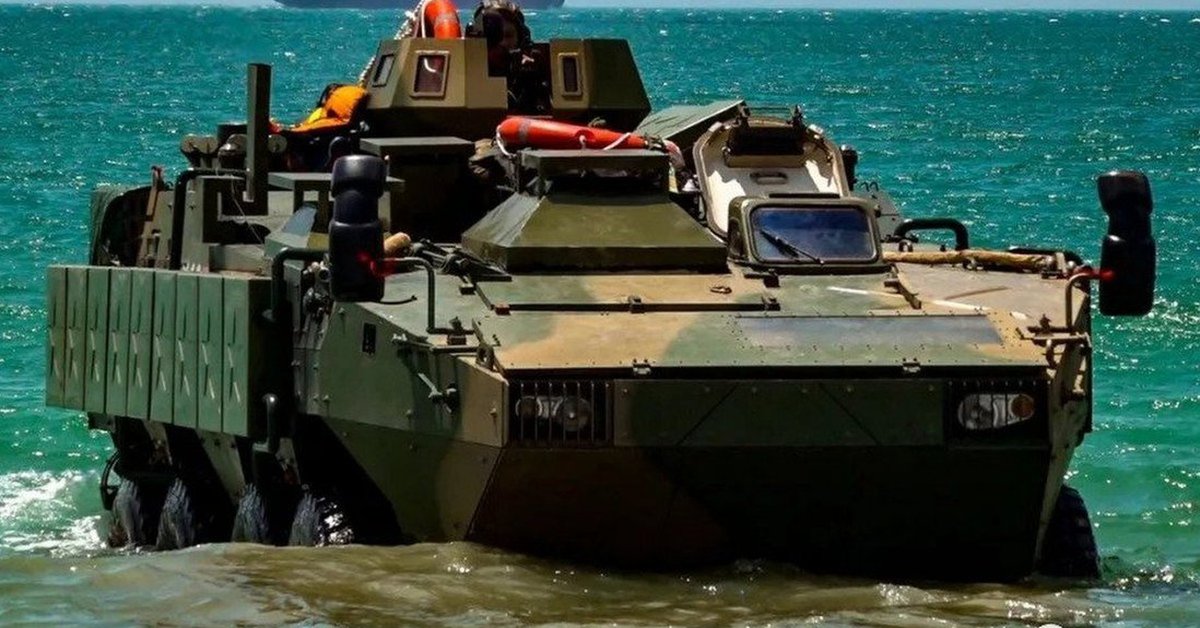 The Chinese exercises against Taiwan, in a screenshot of a video posted on social media by the Army

The Chinese Army conducted an amphibious landing exercise in waters near Taiwan, in a new example of the growing aggression of the regime of Xi Jinping against the independent island that China considers part of its territory.

The exercise was carried out by the 72nd Group of the People’s Liberation Army, as reported on the WeChat social network by the Army Eastern Theater Command. The maneuvers included naval training with the amphibious vehicle transport and conducting an assault landing in unspecified waters south of the province of Fujian, in front of the island.

As part of the exercise, wheeled amphibious armored vehicles entered the dock of amphibious landing ships, which then sailed to a target maritime area where the vehicles left the ship and headed toward a beach, according to video images released by the command.

A separate report from the state broadcaster CCTV said Monday that during training, the 72nd Army Group explored the tactics of emergency loading, long-distance transport, and beach assault in difficult situations at sea, and increased the amphibious combat support capabilities of the troops.

Chinese maneuvers occurred after three US lawmakers made a stopover in Taipei on Sunday, where they announced that Washington to donate 750,000 doses of coronavirus vaccine to Taiwan, which faces a resurgence of the outbreak.

The visit sparked the fury of the Chinese regime, which said it could embolden the “separatist forces” on the island.

Beijing sees democratic and autonomous Taiwan as part of its territory that will one day be taken, by force if necessary, and is it infuriates at any diplomatic attempt to recognize it as an independent nation.

In that framework, Taiwan accuses China of hindering its efforts to secure vaccines, saying it is part of Beijing’s ongoing campaign to isolate the island.

Faced with Chinese attempts, the head of American diplomacy Antony Blink said Monday that the United States will soon begin discussing a trade deal with Taiwan., something that also caused the reaction of Beijing.

Washington broke diplomatic relations with Taipei in 1979 to recognize Beijing as the sole official representative of the ROC.

But The United States remains Taiwan’s most powerful ally and its main arms supplier.

“Taiwan must have the means to defend itself”, especially in view of the prevailing concern about “the growing aggression” on the part of Beijing with its policy towards the island, he reaffirmed Antony Blink on Monday.

Xi Jinping’s Hidden Obsession with Taiwan
The United States will donate 750,000 doses of vaccines to Taiwan to help it face the siege of the Chinese regime
Japan and Australia highlight the importance of preserving “peace and stability” in the Taiwan Strait