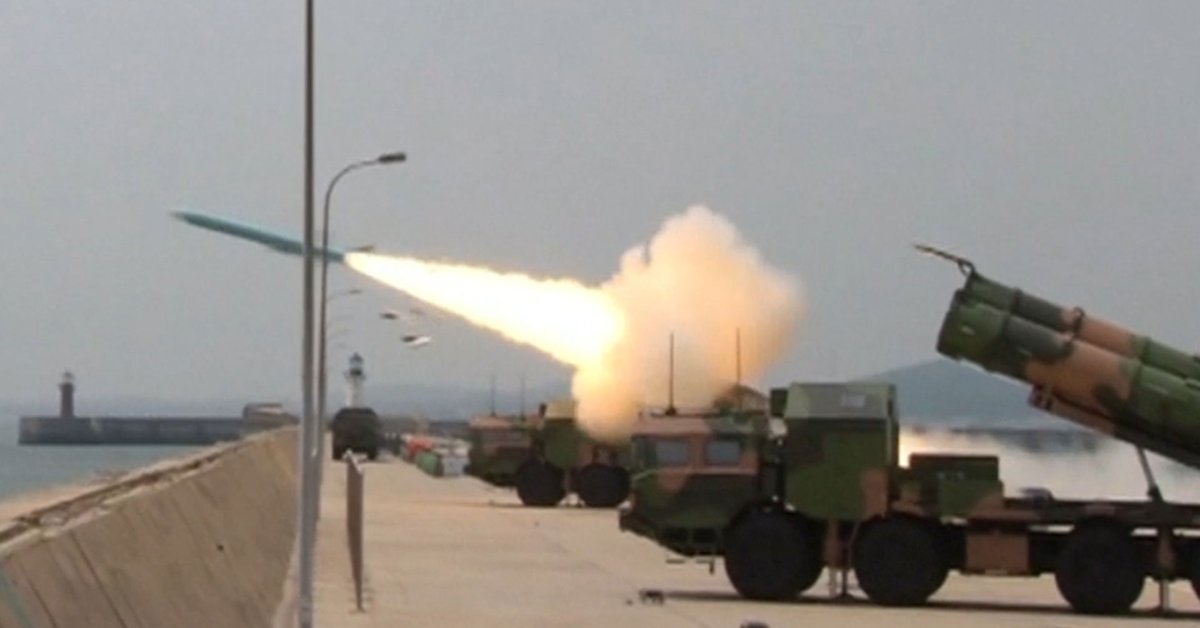 China’s People’s Liberation Army (PLA) held a new military exercise in Fujian province, near Taiwan, one day after the landing of a US plane on the island.

A US Army plane landed in Taiwan last Thursday, just on the day that the director of the American Taiwan Institute, which acts as the US Embassy, Brent Christensent, finish his term to be relieved by the diplomat Sandra Oudkirk, as reported this Sunday ‘The South China Morning Post’.

Following this, a Chinese armored unit carried out on Friday a series of live-fire exercises in waters off the southeast coast of Fujian, indicated the Chinese television network CCTV.

“As first-rate troops based on the southeast coast, we must train hard in scenarios such as actual battles, be prepared for combat at all times, and resolutely safeguard national sovereignty and territorial integrity,” said General Zhu Chaojun to the Chinese media.

The United States is Taiwan’s main ally and the island’s main arms supplier. However, the coordinator for the Indo-Pacific region of the White House, Kurt CampbellHe noted earlier this month that while Washington supports its relationship with Taipei, it does not support Taiwan’s formal independence.

The US Air Force reported last weekend that this month it would send about 25 F-22 stealth jets on an exercise in the western Pacific, an unusually large deployment that experts say, it represents a strong message for the Chinese regime.

Hawaii-based units reported last week that Approximately 25 F-22 Raptors from the Islands Air National Guard and Joint Base Elmendorf-Richardson, Alaska, will be deployed this month to the islands of Guam and Tinian for Operation Pacific Iron 2021.

“We have never had so many Raptors deployed together in the Pacific Air Force area of ​​operations,” he told the US network. CNN The general Ken Wilsbach, commander of said force.

The F-22s are fifth-generation fighter jets, the most advanced in the world, incorporating stealth technologies and connecting on-board sensor systems with external information systems to give their pilots a detailed view of the battle space.

The deployment of the F-22s for the military exercise sends a strong message to China at a time when relations are strained over hot spots in the Pacific such as Taiwan and the South China Sea.said Carl Schuster, a Hawaii-based defense analyst and former director of operations at the United States Pacific Command Joint Intelligence Center, according to CNN. Normal F-22 deployments consist of six to 12 aircraft, it added.

“The Pacific Air Force is showing that it can deploy as many or more fifth-generation aircraft in the theater of operations on short notice than (China) currently has in its entire inventory,” he told the US network.

The Chinese air forces have between 20 and 24 operational fifth-generation aircraftSchuster said, but pointed out that Beijing’s capabilities are improving rapidly.

The United States Air Force has about 180 F-22s in its fleet, although only half are capable of simultaneous missions due to maintenance needs. Therefore, The United States will send about 25% of mission F-22s to exercise Pacific Iron.

The exercises of the Chinese Navy represent a new example of the growing aggression of the Xi Jinping regime against the independent island that China considers part of its territory. Last month the Chinese Army conducted an amphibious landing exercise in waters near Taiwan.

The exercise was conducted by the 72nd Group of the People’s Liberation Army, and the maneuvers included naval training with the transport of amphibious vehicles and conducting an assault landing in unspecified waters south of Fujian province, off the island.

Those Chinese maneuvers occurred after three US lawmakers made a stopover in Taipei on Sunday, where they announced that Washington to donate 750,000 doses of coronavirus vaccine to Taiwan, which faces a resurgence of the outbreak.

For its part, the United States sent a destroyer to the waters of the disputed Paracelsus Islands in the South China Sea on Sunday in a navigation operation that angered Beijing, whose military authorities said they pursued the ship.

The Chinese exercises against Taiwan, in a screenshot of a video posted on social media by the Army

The US Navy, in a statement from the 7th Fleet Public Affairs office, rejected the Chinese statement as false, but did not give details about a possible encounter with PLA forces.

The USS Benfold carried out the operation “in accordance with international law and then continued to carry out normal operations in international waters.”according to the statement. The Chinese statement was “the latest in a long series of actions by China to misrepresent the legal maritime operations of the United States and enforce its excessive and illegitimate maritime claims,” ​​the Navy added.

The Philippines, Vietnam, Malaysia, Taiwan and Brunei claim parts of this strategic sea through which 30% of global trade circulates, in addition to hosting oil and gas fields, while China claims to have sovereignty over these waters in their entirety.

In a statement from the State Department of the North American country, he stressed that “nowhere is the maritime order based on international rules more threatened than in the South China Sea” because “China continues to coerce and intimidate” the countries from Southeast Asia.

With information from Europa Press, AP and CNN

Censorship in China: Xi Jinping’s regime prepares a list of songs that it considers subversive to ban them from karaokes