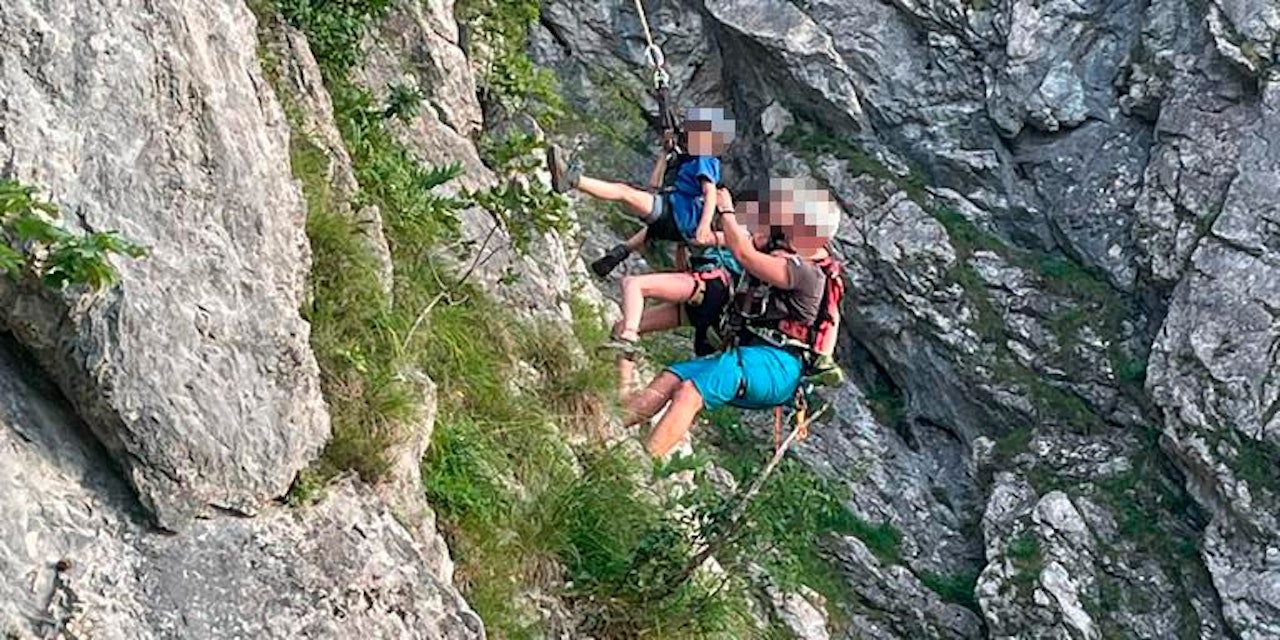 Children with sandals on the mountain – parents should pay €1,700 – Upper Austria

The decision to climb a difficult via ferrata with three children (5, 7 and 12) is now costing a German family dearly.

On Monday, the 37-year-old German and his 34-year-old wife decided with their three children (5, 7 and 12) to climb the 1,261 meter high Mahdlgupf in Steinbach am Attersee (Vöcklabruck district). Parts of the route have difficulty level D, i.e. “very difficult”.

The children were out and about in sandals and only wore bicycle helmets. In the middle of the via ferrata, the family got into mountain distress. “Today” reported. At 5 p.m. they had first reached the key point “chocolate overhang” and then decided to turn back.

A climber became aware of the family and noticed the visibly exhausted, crying children. Although the parents refused any help, he alerted the emergency services via a police emergency call.

They were roped down about 200 meters and rescued from the via ferrata unharmed. At 9:00 p.m., the operation ended shortly before nightfall.

Invoice for around 1,700 euros

See also  Video: Two fishermen who stayed alive by holding on to a refrigerator were rescued in Boston Harbor