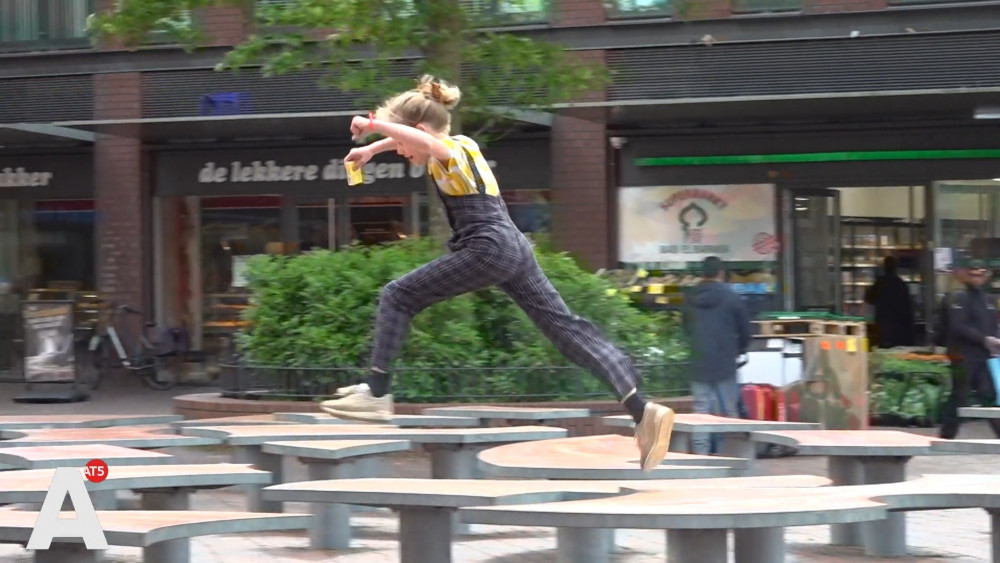 Children mistake artwork in Noord for playground equipment: “It is life-threatening”

It is a familiar sight to many people on the Waterlandplein in Noord: children who jump from one plateau to another from the artwork that stands in the middle of the square. Yet many local residents hold their breath. It often happens that children fall off.

“I understand that some parents are concerned, it is quite dangerous”, say some boys who live in the area. “I do it quite often, because I just like it. But I also went on my mouth once.”

District committee member Ayse Tekin-Konuksever receives almost weekly messages from children who hurt themselves and therefore asked questions in the district committee meeting. “Children who jump often can’t judge the distance and then they hit these sharp edges with their chin or mouth. It’s just life-threatening,” she says. She therefore hopes that the artwork will be removed as soon as possible.

Children regularly stop by the Bekir Ales gift shop for a band-aid or a cloth. “I often see things go wrong,” he says. “I feel sorry for the children. I often tell them not to do it, but they don’t really listen to me.”

A spokesperson for the Noord district says that the work is not a playground. “Around the corner at Waterlandplein is a large playground for children. There are also many other play areas in the area where children can play safely. It was donated to the neighborhood by housing corporation Ymere. The benches serve as a meeting place for the neighborhood with a associated stage where different activities can be organized.”

Tekin-Konuksever: “It is true that it is not a playground, but explain that to a child of five or six. It just has to go as soon as possible.”

See also  New York in a state of emergency due to historical floods; there are nine dead