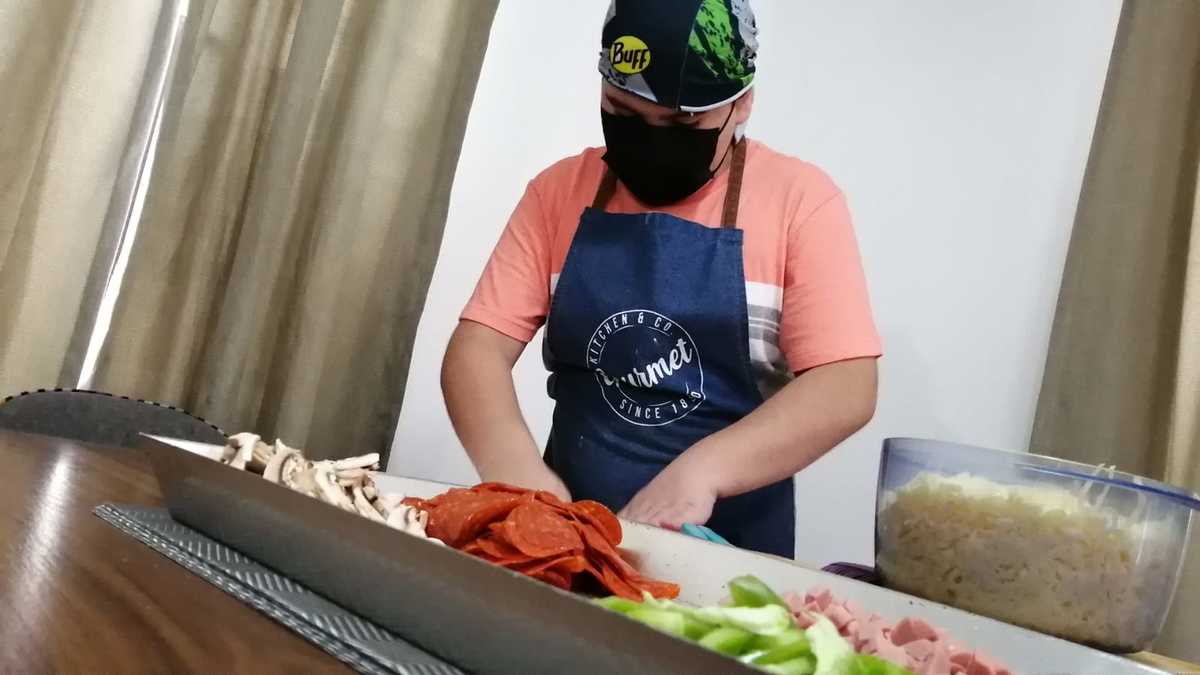 At 13 years old, Frank has started a small homemade pizza business in Tampico with the aim of saving and being able to pay the Medicine career at UNAM once I am of age.

A Francisco Javier Morales Contreras From the age of nine he was struck by the kitchen, he asked his mother to help him prepare different types of dishes.

It was up to last Children’s Day 2020 when he decided to learn how to make a pizza, since in the middle of the pandemic they could not go out due to the risk of contagion from covid-19 and the open establishments had many people lining up.

He chose to use technology and through YouTube he consulted the best recipes, being an Italian who caught his attention and got to work with the help of his parents.

They liked the flavor very much so he began to prepare for his family and it was until a year later, that is, in 2021 when he proposed to take this further and with a purpose that will leave him a good future.

Thus was born what he called Pizzas Frank This weekend, he started with two pizzas, but one of his uncles decided to post it on Facebook and it went viral.

“Since I was a child I have liked to cook, I know how to make many dishes, but now I do it for a dream, which is to pay for my degree as a doctor and one day have my own pizzeria. I never imagined the success I would have in such a short time. I owe my uncle who put me on Facebook and my parents for supporting me. ”

Now they have increased production before the orders made by the Tampico population, whether they go through it to the address located in the Pueblo neighborhood or home delivery.

The phone they can be contacted is at (833) 147-98-32 where their parents answer Francisco Morales and Marcela Contreras who have supported him at all times.

He does not rule out starting his own pizzeria

At least at the same time that he wants to be one of the best doctors, he does not rule out the idea of ​​starting his own pizzeria and thus fulfilling his dreams.

He sent a message to all children and adolescents, so that they dare to pursue their dreams, that if they want to do something they try, it does not matter how old they are, since success can be “just around the corner”.

It should be mentioned that due to the online classes he takes, it is impossible for him to prepare pizza every day, so he will be picking up orders and they will be delivered on weekends when he has little more time.